Forests play a major role in both climate change mitigation and adaptation, but few policies, if any, integrate these two aspects. Using Indonesia and Vietnam as case studies, we identify challenges at the national level but opportunities at the local level. Although both countries demonstrate political commitment to integrating adaptation and mitigation in their development plans, guidelines for policy and planning treat the two approaches separately. The main challenges identified are lack of knowledge, lack of political will, lack of financial incentives, and fragmentation of mandates and tasks of different government agencies. In contrast, at the local level, integration of mitigation and adaptation is facilitated by subnational autonomy, where mitigation projects might have adaptation co-benefits, and vice versa. Our results also show that many actors have a dual mandate that could bridge adaptation and mitigation if appropriate political and financial incentives are put in place. Successful integration of mitigation and adaptation policies would not only remove contradictions between policies, but also encourage governments that are designing domestic policies to exploit the potential for positive spillovers and realize the benefits of both approaches. View Full-Text
Keywords: adaptation; mitigation; synthesis; Indonesia; Vietnam adaptation; mitigation; synthesis; Indonesia; Vietnam
►▼ Show Figures 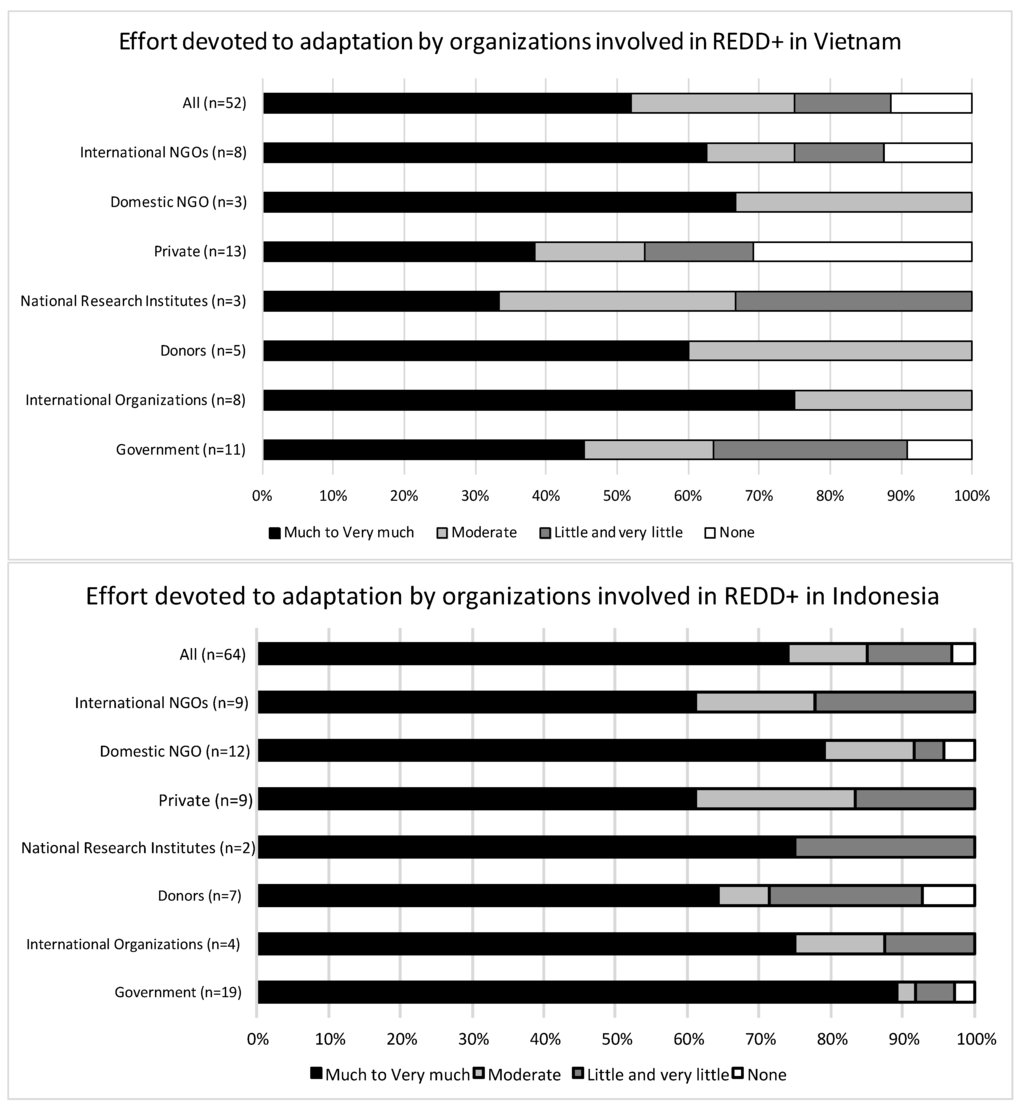