Unmanned aerial vehicle (UAV)-based remote sensing has limitations in acquiring images before a forest fire, although burn severity can be analyzed by comparing images before and after a fire. Determining the burned surface area is a challenging class in the analysis of burn area severity because it looks unburned in images from aircraft or satellites. This study analyzes the availability of multispectral UAV images that can be used to classify burn severity, including the burned surface class. RedEdge multispectral UAV image was acquired after a forest fire, which was then processed into a mosaic reflectance image. Hundreds of samples were collected for each burn severity class, and they were used as training and validation samples for classification. Maximum likelihood (MLH), spectral angle mapper (SAM), and thresholding of a normalized difference vegetation index (NDVI) were used as classifiers. In the results, all classifiers showed high overall accuracy. The classifiers also showed high accuracy for classification of the burned surface, even though there was some confusion among spectrally similar classes, unburned pine, and unburned deciduous. Therefore, multispectral UAV images can be used to analyze burn severity after a forest fire. Additionally, NDVI thresholding can also be an easy and accurate method, although thresholds should be generalized in the future. View Full-Text
Keywords: UAV; multispectral image; forest fire; burn severity; classification UAV; multispectral image; forest fire; burn severity; classification
►▼ Show Figures 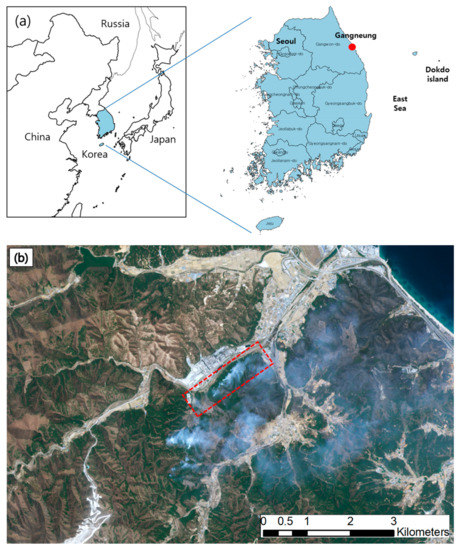