Data were collected by means of a survey by a professional research company in South Korea, from 29 July to 3 August 2021. The research firm keeps a panel of more than 1.3 million individuals with proportionate representation of demographic characteristics of the South Korean population. The survey and consent to participate were approved by the Incheon National University Institutional Review Board (IRB No. 7007971–202106-003A). An e-mail invitation was sent to 10,322 panel members who had been chosen by the firm’s standardized protocol. Of those, 1952 panellists accessed the online survey site through the e-mail, and they were provided with brief information on the purpose of the survey and a consent from, which described the principles of voluntary participation, anonymity, and confidentiality. A total of 1227 respondents agreed to participate in the survey and completed it. The final sample size was 1187, excluding incomplete and potentially insincere responses. The average age of participants was 43.96 years (SD = 13.13, range: 20–69), and 49.1% were male. More than half of the participants (53.4%) had a bachelor’s degree, followed by less than high school (21.7%), some college or associate’s degree (16.1%), and graduate degree (8.8%) levels of education. Median monthly household income ranged from KRW 4.01 to 5.00 million. Table 1 presents descriptive statistics for the sample.

The measures were adapted from the Health Information National Trends Survey (HINTS 5, Cycle 1) [41]. HINTS is a national probability-based survey that has been regularly conducted by the US National Cancer Institute since 2003. The HINTS questionnaires are created to investigate American adults’ need for, access to, and use of health information and health-related behaviours [42]. In this study, the HINTS instrument served as a model to develop the health information trends survey for Koreans. A bilingual (Korean–English) translator translated the instrument from the source language (English) to the target language (Korean), and then another bilingual translator independently back-translated the instrument from the target language to the source language. Next, two experts in the field of health-survey research methods compared the two versions of the instrument to establish concept equivalence.

In addition to the demographic and socioeconomic characteristics, social capital and healthcare quality were measured as social indicators of health. The demographic and socioeconomic factors included gender (mean = 1.51, SD = 0.50), education (mean = 2.49, SD = 0.93), and monthly household income (mean = 4.15, SD = 2.11). Social capital was measured using the following two questions: (1) “How many people can you count on to provide you with emotional support when you need it, such as talking over problems or helping you make difficult decisions?” and (2) “How many friends or family members do you have that you talk to about your health?” Responses were based on a 4-point Likert scale ranging from 1 = not at all to 4 = a lot (mean = 2.78, SD = 0.47, inter-item r = 0.62). To measure healthcare quality, respondents were asked to answer “Overall, how would you rate the quality of healthcare you received in the last 12 months?” Reponses were based on a 5-point Likert scale, ranging from 1 = poor to 5 = excellent (mean = 3.32, SD = 0.67).

2.2.2. Use of mHealth Technologies

The use of mHealth technologies was assessed with the following two items: (1) “How often have you used health and wellness apps on your tablet or smartphone within the last 12 months?” and (2) “How often have you used a smart watch or wristband to monitor or take care of your health within the last 12 months?” Responses were based on a 5-point Likert scale ranging from 1 = not at all to 5 = always (mean = 2.02, SD = 0.98, inter-item r = 0.30).

Health self-efficacy was assessed by a single item, asking participants to rate, “Overall, how confident are you about your ability to take good care of your health?” Responses were scored on a 4-point Likert scale, ranging from 1 = not confident at all to 4 = completely confident (mean = 2.55, SD = 0.56). Health status was measured by one item, asking respondents to evaluate their overall health condition using a 5-point Likert scale, ranging from 1 = poor to 5 = excellent (mean = 3.17, SD = 0.68).

Table 2 provides bivariate correlations for the main variables. To examine the proposed hypotheses and research questions, two sets of hierarchical ordinary-least squares regression analyses were performed for the two dependent variables (i.e., health self-efficacy and health status). In each regression model, gender, education, monthly household income, social capital, and healthcare quality were set as the SDH in the first block, followed by the moderating variable, namely, the use of mHealth technologies, in the second block. Finally, five interaction terms were created and entered in the final block. An interaction term was formed by multiplying the standardized values for independent and moderating variables to remove multicollinearity problems between the interaction term and its components [43].

Despite the limitations noted above, this study makes an important contribution to the literature by pointing to the SDH disparities and empirically demonstrating the effectiveness of mHealth technologies in reducing health disparities. To the extent that future studies support these findings, this work can support the strategies and efforts undertaken by health professionals and policymakers to mitigate health inequalities. This study demonstrates how mHealth technologies can contribute to addressing health inequalities and therefore may be of interest to individuals experiencing or concerned with health inequalities because of their social position.

This study was conducted according to the guidelines of the Declaration of Helsinki and approved by the Institutional Review Board (IRB No: 7007971–202106-003A) from Incheon National University.

The data used and/or analysed during the current study are available from the corresponding author on request. 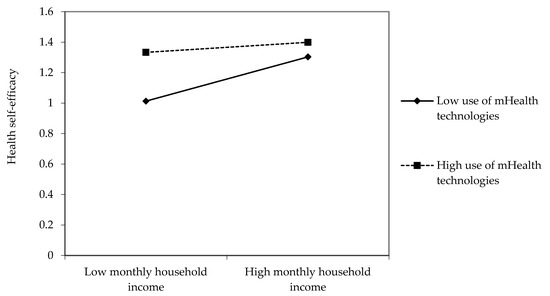 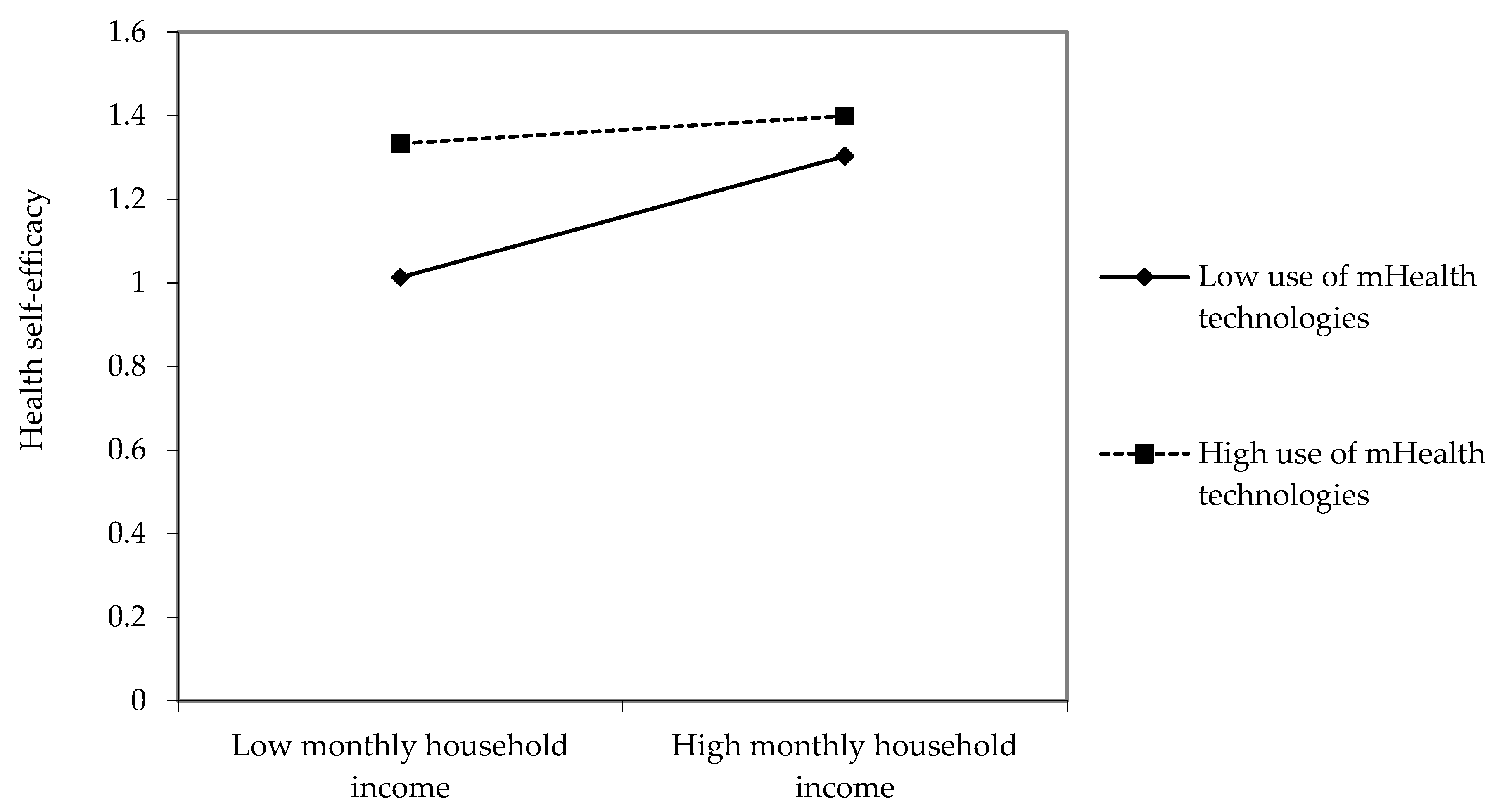 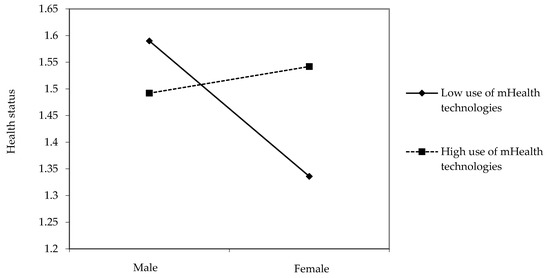 Table 3. Results of hierarchical regression analyses of health outcomes.
Table 3. Results of hierarchical regression analyses of health outcomes.
Note. N = 1122. Cell entries standardized beta coefficient for Blocks 1 and 2, whereas cell entries are before-entry standardized beta coefficient for Block 3. p-Values for “∆R2” and “Total R” statistics result from F-change and F-test, respectively. * p < 0.05, ** p < 0.01, *** p < 0.001.
© 2022 by the author. Licensee MDPI, Basel, Switzerland. This article is an open access article distributed under the terms and conditions of the Creative Commons Attribution (CC BY) license (https://creativecommons.org/licenses/by/4.0/).
We use cookies on our website to ensure you get the best experience. Read more about our cookies here.
Accept
We have just recently launched a new version of our website. Help us to further improve by taking part in this short 5 minute survey here. here.
Never show this again