This cross-sectional study aimed to determine the use of neuroenhancers, the motivations and factors associated with their use in French and Romanian university students. Students from two universities in France (Rouen and Opal Coast University) and one in Romania (Cluj-Napoca) were asked to complete a self-administered anonymous questionnaire, either online or on paper, about the use of three different categories of substance: Prescription drugs (methylphenidate, modafinil, and beta-blockers), drugs of abuse (alcohol, cannabis, cocaine, and amphetamines), and soft enhancers (coffee, vitamins, caffeine tablets, and energy drinks). In total, 1110 students were included: The users were 2.2% for prescription drugs, 4.3% for drugs of abuse, and 55.0% for soft enhancers. Students used neuroenhancement to stay awake for study (69.3%), to improve concentration (55.5%), to decrease stress (40.9%), and to improve memory (39.6%). Neuroenhancement was considered to meet expectations by 74.4% of users. The factors associated with the use of drugs of abuse were frequent binge drinking (Adjusted Odds Ratio—AOR: 6.49 [95% CI: 2.53–16.6]), smoking (AOR: 5.50 [95% CI: 2.98–10.14]), having a student job (AOR: 2.42 [95% CI 1.13–5.17]), and being male (AOR: 2.23 [95% CI:1.21–4.11]). No significant associations with eating disorders were detected for any of the three categories of substances. University students reported neuroenhancement with prescription drugs, drugs of abuse, and mainly soft enhancers. These substances were used mainly to increase the waking hours. Educational programs in universities seem to be required in order to increase student awareness of the problems caused by neuroenhancements, and to decrease the associated risks by changing students’ attitudes and beliefs.
Keywords: neuroenhancement; prescription drugs; drugs of abuse; soft enhancers; students neuroenhancement; prescription drugs; drugs of abuse; soft enhancers; students

Neuroenhancement in healthy subjects is the improvement of cognitive, emotional and motivational functions through the consumption of various categories of substances [1]. Cognitive enhancers may be readily available substances, such as caffeine and energy drinks, or psychostimulants, when used to improve cognitive functions [2]. Caffeinated products, food supplements, and energy drinks are considered “soft enhancers”, whereas prescription drugs (beta-blockers, modafinil, and methylphenidate) and drugs of abuse (alcohol, cannabis, cocaine, and amphetamines) are defined as “neuroenhancers” [3]. University students are at high risk of neuroenhancement [4]. Some studies suggested that neuroenhancers were helpful for improving concentration, making it possible to study for longer [5], to increase working memory performance, to boost self-esteem, and to cope with stressors (academic overload, competition with peers, constant pressure to succeed, financial burden) [5,6]. This risky behavior appears to increase the likelihood of using the stimulant again, at higher doses and/or in combination with drugs.
There are numerous concerns regarding neuroenhancement in Europe [4,7,8,9,10,11]. A study of Swiss university students found that 13.8% had tried to enhance their cognitive performance at least once with prescription drugs (7.6%) or drugs of abuse (7.8%) [4]. In France, data relative to neuroenhancement among university students are scarce. In the English literature, only two studies were published. The first one, conducted in 2014, reported that among a non-representative sample of 206 medicine and pharmacology students questioned, 67.4% declared to have consumed at least one cognitive enhancer in the past year: The majority consumed vitamin C (84.8%) and caffeine tablets (71.9%), and only 5.8% used prescription drugs [12]. The second study was conducted in 2016. Lifetime prevalence of cognitive enhancer use among undergraduate and postgraduate medical students was 33%. The commonly used substances were caffeine tablets and energy drinks (29.7%), followed by prescription drugs (6.7%) and illicit drugs (5.2%) [10]. These studies investigated prevalence of neuroenhancement only among health students, while neglecting participants with other curriculums who are also susceptible to consume neuroenhancers. Furthermore, the investigated substances do not represent all categories of substances consumed for cognitive enhancement [10,12].
When comparing the different countries, the highest lifetime prevalence rates of alcohol and drug use were found among Eastern European countries [13,14]. This high prevalence of drugs and alcohol use in the general young population could influence their use exclusively for the purposes of cognitive enhancement in Romanian universities. To date, no studies have been performed to either confirm or refute this hypothesis.
There is no study investigating the prevalence of all categories of cognitive enhancers among French and Romanian students with different study curriculums. We conducted a cross-sectional study to determine the use, motivations, and factors associated with the use of soft enhancers, drugs of abuse, and prescription drugs among French and Romanian university students.

Data about age, sex, grant-holder status, student employment status, smoking and binge drinking (never, occasional: Once a month or less, and frequent: Twice a month or more) were collected.

The Perceived Stress Scale (PSS) is the most widely used psychological instrument for measuring the perception of stress [15]. It assesses the perceived state of stress by allowing the subjects to estimate the extent to which they can control a situation. Each of the 10 items is scored from 0 to 4. Higher scores correspond to higher levels of perceived stress (linear relationship). The score measured in this way allowed to make comparisons between individuals.
Eating disorders (ED): The SCOFF questionnaire is a screening tool for identifying the risk of EDs, such as anorexia nervosa, bulimia nervosa, and other unspecified EDs in young adults. It gives a score from 0 to 5, according to the number of positive answers. This questionnaire has been shown to be a highly effective screening instrument, with excellent sensitivity and specificity for detecting EDs on the basis of at least two positive answers [16]. A positive SCOFF score indicates that there were at least two positive responses to the five “yes/no” questions. This questionnaire was translated into French and the translated version (SCOFF-F) was validated [17]. The same SCOFF free access self-reporting questionnaire was used in Cluj-Napoca university [18].

2.2.4. Assessment of Substance Use for Neuroenhancement

The questions were related to the individual consumption of each psychoactive substance to improve individual performance during revisions or examinations, in a non-festive setting. Three categories of substances were defined. (1) Prescription drugs included beta-blockers, methylphenidate and modafinil. (2) Drugs of abuse included alcohol, cannabis, cocaine, and amphetamines, and (3) “Soft enhancers” included coffee, vitamins, caffeine tablets, and energy drinks. The possible answers were never, once, sometimes (unsystematic use for each examination but used more than once) or regularly (use for each examination). For prescription drugs and drugs of abuse, because of the low frequency of consumption, never was classified as no, and once, sometimes, or regularly was classified as yes. For soft enhancers, never or once was classified as no and sometimes or regularly as yes. The specific reasons for neuroenhancement use: Staying awake, improving concentration, improving memory, and reducing stress were reported and whether these reasons applied never, sometimes, often, or always. Students were also asked to indicate whether their substance use met the expectations (no, partially, fully, don’t know) and any symptoms experienced at least once after substance use (loss of appetite, anxiety, panic attack, aggressiveness, excessive sweating, sleep disorder, weariness, palpitation, and weight loss).

2.2.5. Other Assessment of Substance Use

Individuals were considered to be regular smokers if they smoked at least one cigarette/day, and regular cannabis users if they used it at least 10 times/month [19]. Students who reported drinking five alcoholic drinks (four for female students) in a single sitting at least once per month were classified as regular binge drinkers, and those doing so but at a lower frequency (less than once per month) were considered to be occasional binge drinkers [20,21]. Cannabis use and binge drinking were recorded for the purpose of a recreational context.

No students were involved in setting the research questions. Students were invited to participate in the study by each university. The main results will be displayed on the website www.tasanteenunclic.org (accessed on 3 March 2021).

Categorical variables were described as percentages and 95% confidence interval (CI) and compared using Fisher’s exact test. Continuous variables were described by their mean and Standard Deviation (SD) and were compared using the Student’s t test. p-values < 0.05 were considered significant. A logistic regression was performed to evaluate the independent factors associated with the consumption of soft enhancers and drugs of abuse. Prescription drugs were not included in the multivariate analysis because of the small number of users (n = 24). Model 1 included sociodemographic variables (sex, age, university, student job, grant-holder status, curriculum, academic year), Model 2 was defined as model 1 + smoking and Model 3 as model 1 + binge drinking. Adjusted odds ratios (AORs) and their 95% CI were calculated.

3.1. Baseline Characteristics of the Study Population

Most respondents (55.0%; 95%CI (52.0–56.0)) reported the use of soft enhancers. Drugs of abuse (4.3%; 95%CI (3.1–5.7)) and prescription drugs (2.2%; 95%CI (1.4–3.3) were less used. The use of neuroenhancer over the last year is shown, by product and by university, in Table 2. Beta-blockers and methylphenidate were the most frequently used prescription drugs. Alcohol and cannabis were the most prevalent drugs of abuse, with stimulants, such as cocaine and amphetamines, much less frequently consumed for neuroenhancement purposes. For the substances in the soft enhancers category, 45.3% of the students used coffee, 26.9% used vitamins and 10% used energy drinks. Caffeine tablets were rarely used. Neuroenhancement was more prevalent among Romanian than French university students for all three categories of substances considered.

3.4. Reasons for Neuroenhancement, Side Effects and Satisfaction

The main motivations for using neuroenhancement are shown, by frequency (never, sometimes, often, and always) in Figure 1. The motivations for using a neuroenhancer were to stay awake while working (69.3%), to improve concentration (55.5%), to reduce stress (40.9%), and to improve memory (39.6%).
The most common adverse effects reported after the consumption of neuroenhancers were sleep disorders (16.4%), palpitation (11.9%), and weariness (7.9%) (Figure 2).
Three-quarters of the students reported that their neuroenhancement use met their expectations (partial for 58.5% and full for 15.9%), 40.5% of students declared an improvement (partial for 36.5% and full for 4%) in their academic performance, and one quarter did not know (Figure 3).

For the first time, different kinds of enhancers, motives, and factors associated with neuroenhancement have been highlighted among university students of Western and Eastern countries. Half of the students in the present study had used a substance at least once to improve academic performance, mostly coffee and vitamins. Neuroenhancement was strongly positively associated with frequent binge drinking and smoking behaviors. Despite the adverse effects experienced, most respondents reported that neuroenhancement fulfilled their expectations. Effective French-Romanian projects should be implemented to reduce the use of neuroenhancement and its negative consequences for health and social interactions. It would be relevant to continue with larger studies to narrow down the uses of neuroenhencers. Furthermore, prevention and screening materials tailored to Western and Eastern countries should be developed to help reduce substance use for neuroenhancement and its consequences among university students.

A wide range of use of products for neuroenhancement, prescription drugs, drugs of abuse, and soft enhancers were assessed. Motivations and characteristics of the users of neuroenhancement were identified among university students in France and Romania. It was a convenience sample, which could lead to a selection bias with an under or overestimation of the neuroenhancement use.

Please add “The study was conducted according to the guidelines of the Declaration of Helsinki, and approved by the Institutional Review Board (or Ethics Committee) of Rouen University Hospital (E2016-01).”

Please add “Informed consent was obtained from all subjects involved in the study.”

All available data can be obtained by contacting the corresponding author. 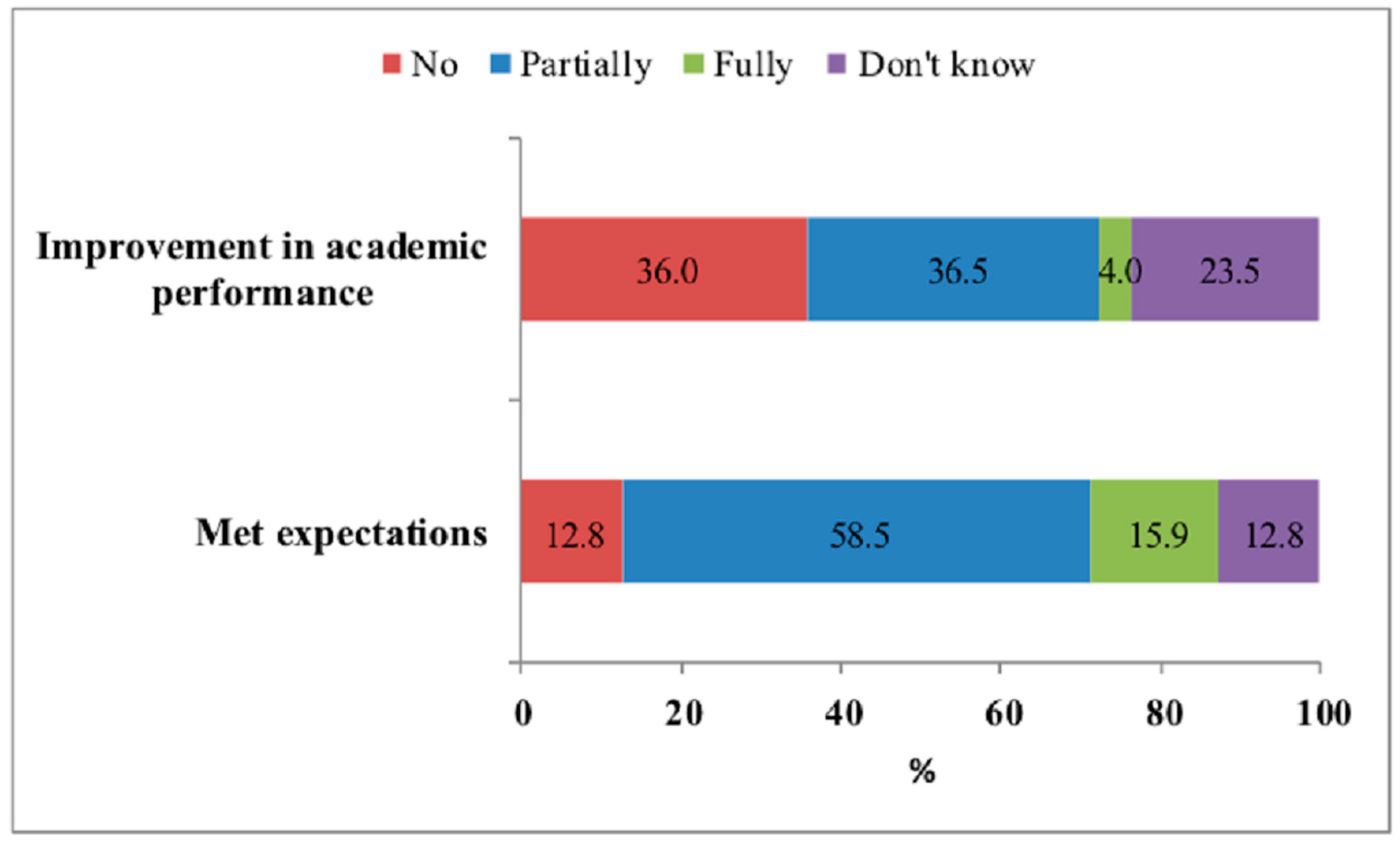