This study aimed to assess the association of exposure to particle-bound (PM2.5) polycyclic aromatic hydrocarbons (PAHs) with potential genotoxicity and cancer risk among children living near the petrochemical industry and comparative populations in Malaysia. PM2.5 samples were collected using a low-volume sampler for 24 h at three primary schools located within 5 km of the industrial area and three comparative schools more than 20 km away from any industrial activity. A gas chromatography–mass spectrometer was used to determine the analysis of 16 United States Environmental Protection Agency (USEPA) priority PAHs. A total of 205 children were randomly selected to assess the DNA damage in buccal cells, employing the comet assay. Total PAHs measured in exposed and comparative schools varied, respectively, from 61.60 to 64.64 ng m−3 and from 5.93 to 35.06 ng m−3. The PAH emission in exposed schools was contributed mainly by traffic and industrial emissions, dependent on the source apportionment. The 95th percentiles of the incremental lifetime cancer risk estimated using Monte Carlo simulation revealed that the inhalation risk for the exposed children and comparative populations was 2.22 × 10−6 and 2.95 × 10−7, respectively. The degree of DNA injury was substantially more severe among the exposed children relative to the comparative community. This study reveals that higher exposure to PAHs increases the risk of genotoxic effects and cancer among children. View Full-Text
Keywords: polycyclic aromatic hydrocarbons (PAHs); children; DNA damage; industry polycyclic aromatic hydrocarbons (PAHs); children; DNA damage; industry
►▼ Show Figures 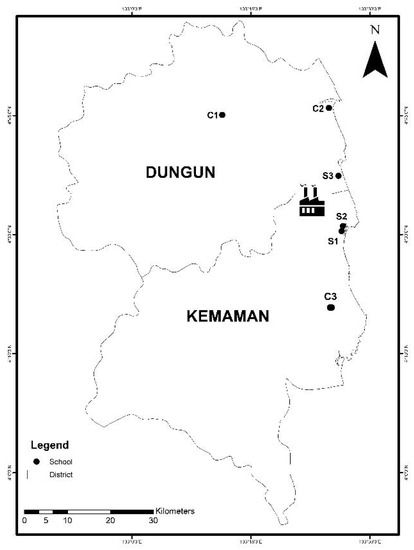