Work Engagement among Prison Officers. The Role of Individual and Organizational Factors in the Polish and Indonesian Penitentiary Systems

Crime is among the most significant social problems. Efforts to combat and prevent crime are elements of every country’s social and criminal policy [1,2]. It is realized through the activities of various services, such as the courts, prosecution, prison service, police, social workers, and probation officers. The current study focused on the latter service, which significantly differs from the others due to the nature of its tasks. The work of probation officers is characterized frequent and direct contacts with clients as well as the necessity to initiate and coordinate cooperation between appropriate institutions of support. Probation officers must face bureaucracy, which often hampers and delays effective provision of help to their clients. The conflict-prone character of this occupation is also expressed in its need to combine two contrasting demands: on the one hand, those of a formal agent executing court rulings, and on the other, those of an informal helper seeking to improve the social, legal, economic, and psychological conditions of their clients [3].
The work of a probation officer is highly stressful [4] and occupational burnout is frequent [5]. The current study focused on this issue and analyzed it with respect to styles of coping with stress. Its aim was thus to analyze the relationship between coping styles and the likelihood of experiencing occupational burnout symptoms among probation officers. Our research is important because it addresses the important problem of the relationship between coping styles and professional burnout. Research [6] shows that overworked and stressed employees are more exposed to burnout and their individual reactions to stress cannot be ignored in social and psychological studies concerning this matter. Working of this problem required analysis of socio-demographical variables such as age, sex, work experience, and specialization, which were identified by White et al. [7], Pitts [8], and Simmons et al. [9] as factors related to burnout.
The study was established by way of statistical analysis of data from two research methods: the Coping Inventory for Stressful Situations (CISS) and the Maslach Burnout Inventory (MBI). The analyses also included such factors as work experience, probation specialization, gender, and age as potential determinants of occupational burnout.
Workplace stress is a phenomenon that has been well recognized. Many psychological and social studies provided a lot of knowledge about the complexity of this kind of stress, its factors and intensity. However, the specificity of workplace stress depends on the type of professional groups that are exposed to it. Therefore, the diagnosis of particular workplace stress determinants and its psychological predictors is important. This article is an attempt of diagnosis that is grounded in the Polish context of working of probation officers. The justification for undertaking such research was the fact that earlier this professional group was not covered by them (to such a wide extent), and due to the significant differences between the system of probation in Poland and such systems in other countries, the use of other studies to describing this phenomenon was insufficient and could lead to erroneous conclusions. Piotrowski’s [10] research on correctional staff verified the role of styles of coping with stress in explaining the overall level of burnout in multiple regression. The author did not undertake the analysis of the multiple regression model for individual dimensions of burnout (emotional exhaustion, a sense of personal achievements, and depersonalization) and styles of coping with stress. An important area of Piotrowski’s research was to examine the differences between individual personality dimensions using the Costa and McCrae’s NEO-PI-R test and the overall result of occupational burnout. We plan to investigate the relationship between probation officer burnout and personality in further research.
The results of this study are important because of the practical applications. Firstly, probation officers themselves can use them, because thanks to them it is possible to learn the best strategies for coping with stress and professional burnout. Secondly, our study may also encourage employers of probation officers to take measures to protect employees from severe stress, as its consequence is lower efficiency of their work.

The Nature of Probation Officers’ Work in Poland

The main aim of the study was to assess the relationship between occupational burnout levels among Polish probation officers and styles of coping with stress that they prefer. Based on the theoretical considerations presented in the introductory paragraph, the following research questions were formulated:

The study used psychological measures. It was carried out in nine randomly selected court districts in Poland where probation offices are located. A total of 1000 probation officers received the questionnaire set, out of which 602 have returned them. Two hundred and twelve sets were excluded from the analysis due to various formal issues, for example missing data or patterns strongly suggesting random answers. Three hundred and ninety complete questionnaire sets were included in the data analysis. It was carried out using the IBM SPSS Statistics 26.0 software. The multiple regression model, parametric significance test for independent samples, and A. Hayes’ PROCESS macro for moderation analyses were used.
It is important to highlight that all participants gave their informed consent for inclusion before they participated in the study. They were informed about the anonymity, the data protection procedure and the guarantee of privacy.

The research sample consisted of 390 professional probation officers. The majority were women, which reflects the distribution of the population of this professional group in Poland. The largest group of probation officers are people aged 38 to 48. Every fifth respondent is in the 49–64 age group. The average age of a probation officer is 40 years (M = 40.72, SD = 8.60). In most cases, participants had less than 14 years of professional experience. The most experienced constitute 3% of research participants. The average work experience in the study group is 10 years (M = 10.51, SD = 7.27). More than half of the respondents deal with the enforcement of court decisions in criminal cases, while slightly fewer work with the family and minors.
Table 1 shows a detailed description of the sample, including frequencies and percentages.

2.4. Measures and Strategy of Analysis

The study utilized the Coping Inventory for Stressful Situations (CISS) by N. S. Endler and J. D. A. Parker in the Polish adaptation by J. Strelau, K. Wrześniewski, and P. Szczepaniak [51]. The CISS comprises 48 items describing various behaviors in stressful situations. The respondents indicate, on a five-point scale, the likelihood of engaging in a given behavior in a difficult, stressful situation. The results are described on three scales:
The second measure used was the Maslach Burnout Inventory (MBI) created by Maslach and Jackson. It allows for assessing three aspects of the occupational burnout syndrome: emotional exhaustion, depersonalization, and a sense of personal accomplishment. It includes 22 items divided into three unequal groups, with each group concerning one aspect. The emotional exhaustion scale comprises nine items, the depersonalization scale of five items, and the sense of personal accomplishment scale of eight items. The items in the emotional exhaustion and depersonalization are formulated negatively, while the items in the sense of personal accomplishment are formulated positively. Thus, results are calculated separately for each scale. High scores on the emotional exhaustion and depersonalization, and low levels of personal accomplishment are associated with high levels of burnout. The MBI has good psychometric properties and is the most frequently used measure in studies of burnout [52,53]. It is multidimensional in nature and was thus used to examine whether the three dimensions of burnout are related to different coping styles among Polish probation officers. A demographic survey was also included with the two measures.

In sum, a statistically significant relationship between preferred styles of coping with stress and the occupational burnout syndrome exists for probation officers. The emotion-focused coping style facilitates emotional exhaustion among probation officers. Thus, effective and rational coping aimed at removing or minimizing stressors should be promoted instead of wishful thinking and fantasizing. Because of its character, the work of a probation officer involves many stressful situations. Thus, there exists a real need for probation officers to engage in behaviors oriented at reducing the accompanying emotional tension. Not undertaking concrete, problem-solving action often causes directly opposite results, further increasing psychological tension and negative emotions. Using cognitive processes intended to solve problems or change the stressful situation facilitates a sense of high professional achievement among probation officers, which protects them against a sense of incompetence, low productivity, and critical self-esteem.
A necessary element of effective burnout prevention involves changes in workplace organization, taking into account the employee’s relationship with their work and considering the emerging problems not only from the employee’s perspective, but also that of the workplace. The main goal of the organizational strategy should be to create structural and management procedures aimed at promoting engagement and preventing burnout. To this end, data on the organization pertaining to six areas of interest (workload, control, pay, community, justice, and values) as well employee engagement should be gathered. Next, appropriate interventions should address the structure and practices of the management [58]. Management solutions that promote innovation, increasing employee competences, motivating and rewarding engaged probation officers, as well as improving communication between judges, probation officers, and management should be considered [62] (p. 92).

One strength of the current study was its large sample, which included probation officers from all over Poland, specializing both in adult as well as in family and juvenile cases. This allowed for capturing the specifics of coping styles used by probation officers as well as the associations between these styles and burnout levels. However, the current study also has some limitations. One is the fact that it involved only probation officers in Poland. This has already been addressed in an ongoing research project seeking to include probation officers from other countries. Such a project is possible because the employed measures, the Coping Inventory for Stressful Situations (CISS) and the Maslach Burnout Inventory (MBI), are standardized. Another limitation is the lack of in-depth interviews with the probation officers. Such data would allow for a more detailed description of situations that probation officers find especially stressful, as well as the coping styles they use in specific circumstances. This is also addressed by the research project in development. Thus far, studies involving juvenile probation officers showed that they exhibited limited strategies of coping with burnout symptoms. They have also reported that burnout had a negative influence on their relationships with their clients (they became less tolerant or more demanding). A few probation officers indicated that support from coworkers and supervisors helped them cope with the feeling of burnout. Others considered support from the family to be the most important [63]. Of interest is also the result that the quality of the relationship with socially maladjusted youth determined the probation officers’ task effectiveness [64]. This suggests that further studies of probation officers using qualitative and quantitative measures are warranted.

Data available on request due to restrictions e.g., privacy or ethical. The data presented in this study are available on request from the corresponding author. The data are not publicly available due to the privacy and professional specificity of the people who took part in this research and who work the Polish probation system. 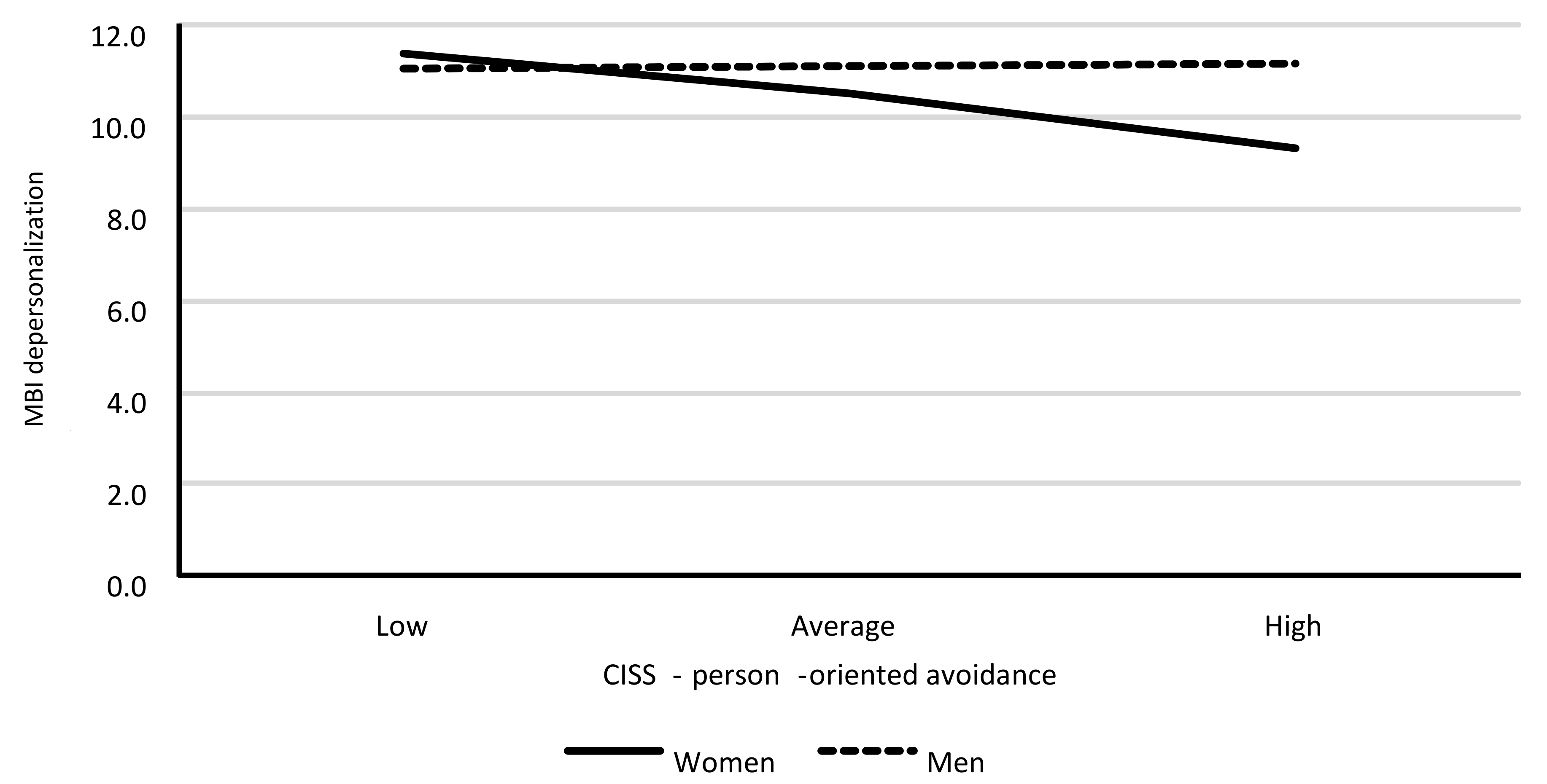 Table 14. Unstandardized coefficients for Model 4.
Table 14. Unstandardized coefficients for Model 4.
* p < 0.050; *** p = 0.000.
© 2021 by the authors. Licensee MDPI, Basel, Switzerland. This article is an open access article distributed under the terms and conditions of the Creative Commons Attribution (CC BY) license (http://creativecommons.org/licenses/by/4.0/).
We use cookies on our website to ensure you get the best experience. Read more about our cookies here.
Accept
We have just recently launched a new version of our website. Help us to further improve by taking part in this short 5 minute survey here. here.
Never show this again