This paper studies the time and space mapping of the electromagnetic field (EMF) exposure induced by cellular base station antennas (BSA) using artificial neural networks (ANN). The reconstructed EMF exposure map (EEM) in urban environment is obtained by using data from EMF sensor networks, drive testing and information accessible in a public database, e.g., locations and orientations of BSA. The performance of EEM is compared with Exposure Reference Map (ERM) based on simulations, in which parametric path loss models are used to reflect the complexity of urban cities. Then, a new hybrid ANN, which has the advantage of sorting and utilizing inputs from simulations efficiently, is proposed. Using both hybrid ANN and conventional regression ANN, the EEM is reconstructed and compared to the ERM first by the reconstruction approach considering only EMF exposure assessed from sensor networks, where the required number of sensors towards good reconstruction is explored; then, a new reconstruction approach using the sensors information combined with EMF along few streets from drive testing. Both reconstruction approaches use simulations to mimic measurements. The influence of city architecture on EMF exposure reconstruction is analyzed and the addition of noise is considered to test the robustness of ANN as well. View Full-Text
Keywords: EMF exposure; radiofrequency; artificial neural network; locally-connected layers; EMF sensor network EMF exposure; radiofrequency; artificial neural network; locally-connected layers; EMF sensor network
►▼ Show Figures 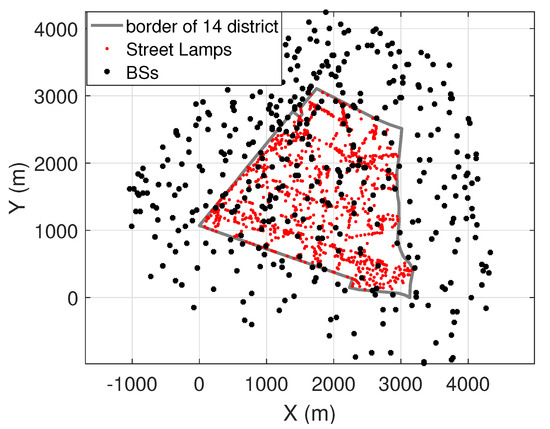