Connected at Sea: The Influence of the Internet and Online Communication on the Well-Being and Life Satisfaction of Cruise Ship Employees
Next Article in Special Issue

Mindfulness versus Physical Exercise: Effects of Two Recovery Strategies on Mental Health, Stress and Immunoglobulin A during Lunch Breaks. A Randomized Controlled Trial

In order to obtain a homogeneous sample within the framework of the service sector, the selection of participants followed two inclusion criteria: mid-level professionals of the same organization, in this case team leaders, with medium levels of perceived stress at 0.35 (SD = 0.14) according to the Perceived Stress Questionnaire [75], with a total result of n = 123. That was chosen to ensure room for improvement and was derived from the probability scores found by Cohen and Janicki-Deverts [76]. The sample excluded workers (n = 29) who already practiced MM (n = 2) or PE (n = 20) more than once a week or who suffered some type of mental illness (n = 4 needed medication for depression and insomnia problems) or physical illness (n = 3 had chronic back pain).
The Human Resources department made the recruitment by sending emails with the invitation to participate in the trial to workers of the company with equal levels of responsibility. Once all participants were registered, and before agreeing to participate by signing the informed consent form, they were randomly allocated to the PE, the MM or control group conditions (ratio 1:1:1). Potential participants were given participant numbers upon enrolment with Stata software by independent research assistants who had no access to the randomization form. Participants received information on the condition to which they were allocated after the baseline measurements, composed of an online questionnaire for sociodemographic data, the Perceived Stress Questionnaire [75], the General Health Questionnaire [77] and a saliva sample collected at the end of the working day (at approximately 6 p.m.).
The study was approved by the Research Ethics Committee at Rey Juan Carlos University (No. 0709201711717, dated 28–09-2017) and registered at ClinicalTrial (NCT03728062). Figure 1 shows the CONSORT diagram of participation flow.
All participants completed the questionnaires and their saliva samples were collected at the end of the working day (at approximately 6 p.m.). Perceived stress and General mental health levels were measured at four different moments in time: pre-test, post-test and two follow-up measurements after one and six months. In the case of immunoglobulin A, saliva samples were collected three times (pre-test, post-test and follow-up measurement after a month). Additionally, each participant kept a record of his/her daily practice, which was supervised on a weekly basis.
Each of the three groups attended a four-hour information session. The first part of the session included a brief talk, which explained the effects of stress on mental and physical health, and the importance of recovery strategies. The second part focused on the general protocol of the intervention—length of the practice, collection of saliva samples, when to complete questionnaires, how to keep record of daily practice, etc. These two parts of the session were the same for the three groups. The third part of the session only involved the active intervention groups and was specific to each case. A certified and experienced MBSR instructor gave the participants of the MM GROUP training on mindfulness meditation practice. The participants of the PE group also received training, in this case given by a certified and experienced physical education instructor who explained the main aspects involved in aerobic exercise—outdoor or gym workouts, number of beats per minute, warm-up routine, etc.
The intervention took place during the five working days of five consecutive weeks, during which the two active groups practiced MM or PE during the lunch break (before having lunch), with equal time intervals of 15 min in the first week, 20 min in the second week, 25 min in the third week and 30 min in the fourth and fifth weeks. Each group had a weekly meeting with its instructor (MM and PE) who would introduce the weekly practice and clarify doubts. All participants kept a daily record of their practice in order to control that their adherence to the practice was at least 70%.
The MM group met with its certified MBSR instructor on Mondays, who explained the week’s meditation, based on Jon Kabat-Zinn’s MBSR Programme [56]. Participants were given instructions in writing and in audio format (mp3), so that they could practice meditation as a group—in a room set up by the company for this purpose—or individually in the place of their choice. The intervention followed a specific protocol: week 1, 15-min meditation based on breathing; week 2, 20-min meditation based on breathing and body awareness; week 3, 25-min meditation based on breathing, body awareness and hearing sensations; weeks 4 and 5, 30-min meditation based on breathing, body awareness and awareness of thoughts and emotions.
On the other hand, the PE group practiced aerobic exercise, which mainly consisted of running, training on an elliptical machine, rowing or cycling, outdoors or in the gym. Participants could choose the type of exercise they wanted to do and where to do it. However, the records show that most of them used the company’s gym. Participants started their exercise routine with a 5 to 7 min workout. They also had to maintain between 120 and 140 heartbeats per minute during their practice. The intervention was supervised by a certified instructor—bachelor’s degree in physical activity and sports sciences—and experienced physical activity trainer.

General mental health was measured using the short version of the General Health Questionnaire [77] validated for Spanish population by Rocha, Pérez, Rodríguez-Sanz, Borrell, and Obiols [79]. This questionnaire is a mental health screening test composed of 12 items—6 positive and 6 negative—such as “Have you recently felt capable of making decisions about things?”, “Have you felt that you could not overcome your difficulties?” or “Have you been able to enjoy your normal day-to-day activities?”. The Likert-type responses range from 0 (a lot less than usual) to 3 (more than usual). General health perception is evaluated through three subscales of Coping Strategies (sample Cronbach α = 0.82), Self-esteem (sample Cronbach α = 0.86), Stress (sample Cronbach α = 0.42) and total GHQ (0.82) [77]. GHQ-12′s reliability varies from 0.82 to 0.86 [75].

Salivary IgA response levels were determined through the collection of saliva samples in Salivette® tubes (Sarstedt, Rommersdolf, Germany). The saliva samples were frozen and kept at −20°C immediately after arrival at the university laboratory, until they were sent to an external laboratory for analysis. SIgA levels were measured by nephelometry (BN-II), using the reagent OSAR15 anti-IgA (Dade Behring), with a sensitivity of 0.2 mg/dL. SIgA levels are expressed in mg / dL.

Overall, three sets of statistical analysis were conducted. First, data were explored to verify normal distribution. Secondly, a descriptive analysis of the sample was conducted comparing, in addition, the experimental groups in the sociodemographic and dependent variables on the baseline, running the Chi-square test (qualitative variables), together with a univariate ANOVA for the analysis of quantitative variables. Thirdly, the analysis of the effects of the interventions is carried out through an intention-to-treat analysis by adjusting a mixed linear model (MLM) using the maximum restricted likelihood method for the group, time and interaction factors (group x time). These models have several advantages over the general linear model, allowing the assumptions of independence to be relaxed, especially important in designs with repeated measures, as well as that of equality of variance, since it allows working with different covariance structures [80].
On the other hand, it allows all available data to be used, which avoids having to use imputation methods for missing data. Likewise, effect sizes (ES) are reported by ω 2 in the analyses of the main effects, and d for the analysis of multiple comparisons [81]. For each significant main effect, multiple post-hoc comparisons are made by adjusting the error rate to the inflation produced by multiple variables using the Holm—Bonferroni’s procedure [82].

Table 1 shows the set of analysed sociodemographic variables and comparisons on the baseline, where the absence of significant differences between the groups can be verified. The Supplementary Material shows the results of the analysis by protocol (Table S1), whose results are similar to the intention-to-treat analysis (Table 1, Table 2 and Table 3).

First, we analysed the main effects of the intragroup (Time), intergroup (Group) and Time X Group interaction factors (see Table 2 and Table S2).
Regarding the interaction factor, since the interventions are compared at different time points with respect to the pre-test, statistically significant differences have been obtained with moderate effect sizes in the PSQ variable, in the total scores [f = 2.62 (6, 168.84), p = 0.02, ω 2 = 0.09], and in harassment-social acceptance dimensions [F = 3.63 (6, 160.22), p < 0.01, ω 2 = 0.14], overload [F = 2.34 (6, 169), p < 0.01, ω 2 = 0.08], and irritability-tension-fatigue [f = 2.25 (6, 171.61), p = 0.04, ω 2 = 0.07]. However, no significant differences were found for the interaction factor in GHQ or IgA.
As for the time factor, since the intragroup efficacy of the different interventions is evaluated, apart from the energy-joy dimension (PSQ) and the sIgA variable, the set of analysed variables showed significant differences (all < 0.01), with effect sizes ranging from moderate to high in PSQ (total score and subscales), and in GHQ (total score and subscales).
The group factor analysis compares the different interventions at each time point, regardless of the baseline. It has not shown statistically significant differences in any variable.

The following are available online at https://www.mdpi.com/1660-4601/17/8/2839/s1, Table S1. Results of the MLM protocol analysis for the main effects—group, time and interaction factors; Table S2. Means and standard deviations for the MF, PE and CG, at different time points, in those dependent variables that have been significant in the analysis of the main effects; Table S3. Comparisons of simple effects—time factor PSQ; Table S4. Correlations between the amount of final practice and the degree of recovery (pre-test–post-test change scores). 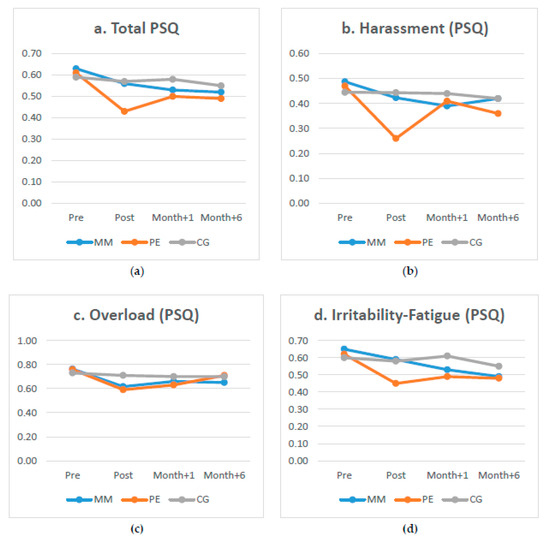 Table 4. Comparisons of simple effects—time factor GHQ.
Table 4. Comparisons of simple effects—time factor GHQ.
* p < 0.05. 1 difference between means. 2 lower limit class interval. 3 upper limit class interval.
© 2020 by the authors. Licensee MDPI, Basel, Switzerland. This article is an open access article distributed under the terms and conditions of the Creative Commons Attribution (CC BY) license (http://creativecommons.org/licenses/by/4.0/).
We use cookies on our website to ensure you get the best experience. Read more about our cookies here.
Accept
We have just recently launched a new version of our website. Help us to further improve by taking part in this short 5 minute survey here. here.
Never show this again