Assessment of Microbiological Quality and Mycotoxin in Dried Chili by Morphological Identification, Molecular Detection, and Chromatography Analysis
Next Article in Special Issue

It is well recognized that regular physical activity may improve cardiac autonomic regulation preventing chronic non-communicable diseases. Accordingly, the assessment of cardiac autonomic regulation (CAR) with non-invasive techniques, such as RR interval Variability (V) might be of practical interest. We studied 56 soccer players (21.2 ± 4.2 years.) and 56 controls (22.2 ± 1.5 years.) and used a ranked Autonomic Nervous System Index (ANSI), resulting from the combination of multivariate statistical methodologies applied to spectral analysis derived indices from RRV. We hypothesized that ANSI would be higher in soccer players as compared to controls (p < 0.001) and that values would be greatest in defenders and midfielders, who are known to run longer distances during competitions. Conversely in the intrinsically stationary goalkeepers ANSI would be similar to controls. Our data show that it is possible to assess the overall level of autonomic performance in soccer players as compared to the general population, using a ranked composite autonomic proxy (ANSI). This approach suggests as well that CAR is better in those players who during competitions run for a greater distance. We conclude that it is possible to highlight the differences in autonomic profile due to distinct exercise routines, using ANSI, a simple ranked, composite autonomic proxy. View Full-Text
Keywords: soccer; cardiovascular regulation; autonomic nervous system; spectral analysis; endurance training; elite athletes soccer; cardiovascular regulation; autonomic nervous system; spectral analysis; endurance training; elite athletes
►▼ Show Figures 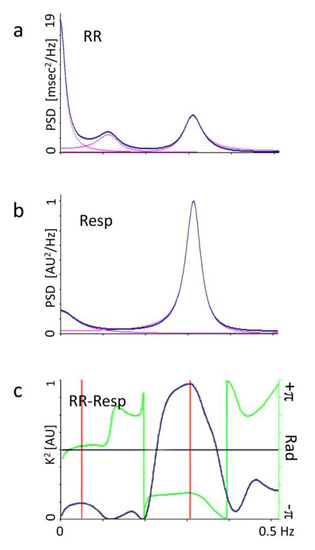