Cr(VI) contamination has posed great threat to both the ecosystem and human health for its carcinogenic and mutagenic nature. A highly effective adsorbent for the removal of Cr(VI) was prepared and its adsorption mechanism was thoroughly discussed in this study. In detail, magnetic BiFeO3 and kenaf biochar were loaded on cross-linked chitosan to obtain chitosan-kenaf [email protected]3 (CKB) for improving adsorption capacity towards Cr(VI). The adsorption process of Cr(VI) onto CKB was evaluated as a function of the pH, the existence of competing ions, the initial concentration of Cr(VI) and contact time. The results show that CKB exhibits the highest adsorption capacity under the optimal pH 2.0. The presence of competing ions such as Ca2+, NO3−, SO42−, and Cl− decreases the adsorption capacity; among them, Ca2+ and NO3− show the greatest hindrance. By studying the effect of initial Cr(VI) concentration on the adsorption capacity, it was found that CKB in the solution was enough to remove Cr(VI) for all treatments (10–200 mg/L). The adsorption experimental data were well fitted with pseudo-first-order model, suggesting that chemisorption is not the dominant rate-limiting step. Freundlich isotherm model can better explain the adsorption process, indicating a non-ideal adsorption towards Cr(VI) on a heterogeneous surface of CKB. A 25-1 Fractional Factorial Design (FFD) showed that pH and initial concentration of Cr(VI) have significant influence on Cr(VI) adsorption in our reaction system. In general, excellent adsorption efficiency of CKB indicates that it may be a good candidate for the remediation of Cr(VI)-contaminating wastewater. View Full-Text
Keywords: Magnetic biochar; Chitosan; Cr(VI) decontamination; Glutaraldehyde-crosslinking; Adsorption; Fractional factor design Magnetic biochar; Chitosan; Cr(VI) decontamination; Glutaraldehyde-crosslinking; Adsorption; Fractional factor design
►▼ Show Figures 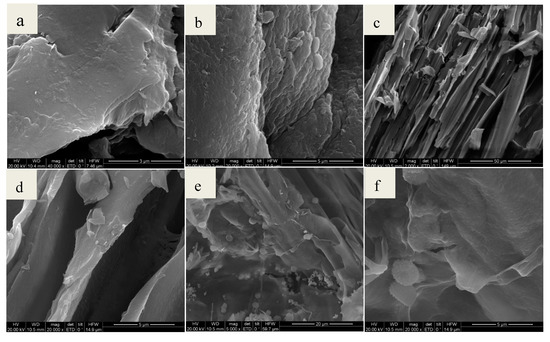