Oral Health Inequalities and the Corporate Determinants of Health: A Commentary
Previous Article in Journal

Strategies and Measurement Tools in Physical Activity Promotion Interventions in the University Setting: A Systematic Review

:
Typically excluded from conversations about place, youth are becoming recognized as agents of change in placemaking. This article explores adapting a quantitative research method, behavior mapping, into a more youth-friendly qualitative participatory action research (PAR) method for placemaking projects, namely modified behavior mapping (MBM). The goal of MBM is to instigate placemaking conversations with youth with an understanding of an aspect of the lived experience of place and existing behavior. Sites are divided into observation zones, and youth are led through the zones by a trained facilitator. Like the quantitative method, MBM requires a list of behaviors of interest and a basemap. Behaviors are organized into groups on an observation sheet in a youth-friendly checklist format. A new checklist is printed for each observation zone. Basemaps can be an aerial photo or a downloaded map; however, creating a basemap by taking measurements will create science, technology, engineering, and math (STEM) learning opportunities. While in the observation zone, youth check the behaviors observed. Unlike the quantitative method, MBM does not require strict data collection protocols or a statistical analysis which makes the method more youth-friendly. Instead, MBM affords an opportunity for youth to reflect on their use of space and on others’ use of space. Results are disseminated through focus group discussions in order to create design programs or designs of place.
Keywords:
participatory action research; PAR; children; behaviour mapping; behavioural mapping

More and more placemaking PAR initiatives involve youth as agents of change. Empowering youth in the cocreated imagining of place fosters agency, feelings of acceptance within their communities, and a reality of engaged citizens for the future and provides a more comprehensive perspective of placemaking by giving a voice to this historically underrepresented group. Youth engagement in placemaking ensures the creation of more inclusive places.
While existing methods within PAR and placemaking facilitate youth participation, MBM differs in that youth assume a more active role in the process. Youth become the research instrument in that they collect the data and identify the findings. Through focus groups, youth utilize the findings to create recommendations that influence the placemaking process and result in the transformation of place. MBM engages youth through meaningful observations, discussions, and reflections which builds agency, connection to community, and engaged citizens in addition to building more inclusive environments.
Limitations of MBM include ethics board reviews, the reliance on facilitators, working within the time constraints of youth schedules, and ensuring a high degree of institutional support. As mentioned earlier, MBM will require review from an ethics board in order to publish results. Any research with vulnerable populations, such as children, receives extra scrutiny from ethics boards which can delay the project. Additionally, obtaining the required signed permissions from guardians and youth may delay the project. Finding and training facilitators may prove difficult since facilitators need to have an existing rapport with the youth involved in MBM. Today’s youth are busy; schedules may not allow full participation. Finding enough youth available to conduct MBM may be a challenge. Lastly, like any placemaking effort, success is incumbent on engaging decisionmakers. For the vision identified by placemaking PAR and MBM to be realized, successful efforts occur simultaneously from bottom-up and top-down efforts [1,22,23]. Bottom-up occurs when youth are motivated and empowered to enact change through grass-roots efforts; top-down occurs when the decisionmakers, the people in power, are engaged in the project and committed to implement youth-led change.
MBM affords an opportunity for youth to explore an aspect of their lived experience of place, i.e., behavior, and transform that experience. By simply creating an observation sheet checklist and a simplified basemap and recruiting and training facilitators, MBM revolutionizes placemaking PAR by illuminating how the place is currently being used and documenting the behavior change of the placemaking effort once completed. MBM affords a framework for which youth evaluate place, their position within said place, and their power to change said place. 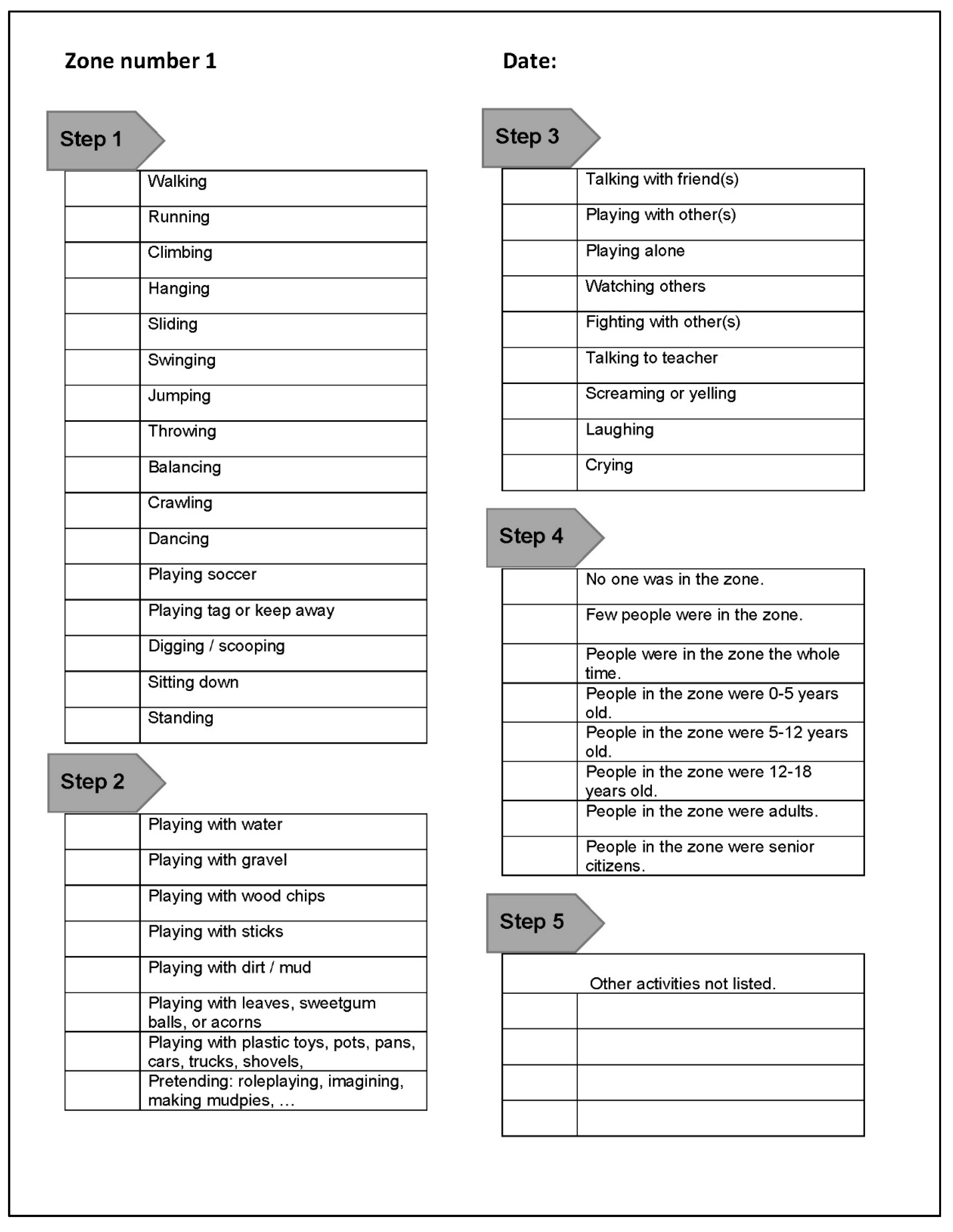 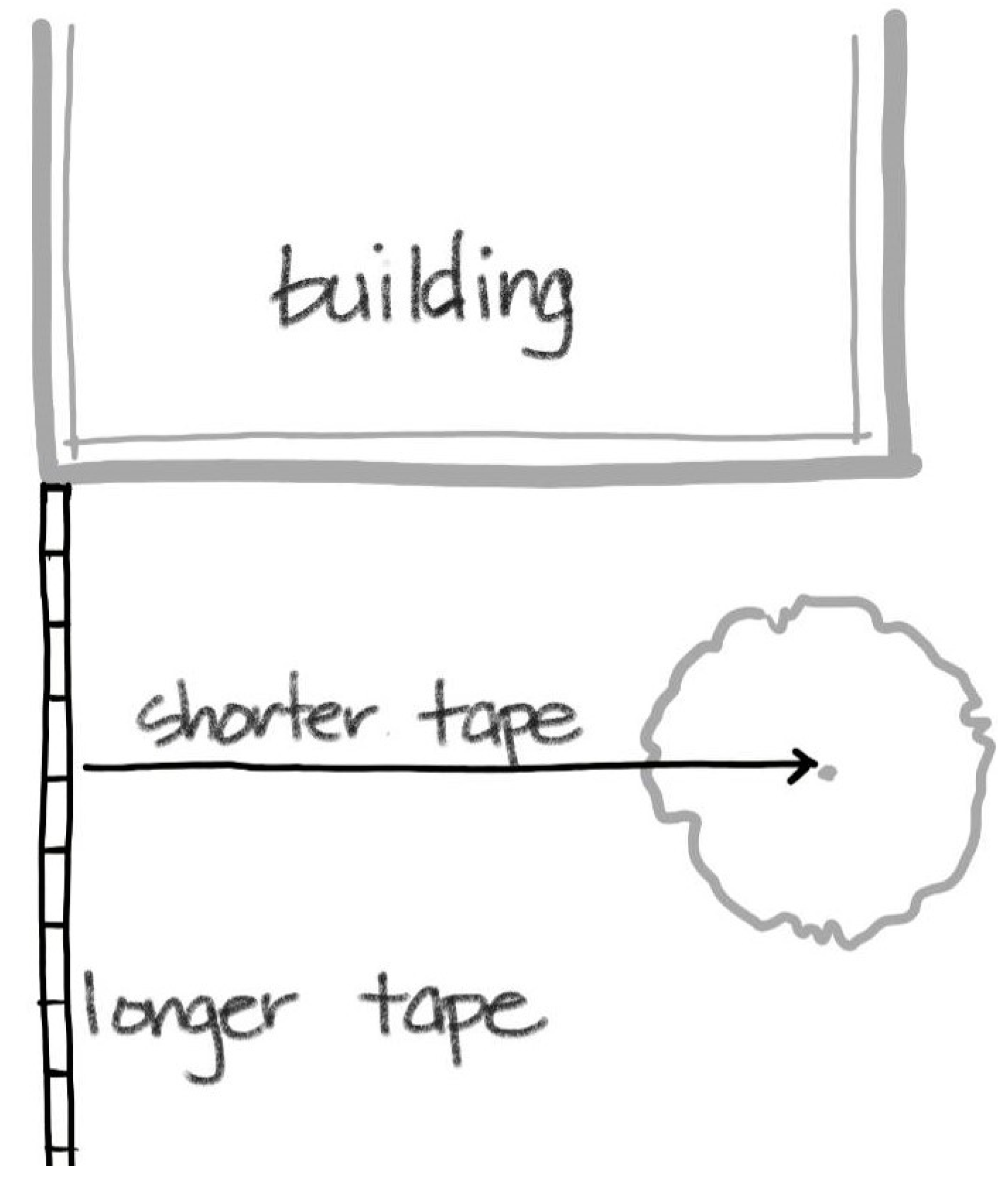