Northern Italy was among the first and worst SARS-CoV-2 affected regions in Europe. After about four months from the identification of the primary infection, the Lombardia Region still counts for about half of the total cases, new infections and total deaths. The peculiarity of the pandemic spread in a relatively small part of the country may represent a milestone to dissect and assess single factors contributing to the exacerbation of the pandemic. Italy is a small, densely populated, highly interconnected country. Industrial production and per capita wealth are distributed from north to south following a descending trend [1]. Thus, the high human mobility (national and international) in North Italy, which represents the industrial and business core of Italy, was suggested as the primary catalyzing factor for the SARS-CoV-2 spreading [2]. Yet, this is just a part of the story since other Italian regions, as Veneto, bordering on Lombardia, with a similar economic and socio-demographic background, or Lazio (Central Italy, where Rome is located) with a similar exposition to human mobility, were much less hurt. Regional differences in the health management system have also been hypothesized as additional factors affecting the intensity of the pandemic [3], especially in the early phase, before the onset of strict containment policies by the National government. The third macroscopic factor markedly different between Lombardia and the rest of Italy is the level of air pollution. Since the relationships between air pollution and different respiratory diseases are widely recognized [4,5,6], a causative role in the SARS-CoV-2 pandemic has also been hypothesized. To test the hypothesis and to estimate the extent to which exposition to air pollution can increase the risk of viral infections, we performed a statistical analysis correlating the number of infected people and COVID-19 mortality indexes in the period 20 February–31 March 2020 to the particulate matter (PM)2.5 concentration levels in 110 Italian provinces in the period 16–26 February 2020. The analysis categorized in terms of provinces allowed better appreciation of the effects of differential air pollution levels on viral infection rate and severity.
We suggest a possible biological connection between PM2.5 exposure and the human SARS-CoV-2 receptor protein ACE-2 (angiotensin-converting enzyme 2), supported by a bioinformatic analysis of the ACE-2 gene promoter region. PM2.5 particles contain different molecules, including polycyclic aromatic hydrocarbons (PAHs), heavy metals and volatile compounds [7,8,9]. PAHs are known to stimulate eukaryotic cell response by activating the transcription factor aryl hydrocarbon receptor (AhR), which in turn activates the expression of target genes by the binding of specific DNA consensus motifs, the xenobiotic response element (XRE) and the non-canonical xenobiotic response element (NC-XRE) [10,11,12,13]. We identified such motifs in the regulative region of the ACE-2 gene.

2.2. Bioinformatic Analysis of the ACE-2 Gene

The regulative DNA sequence (promoter region) upstream of the protein coding region of the ACE-2 gene was analyzed by the BKL TRANSFAC software from Biobase Gmbh [20], which allows the identification of binding sites (e.g., consensus DNA motifs) for transcription factors. Briefly, the ACE-2 Reference Sequence (NG_012575.1) was obtained from the NCBI Nucleotide Database [21]. Five DNA kilobases spanning the promoter region were scanned to detect the XRE core element: 5′-GCGTG-3′ [12] and the NC-XRE core element 5′-GGGA-3′ [13].

The PM2.5/PM10 concentrations in Italy, as provided by the near-real-time ECMWF-CAMS analysis few days before the identification of the “patient one”, are shown in Figure 2. Compared to the limit values of 25 µg/m3 for PM2.5 and 50 µg/m3 for PM10 stated by the WHO Air quality guideline [22], large areas in the Po Valley presented diffused and high concentrations of particulate matter, with a peak of intensity roughly corresponding with the Lombardia Region. In particular, enhanced PM concentrations were present over a large portion of the Po Valley, with levels of PM2.5 up to 70 µg/m3 and levels of PM10 up to 50 µg/m3 in Lombardia. Interestingly, while PM10 concentrations are typically higher than PM2.5 concentrations, comparable amounts of these two species were found in the last two weeks of February 2020 in most areas of the Po Valley (data not shown), with temporary situations where PM2.5 concentrations were found to be systematically higher than corresponding PM10 values by approximately 10 µg/m3. Figure 2 testifies to one of these occurrences. More specifically, the 12-days preceding the pandemic onset in Italy (15 to 26 February 2020) were characterized by high particle pollution, with elevated and persistent PM2.5 levels over large portions of the Po Valley, with an average value for the period exceeding 40 µg/m3. In this same period, PM2.5 concentration analyses in two Lombard cities, Bergamo and Brescia, revealed very high peak values (up to ~80 µg/m3) at specific times of the day, such peaks being not detected by daily-averaged ground station measurements (Figure 1).
Surface PM2.5 concentration measurements from ground stations and COVID-19 epidemiology are shown in Figure 3 for the 110 Italian provinces with color-coded maps. Visual inspection reveals good overlap in the intensity scale between PM2.5 concentration values, averaged over the period 15–26 February 2020 (panel A), and COVID-19 epidemiology over the period 20 February–31 March 2020, e.g., the incidence of COVID-19 cases (panel B), the mortality rate (panel C) and the case fatality rate (panel D).
The correlations between PM2.5 and COVID-19 cases and outcome were statistically significant. In detail, we found a positive correlation (r = 0.67, p < 0.0001) between the average PM2.5 level in the period 15–26 February 2020 and the incidence of COVID-19 (infected/population ratio) in the period 20 February–31 March 2020 (Figure 4, panel A). The slope of the regression line, that was (1.1 ± 0.1) × 10-4 m3/µg, implies a tripling (from 0.065 to 0.2%) of the infection rate for average PM2.5 concentration levels increasing from 10 to 22 µg/m3.
The average PM2.5 level was positively correlated also with the mortality rate (r = 0.65, p < 0.0001) and with the case fatality rate (r = 0.7, p < 0.0001) (Figure 4, panels B, C). The case fatality rate (deaths/infected ratio) appears to be strongly dependent on PM2.5 concentration, with a slope of the regression line of (3.1 ± 0.3) × 10-3 m3/µg which implies a doubling (from 4.5 to 9%) of the mortality rate of infected patients for average PM2.5 concentration levels increasing from 10 to 25 µg/m3.
None of the analyzed parameters correlated with the population density of the Italian provinces (r = 0.045, p = 0.65 for the infection rate; r = 0.19, p = 0.051 for the mortality rate, r = 0.093, p = 0.34 for the case fatality rate).

It is to be pointed out that a positive correlation between COVID-19 epidemiologic data and PM2.5 concentration levels does not imply a direct and univocal causation, but PM2.5 pollution is certainly one of several factors that influenced the pandemic outbreak in Northern Italy in the period February–March 2020. Interestingly, population density seems far less important than PM pollution in COVID-19 diffusion dynamics. Further investigations are needed to confirm that air pollution may modulate ACE-2 expression by activation of the AhR, and comparison of ACE-2 expression in the airways of people living in high polluted areas, compared to people living in healthier environments, would be fundamental.

We wish to acknowledge Stefano Natali and MEEO S.r.l. for the provision of ECMWF-CAMS analysis data and its graphical display through the ADAM platform (https://adamplatform.eu). We also wish to thank Benedetto De Rosa for his support in the graphical display of the epidemiologic data. 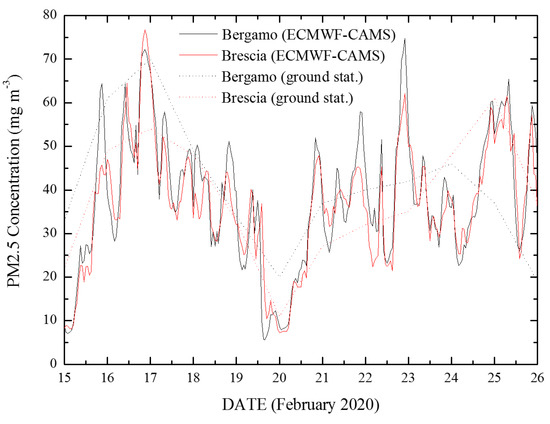 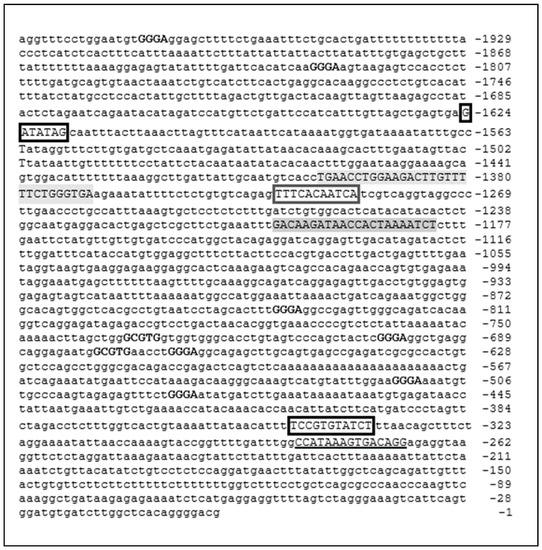 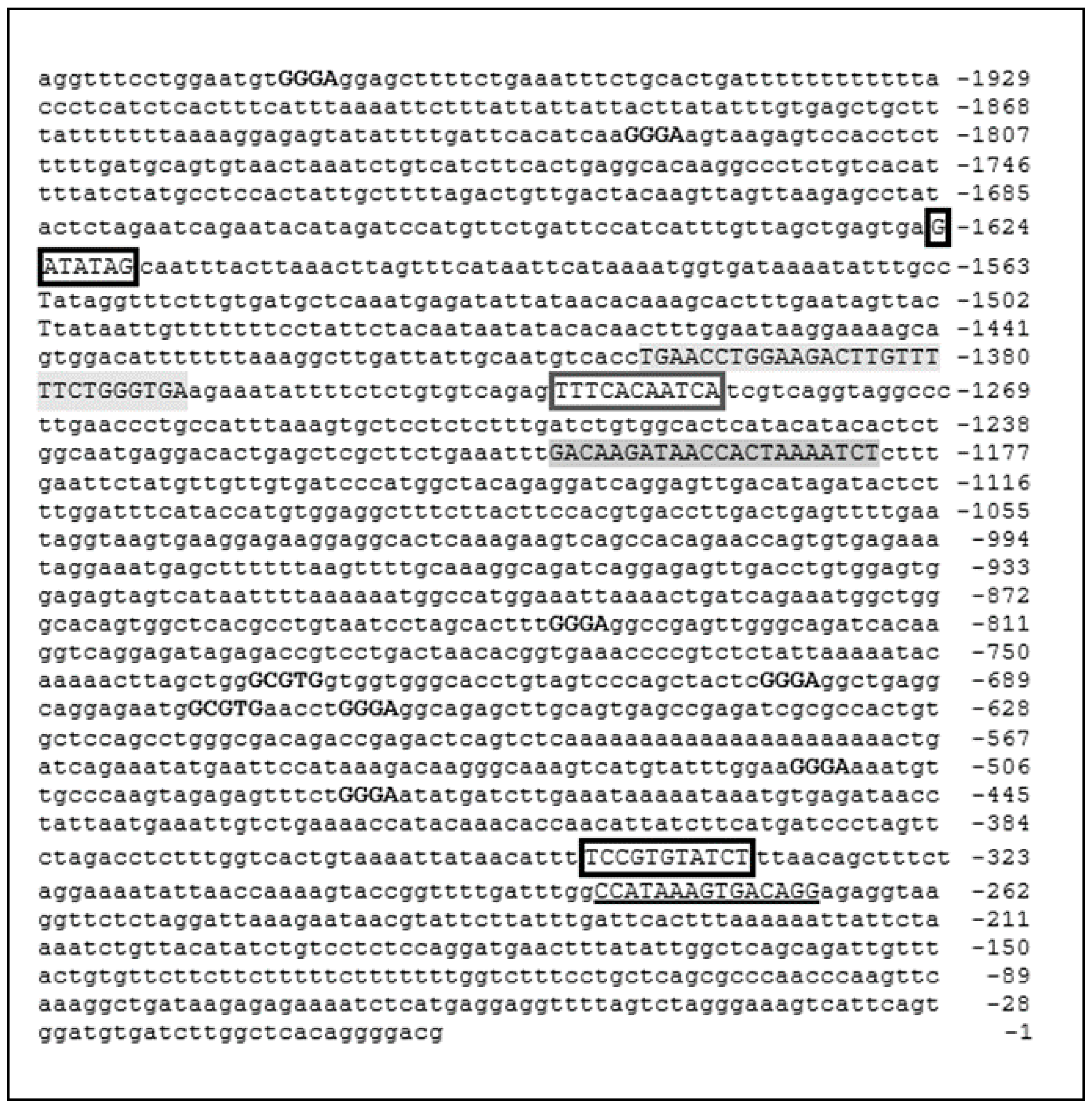