Background: In recent years, due to its complexity and relevance, academic performance has become a controversial research topic within the health and educational field. The main purposes of this study were to analyze the links between publications and authors via citation networks, to identify the different research areas and to determine the most cited publications. Methods: The publication search was performed through the Web of Science database, using the term “Academic Performance” for a time interval from 1952 to 2019. The software used to analyze the publications was the Citation Network Explorer. Results: We found a total of 16,157 publications with 35,213 citations generated in the network, and 2018 had the highest number of publications of any year. The most cited publication was published in 2012 by Richardson et al. with a citation index score of 352. By using the clustering function, we found nine groups related to different areas of research in this field: health, psychology, psychosociology, demography, physical activity, sleep patterns, vision, economy, and delinquency. Conclusions: The citation network showed the main publications dealing with the different factors that affect academic performance, and it was determined that psychological and psychosocial factors were the most relevant.
Keywords: academic performance; citation network; motivation academic performance; citation network; motivation

Academic performance is frequently associated with a country’s social and economic development [1]. Numerous studies have concurred that academic achievements are the result of cognitive and non-cognitive abilities, as well as the socio-cultural environment in which the learning takes place [2,3]. In this sense, academic performance is associated with intellectual factors, for example, long-term memory or the ability to think abstractly, and non-intellectual factors, such as motivation or self-discipline [4].
Motivation is an internal condition that influences behavior, i.e., mental power that helps people to meet their goals and achieve academic success [5,6,7]. To be able to motivate students, it is important to instill in them a greater desire to learn and make them enjoy studying. It has been proved that unmotivated students are not interested in learning or participating in class, and this attitude will affect their academic performance [6].
Scientific literature supports that cognitive abilities and self-efficacy can predict academic performance outcomes [8,9]. In 1983, Gardner explained [10] that self-sufficient people can organize themselves and carry out actions to meet their goals.
Furthermore, psychosocial wellbeing is strongly related to thoughts, motivation, and decision-making relating to academic effort [11,12]. According to Vilar et al., a poor psychosocial status may be the result of a poor socio-economic situation, unfavorable family circumstances, or a bad relationship with classmates [13]. Students in these situations tend to have a negative attitude towards school and the learning process. This results in a low level of self-discipline and bad performance. In contrast, students with a positive psychosocial dynamic tend to have a high socioeconomic level and a good family relationship. They are also optimistic and have a good attitude at school.
Other factors related to good performance at school include a healthy diet (rich in fiber and nutrients); practicing physical activity (as this increases metabolism, oxygenation and blood flow, delivering the hormones that promote neurological health); sleeping well (which improves cognitive functions, such as memory and learning) and good vision (visual impairment harms the development of motor skills, cognition, and language in child development) [14,15,16,17].
Citation network analysis is used to search for a specific topic within the scientific literature. By analyzing one publication, it is possible to find other relevant additional publications, to demonstrate, qualitatively, and quantitatively, the connections between articles and authors by creating groups [18]. Furthermore, it is also possible to quantify the most cited publications in each group, to study the development of a research field, or to focus the literature search on a specific topic [19,20].
Given the numerous factors that affect academic performance, this study aimed to identify the different areas of research and to discover the most cited publications. The connection between publications and research groups was also analysed using CitNetExplorer, software which enables the study of how the scientific literature in a particular field of has evolved.

The search was performed using the Web of Science (WOS) database, by entering the main descriptor: “Academic performance”, as this is the most commonly used expression in both fields, education and health. The search was limited to a topical search (TS) on article, keywords, and abstract, linked with the OR Table. Time was limited to the interval 1952–2019.
Likewise, the Web of Science database allows the adding of references to its library when performing bibliographical searches directly in external databases or library catalogues.
With regards to the citation indices, the Social Sciences Citation Index, Science Citation Index Expanded and Emerging Sources Citation Index were used.
On the other hand, and due to the differences in citation styles among authors and institutions, CiteSpace software was used with a view to standardizing the data. The search and download date of the publications was the 25 April 2020.

3.1. Description of the Publications.

Academic performance is a multidisciplinary research field and the areas of education (36%) and psychology (28.24%) (Figure 3) are particularly worth mentioning. Figure 4 shows the 10 journals with the highest number of publications.
The countries with the highest number of publications are the United States (39.10%), Spain (8.51%) and England (5.54%) (Figure 5).

10 subclusters have been found (Figure 17), five of which boast a significant number of publications (Table 4). The remaining groups are relatively small with less than 200 publications and 1778 citation networks.

10 subclusters have been found (Figure 18), three of which boast a significant number of publications (Table 5). The remaining groups are relatively small with less than 90 publications and 464 citation networks.

In this study, 16,157 publications on academic performance were analysed, which were obtained from the Web of Science (WOS) database between 1952 and 2019. All of the publications were analysed using the Citation Network Explorer software, which makes it possible to visualize, analyze and explore the citation networks of scientific publications.
Academic performance may be influenced by various factors, including psychological, psychosocial, economic, environmental or personal factors. Self-sufficient students present learning and self-control skills which facilitate studying, and as a consequence increase their motivation. This means that they have the skills and willingness to learn. Likewise, the personality of the students with psychosocial wellbeing is often characterized by determination and pragmatism in academic effort, which enables them to set high-level goals for themselves, which they successfully pursue. On the other hand, scientific evidence suggests a significant relationship between academic performance and health, meaning that vision problems, nutrition, stress, obesity, anxiety, behavioral disorders or aggression are associated with poor academic performance. This is why it is necessary to establish health and wellbeing programs in schools, which are aimed at preventing behaviors that put the mental and physical health of young people at risk, and at improving their academic performance.
The citation network showed the main publications on the different factors that affect academic performance, and it was determined that psychological and psychosocial factors were the most relevant. This study offers a global overview of the number of publications for each of the years and field of study, as well as a general description of the 20 most-cited publications. 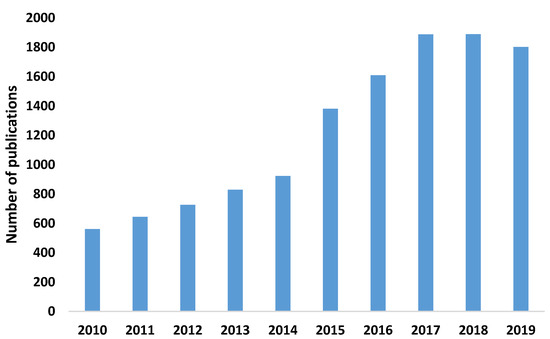 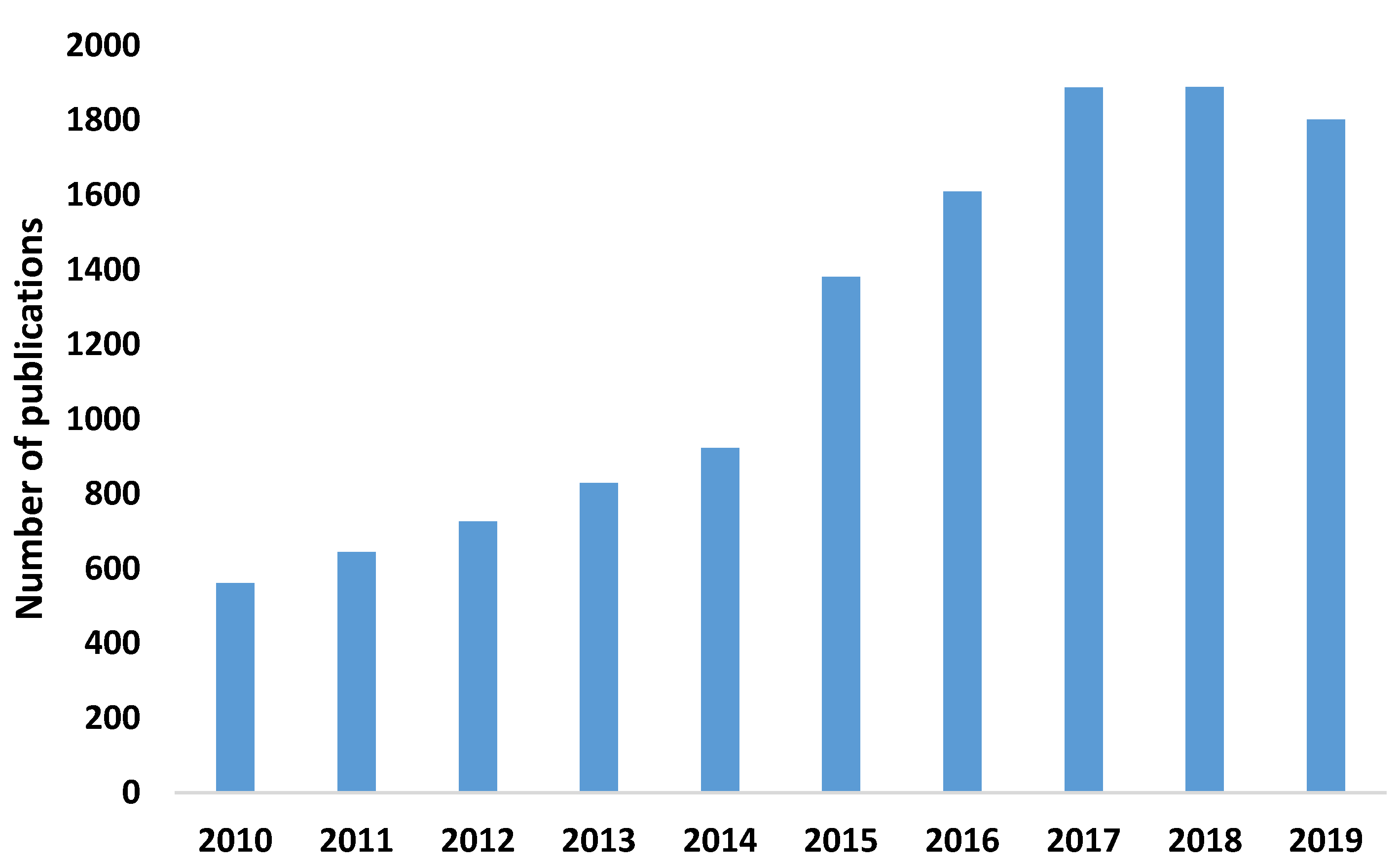 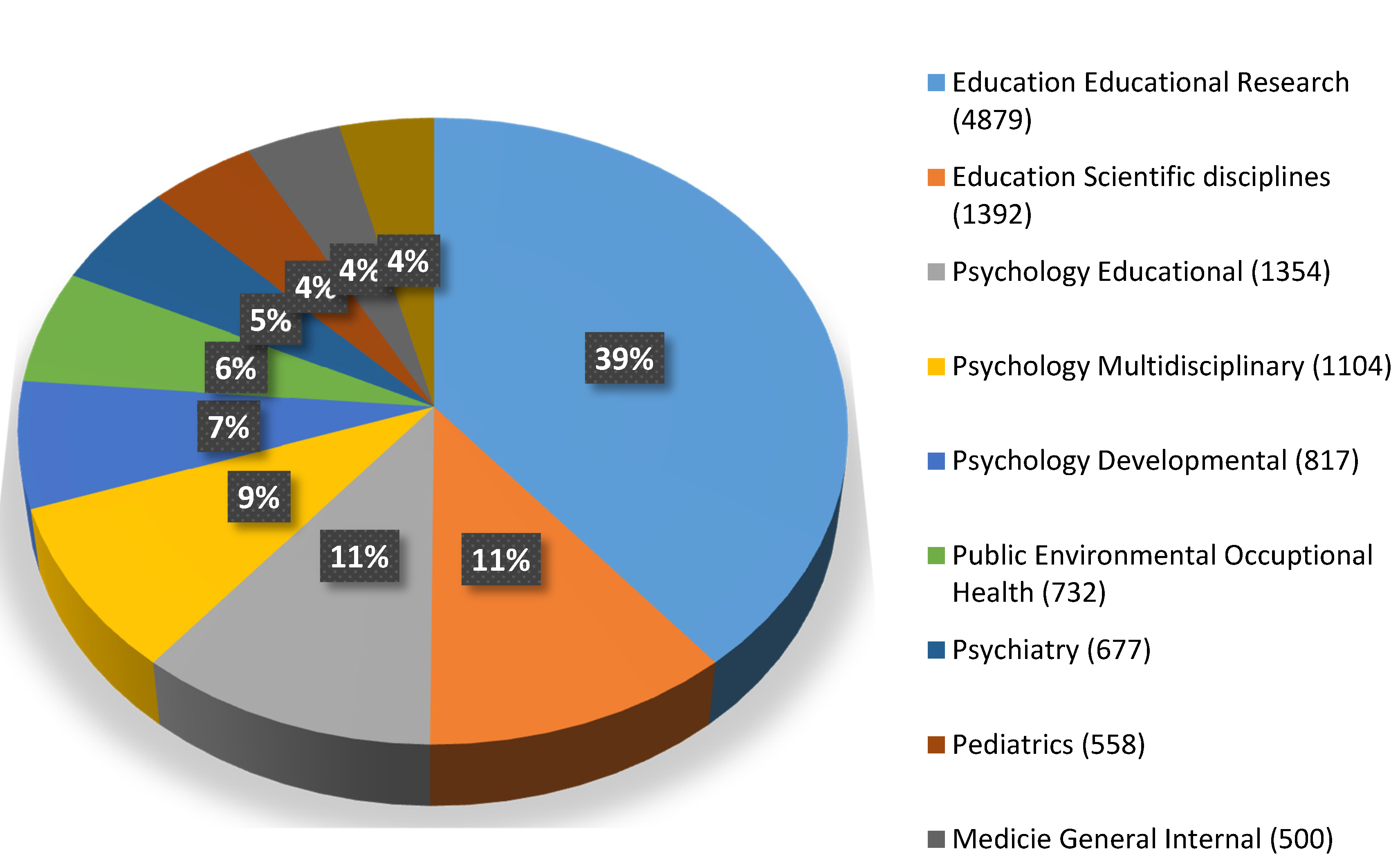 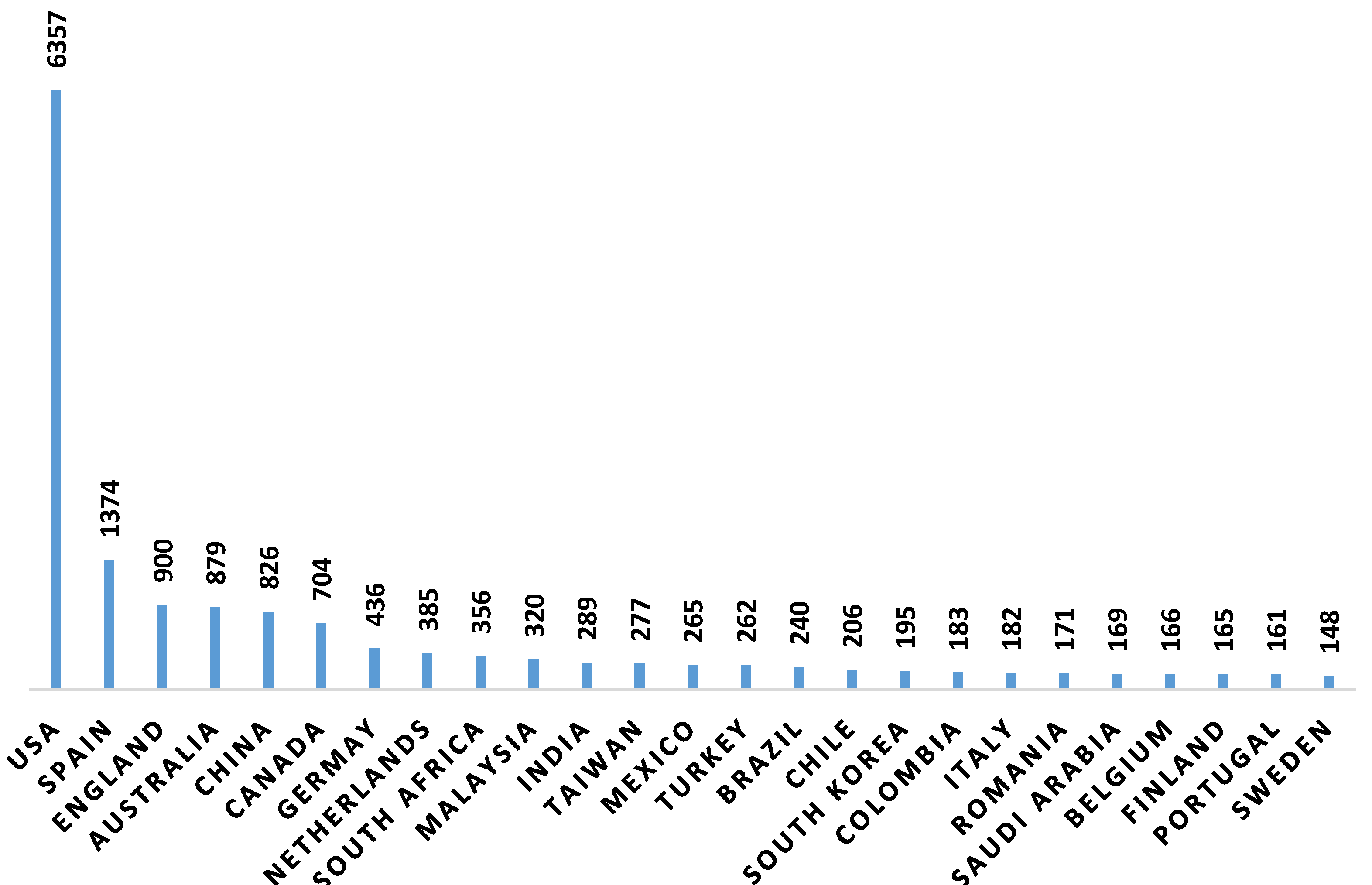 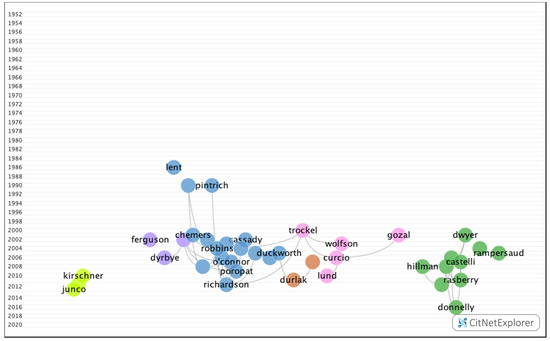 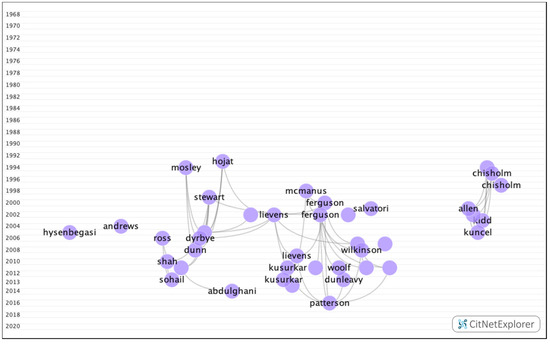 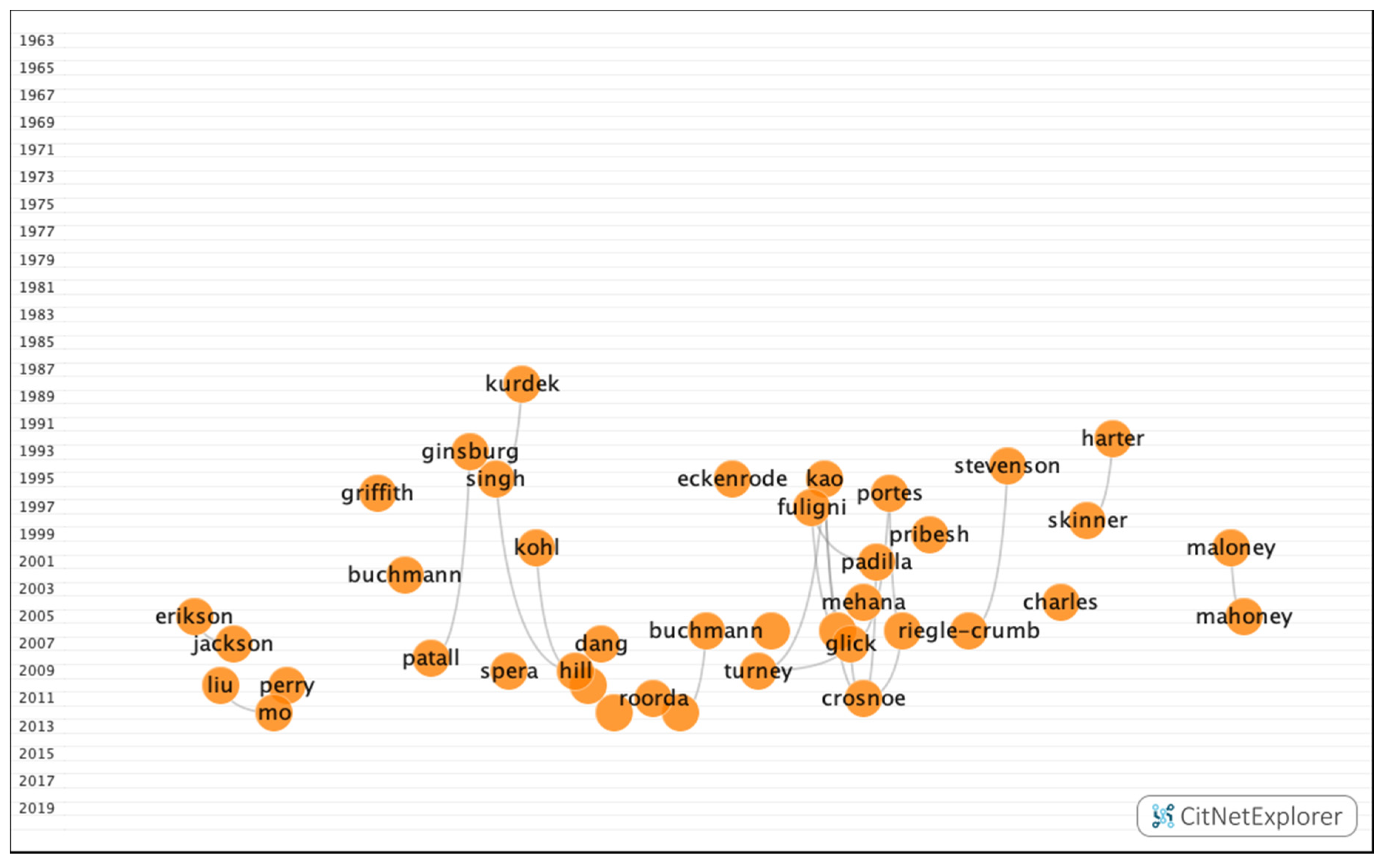 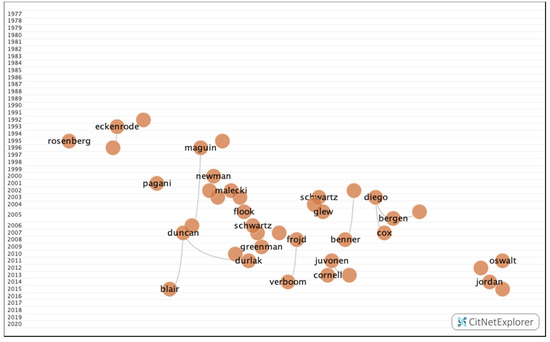 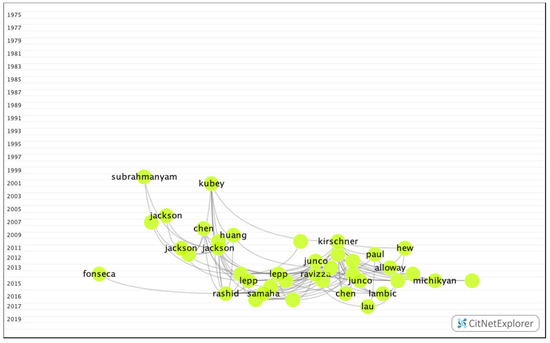 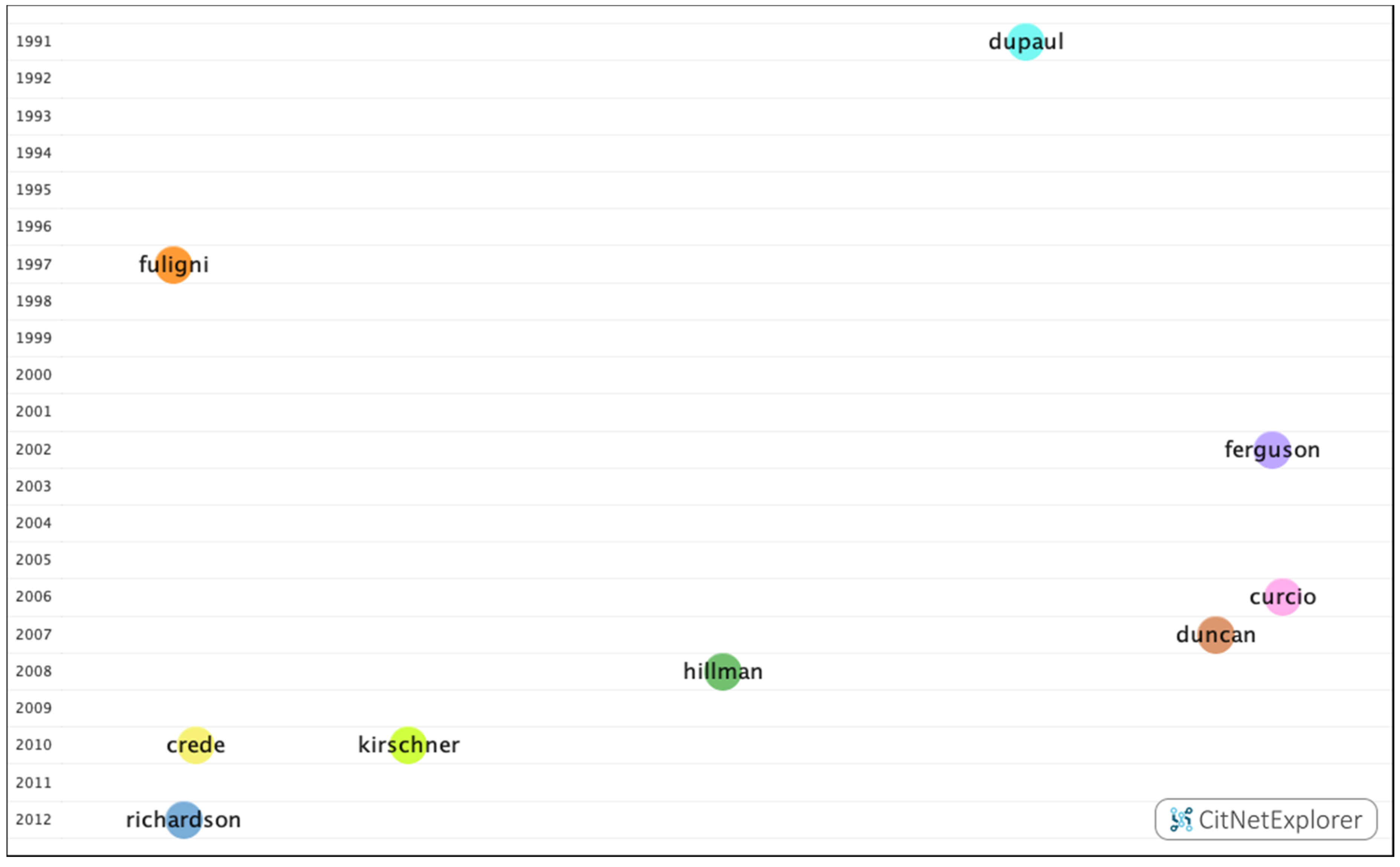 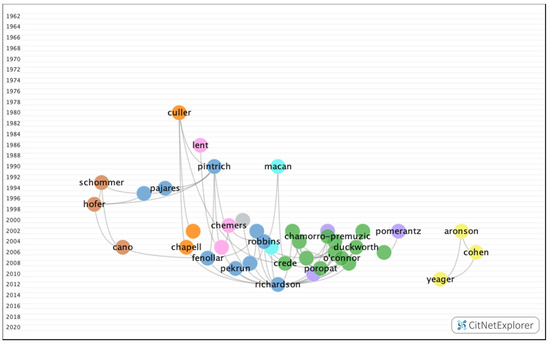 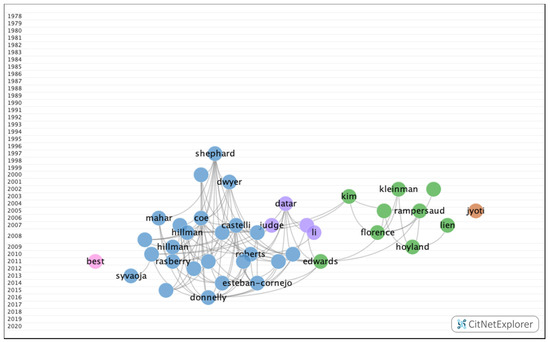 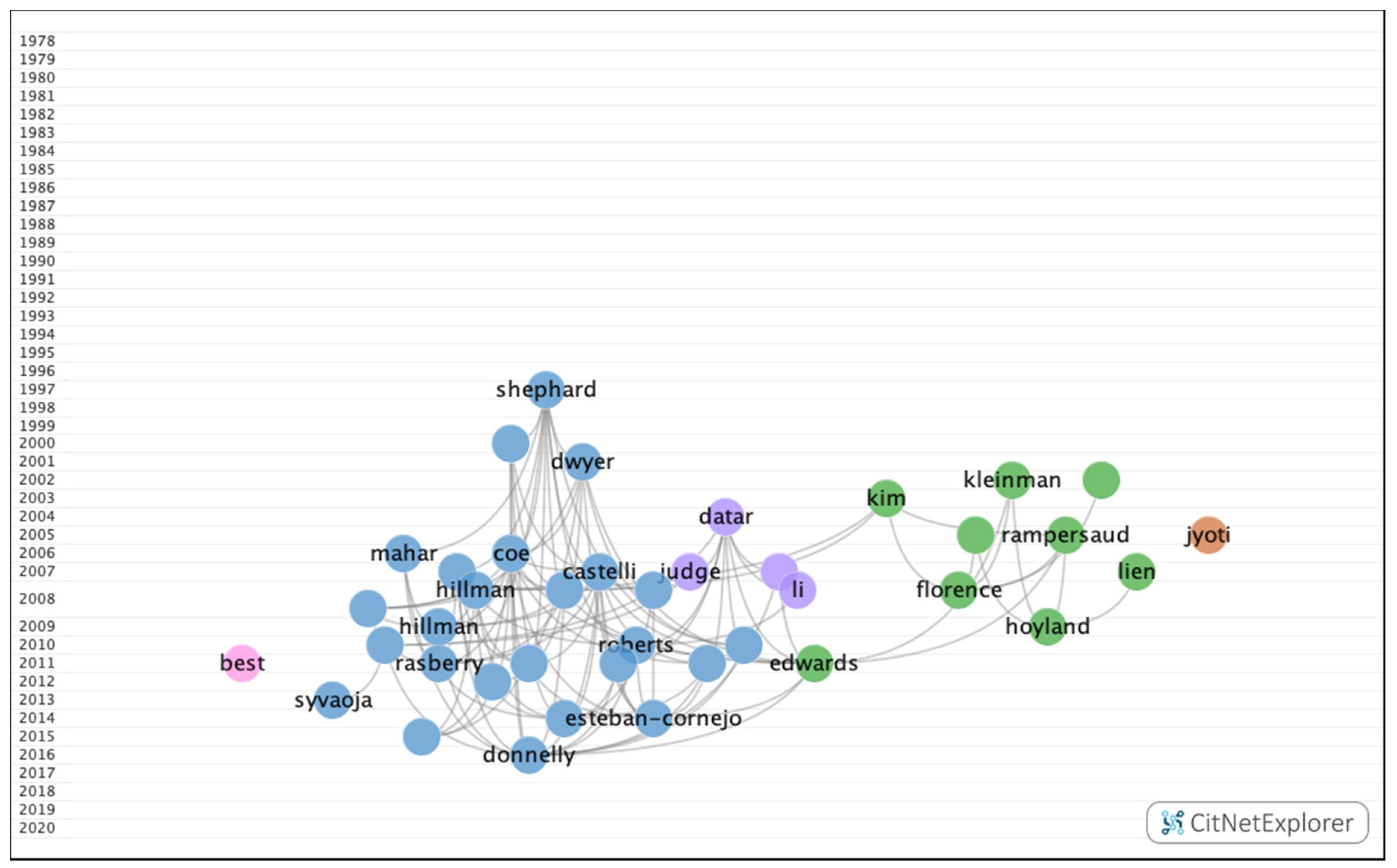 Table 5. The most important subclusters from group 2.
Table 5. The most important subclusters from group 2.
© 2020 by the authors. Licensee MDPI, Basel, Switzerland. This article is an open access article distributed under the terms and conditions of the Creative Commons Attribution (CC BY) license (http://creativecommons.org/licenses/by/4.0/).
We use cookies on our website to ensure you get the best experience. Read more about our cookies here.
Accept
We have just recently launched a new version of our website. Help us to further improve by taking part in this short 5 minute survey here. here.
Never show this again