Can Teledentistry Improve the Monitoring of Patients during the Covid-19 Dissemination? A Descriptive Pilot Study
Next Article in Special Issue

Background: Alzheimer’s disease (AD) which is the most common type of dementia is characterized by mental or cognitive disorders. People suffering with this condition find it inherently difficult to communicate and describe symptoms. As a consequence, both detection and treatment of comorbidities associated with Alzheimer’s disease are substantially impaired. Equally, action protocols in the case of emergencies must be clearly formulated and stated. Methods: We performed a bibliography search followed by an observational and cross-sectional study involving a thorough review of medical records. A group of AD patients was compared with a control group. Each group consisted of 100 people and were all León residents aged ≥65 years. Results: The following comorbidities were found to be associated with AD: cataracts, urinary incontinence, osteoarthritis, hearing loss, osteoporosis, and personality disorders. The most frequent comorbidities in the control group were the following: eye strain, stroke, vertigo, as well as circulatory and respiratory disorders. Comorbidities with a similar incidence in both groups included type 2 diabetes mellitus, glaucoma, depression, obesity, arthritis, and anxiety. We also reviewed emergency procedures employed in the case of an emergency involving an AD patient. Conclusions: Some comorbidities were present in both the AD and control groups, while others were found in the AD group and not in the control group, and vice versa. View Full-Text
Keywords: Alzheimer’s disease; comorbidity; older adults; elderly Alzheimer’s disease; comorbidity; older adults; elderly
►▼ Show Figures 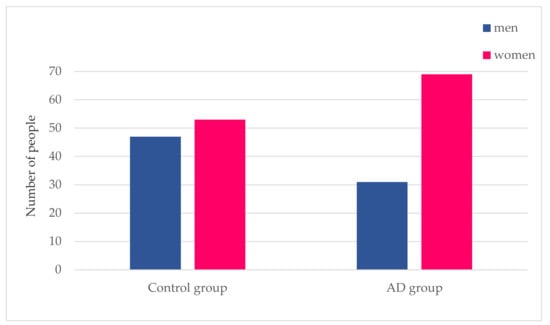 
Tortajada-Soler, Macrina, Leticia Sánchez-Valdeón, Marta Blanco-Nistal, José Alberto Benítez-Andrades, Cristina Liébana-Presa, and Enrique Bayón-Darkistade. 2020. "Prevalence of Comorbidities in Individuals Diagnosed and Undiagnosed with Alzheimer’s Disease in León, Spain and a Proposal for Contingency Procedures to Follow in the Case of Emergencies Involving People with Alzheimer’s Disease" International Journal of Environmental Research and Public Health 17, no. 10: 3398. https://doi.org/10.3390/ijerph17103398