Who Is Happier in China? Exploring Determinant Factors Using Religion as a Moderator
Previous Article in Special Issue

We abstracted all fully anonymized laboratory-confirmed cases of rotavirus (A08.0, ICD-10), representing rotaviral infection in three Russian cities: 12,423 cases in Chelyabinsk, 13,342 cases in Yekaterinburg, and 3307 cases in Barnaul as recorded by the Climate–Water–Diseases–Infections (CliWaDIn) database version 1.0 [29,30]. Using the date of testing, we created daily time series of cases for each city. To compare rotavirus incidence between cities, the time series of cases were converted into time series of daily rates per 1 million persons. As denominators, we used the annual population for each city and each year: for Chelyabinsk—from 1 January 2005 to 30 June 2011 (2372 study days); for Yekaterinburg—from 1 January 2005 to 31 July 2011 (2403 study days); and for Barnaul—from 1 January 2006 to 31 December 2011 (2191 study days) as shown in Table 1.
Annual demographic data were obtained from the official Russian census website [31]. Daily average temperature records were obtained from the city public sites [32] and then stored, curated, and maintained by the CliWaDIn database [29].
Two cities, Chelyabinsk and Yekaterinburg, are located relatively close to each other (~193 km apart) and have over 1 million residents. Barnaul is about half the size and is 1460 km and 1520 km away from Chelyabinsk and Yekaterinburg, respectively (Figure 1). All three cities shared similar climate conditions according to the Köppen–Geiger climate classification system [33]. The Köppen climate classification divides climates into five main climate groups: A (tropical), B (dry), C (temperate), D (continental), and E (polar), with each group being divided based on seasonal precipitation and temperature patterns, also represented by a letter.

We examined the suitability of a Poisson distribution for daily RI rates based on the distributional shape, the coefficients of skewness and kurtosis, and the Kolmogorov–Smirnov test. We applied the periodogram spectral analysis to identify temporal components and seasonal periodicity.

The basic SSA algorithm decomposes an original non-zero time series into four main components: trend, seasonal component, additional periodic components, and noise. An original non-zero time series, is a series of length N (N > 2) and with at least one value of i when . In the presented analysis, we constructed the SSA model (Model A) of the time series of daily RI rates using the SSA algorithm, which consists of four steps: embedding, singular value decomposition (SVD), eigentriple grouping, and diagonal averaging, as described below.
Step 1: Embedding. The main feature of the SSA algorithm is the window of length (L) . To perform the first step of embedding, we mapped the original time series into a sequence of K = N − L + 1 lagged vectors of size L: to form the trajectory matrix Y of the series , defined as:
Step 2: Singular value decomposition. At the second step, we performed the SVD procedure of the trajectory matrix Y: where is the corresponding orthonormal system of the eigenvectors of the matrix with as the ordered non-zero eigenvalues, and are the factoring vectors. The collection is called the i-th eigentriple of the SVD, so all information about each of the components is contained in the i-th eigentriple.
Step 3: Eigentriple grouping. The eigentriple grouping procedure partitions the set of indices into m disjoint subsets , where . The resultant matrix that correspond to the group I is defined as . When the resultant matrices are computed for the groups , the expansion (2) leads to the decomposition:
Step 4: Diagonal averaging. At this step, we transformed each matrix of the grouped decomposition (3) into a new series of length N. Diagonal averaging applied to a resultant matrix produces a reconstructed series . Therefore, the initial series was decomposed into a sum of m reconstructed series:
The process of finding the complete decomposition of the original time series is equivalent to the identification of eigentriple of SVD of the trajectory matrix , corresponding to the trend, periodic components, and noise and their grouping by the component types.
We identified the temporal components for daily RI visually based on the analysis of graphs of eigenvectors. In general, eigenvectors have the same form as a component of the original series, to which they correspond. An eigenvector corresponding to the trend changes slowly and describes a long-term trend in the time series. The seasonal component with a period T, is defined by a pair of eigenvectors. In an ideal situation, this pair follow sine and cosine functions with period T and identical amplitude and phase. Thus, a two-dimensional diagram constructed on a plane of neighboring eigenvectors should have a spiral form. The number of turns of the resulted spiral indicates the period of a harmonic component. Finally, a period of a harmonic component is a ratio of the number of components in the expansion (the window length) to the number of spiral turns.

To describe the temporal patterns in the time series of daily RI rates and to estimate peak timing, we modeled the random sequences, , in the form of additive mixtures of harmonic components with periods corresponded to the number of days per year using a stationary regression with Poisson-distributed discrete noise, where and . The general form of a PPHR model is: where is the outcome interest at time t; t = 1, 2, …, N is time in days, where N is the number of days in a time series; is an intercept and the reflects mean daily values over the study period. The periodic sin and cos components have a frequency of = 1/365.25; are the estimated parameters of the model (or regression coefficients) for k—number of the periodic components. This model can also contain the trend terms reflecting the general dynamics of change during the observation period.
From the general form (5), we selected the components that were most reasonable to describe the annual and semi-annual oscillations based on the periodogram spectral analysis and the results of SSA modeling (a detailed explanation of how SSA modeling was used to build PPHR model is provided in Section 3). Thus, we built the PPHR for the daily rates with the following structure (Model B): where , the estimated parameters of the model. The seasonal terms: and represent the annual oscillation (when one seasonal peak is expected); the seasonal terms: and represent the semi-annual oscillation (when two seasonal peaks are likely); the function of trend is the third-degree polynomial to account for a potential overall slow non-linear change in RI over the study period. To ease the interpretation of model parameters, we also explored a simplified version of Model B, Model B’ with one seasonal term and one linear trend term:
We compared Model B and B’ to understand the improvements in model accuracy by considering additional terms.

2.4. Analysis of the Relationship between Daily RI Rates and Ambient Temperature

To examine the relationship between daily RI rates and ambient temperature, we expanded PPHR model (Models B and B’) by including two terms for ambient temperature: one term ( for an immediate effect with 1-day lag (t-1) and the second term ( for a lagged effect with a variable lag (t-l). Thus, Models C and its simplified version C’ have the structure: and: where are the estimated parameters for the temperature terms; is the value of the average temperature on day t-1; is the value of the average temperature on day t-l; l is the lag in days between the time of disease incidence maximum and the time of temperature minimum. The inclusion of two terms for temperature is justified by a potential difference between a seasonal peak in RI and a seasonal nadir in temperature. If such difference is detected the two terms should reflect the immediate and the lagged effects.
To estimate this lag l and to determine the seasonal nadir in the daily time series of temperature in each city, we used a harmonic regression model with a Gaussian distribution for ambient temperature as the outcome variable, Model D: where is the mean of the ambient temperature over the study period; are the estimated parameters of the model for two harmonic terms as in Models B’ and C’; is the time series frequency; is the model residuals. In cold climates, the average ambient temperature exhibits only one seasonal peak and one season nadir, thus two harmonic terms should be sufficient.
We estimated the parameters of Model C’ and determined the statistical significance of the contribution of the temperature component in explaining the variance of the time series of daily RI rates. We also estimated the relative risk (RR) of daily RI, associated with immediate (RR1) and lagged (RR2) effects in temperature associated with 1 °C, as: and their lower and upper bounds of the confidence intervals (95%CI), as:
To estimate the model parameters obtained with PPHR approaches, we used the iterative Gauss–Newton least squares method [34]. We plotted the values of RI rates estimated from Models A, B’, and C’. Finally, we estimated the average seasonal peaks of disease incidence from Model A, Model B’, and Model C’ and estimated the difference (lag) between the peak timing in disease incidence and the time when temperature reaches its minimum.
The quality of fit for the constructed models was evaluated by the coefficient of determination D, reflecting the overall proportion of variance in explained by the model components and the proximity to the Poisson-distributed residuals, , having the minimum values of the statistical characteristics (mean, median, minimum, maximum, standard deviation, and mean absolute error (MAE)). All analysis was performed using Statistica 12.0 (StatSoft Inc., Palo Alto, CA, USA) statistical software. Codes for SSA models [35] were based on the “Caterpillar” SSA algorithm and can be requested from the author (O.K.A.). The compiled dataset containing daily time series of RI rates and temperature is provided in the Supplementary Materials Table S1.

The CliWaDIN database and codes for SSA algorithms are properly registered [29,35].

O.K.A. and E.N.N. designed the data analysis protocol; V.B.L. oversaw data collection and project conceptualization; O.K.A. oversaw data abstraction and conducted data analysis; O.K.A. and E.N.N. were involved in the study conceptualization, drafted, and edited the manuscript. All authors have reviewed and approved the manuscript. E.N.N. was responsible for funding acquisition.

E.N.N. was in part supported by the grant on “Ethical Dimensions of Data Access, Sharing, and Communication” from the Jonathan M. Tisch College of Civic Life at Tufts University. 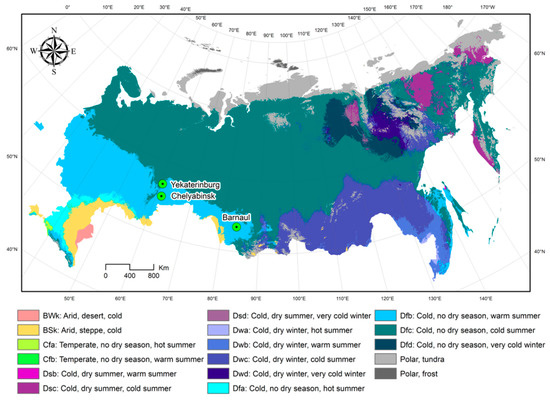 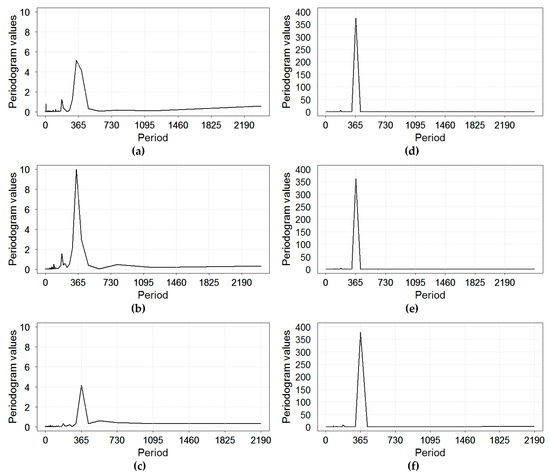 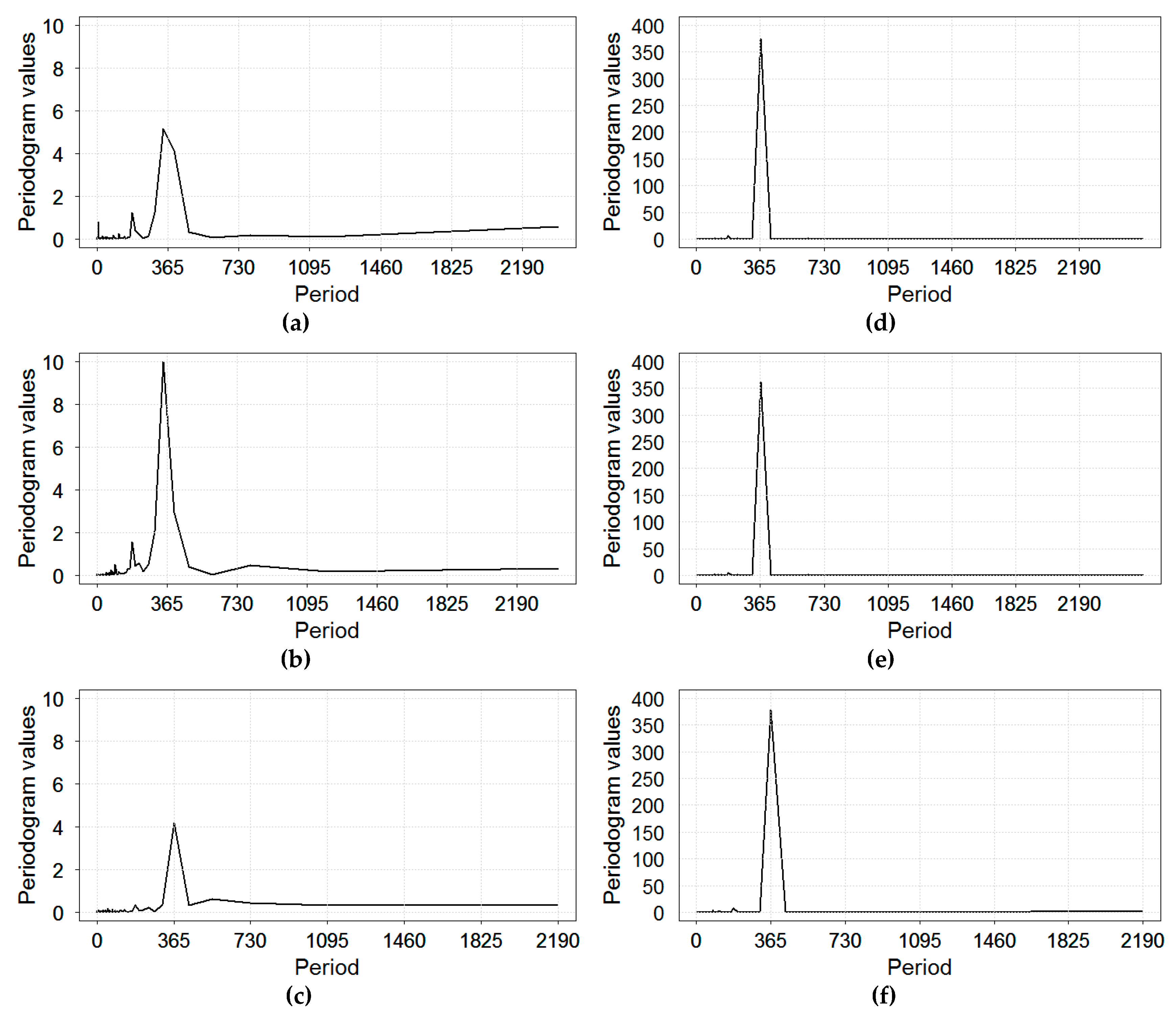 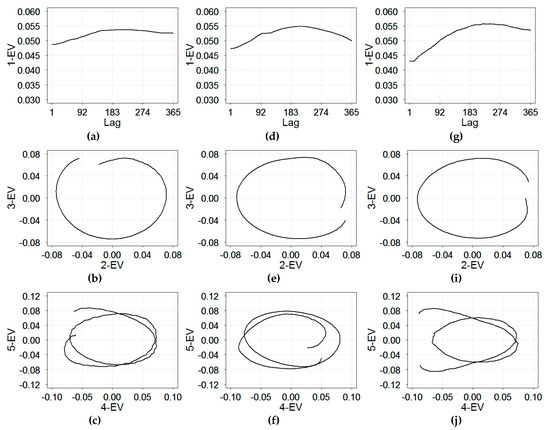 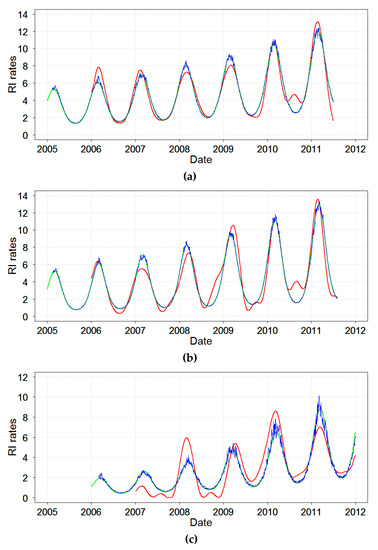