The Human–Animal Relationship as the Focus of Animal-Assisted Interventions: A One Health Approach

Article
And in the Middle of My Chaos There Was You?—Dog Companionship and Its Impact on the Assessment of Stressful Situations
by

:
Recent studies show evidence that human-dog companionship has healthy effects on humans. For example, findings demonstrate that owning a dog leads to a reduction in stress levels. Aspects that have not been taken into consideration so far are underlying theoretical principles of stress like the sense of coherence (SOC) by Aaron Antonovsky. The SOC consists of psycho-social, biochemical and physical conditions which indicate whether or not inner and outer stimuli are comprehensive, manageable and meaningful to an individual. In addition, it is still unclear if owning a dog affects the subjective assessment of critical life events (CLE), which is associated with the strength of the SOC (the stronger the SOC, the better the handling and assessment of stressful situations). Based on these aspects, the goal of the study was to examine if dog ownership, as well as values of the SOC, have an impact on the subjective evaluation of CLE (including daily hassles as well as unexpected critical life events). For this purpose, dog owners and non-dog owners were surveyed online and were compared based on their personal estimations regarding these constructs. Statistical analysis including t-tests, correlations and interaction-analyses were performed and a significant difference between dog owners and non-dog owners regarding the assessment of daily hassles was found. Contrary to expectations, results show that dog owners assessed daily stressors to be more stressful than non-dog owners did. Moreover, data show that the higher the number of stated relationships (inner- and cross-species), the more stressful life events were assessed to be. Calculations showed no evidence for the influence of dogs regarding the SOC. Based on the actual findings, it might be assumed, that an overestimation of the dog’s protective role regarding stress has taken place in public media and in research as well.
Keywords:
human-dog relationship; critical life events; sense of coherence; role-specific responsibilities; inner- and cross-species relationships

An online survey was conducted in English and German, using a cross-sectional design. The survey test battery included open and closed questions regarding demographic data and standardized questionnaires concerning the human-dog bond (Lexington Attachment to Pet Scale), the sense of coherence (SOC-29-Scale) and the assessment of critical life events (Social Readjustment Rating Scale). Dog owners and non-dog owners were recruited using snowball sampling and surveyed online via different internet platforms. In total, 313 fully completed data sets were included in the statistical analysis (n = 313). The sample consists of 75.5% women, 23.9% men and 0.7% others, with an average age of 39 years (M = 38.55, SD = 15.106). Regarding marital status, the sample was mainly married (36.3%) or in a relationship (30.7%). Around a quarter of the participants stated to be single (24.8%), several participants were divorced (6.6%) or widowed (1.6%) at the time of the survey. Nearly one-third of the sample indicated that they had finished undergraduate or graduate school (bachelor’s or a master’s degree, 33.7%). A total of 14.7% stated that they had graduated high school and another 14.7% stated that they had graduated college. More than one-third of the participants indicated that they had attained another level of education (36.9%).
Regarding dog-ownership, more than half of the sample claimed to own at least one dog at the time of data receipt (52.8%). A total of 35.6% participants indicated that they had never owned a dog and 11.6% stated that they had owned a dog previously but did not at the time of the survey. Since the last group did not include a sufficient number of participants (n = 35), the data were not involved in the statistical analysis.

Collected data included the present status of dog-ownership (current dog owners, earlier dog owners or non-dog owners), sex, age, highest educational attainment, job, current place of residence, nationality, marital status, number of children and ownership of another animal. These data could be important as possible influencing factors on the human-dog bond, the sense of coherence and the assessment of critical life events.

The Lexington Attachment to Pets Scale [17] was used to measure the present experienced intensity of the bond between a dog and its owner. The questionnaire consists of 23 items that can be answered on a four-point rating scale (from totally disagree to totally agree). The LAPS commands a good internal consistency (Cronbach alpha of α = 0.928) and assesses the level of emotional attachment to cats and dogs. As all items are formulated in the present tense, only current dog owners were asked to answer this questionnaire.
Example statement: “I feel that my dog is part of my family”

Aaron Antonovsky’s Sense of Coherence Scale was used, for measuring the strength of the sense of coherence. It consists of 29 items, including the subscales “comprehensibility”, “manageability” and “meaningfulness” [18]. The response alternatives have a range between 1 point and 7 points and the internal consistency amounts to α = 0.92.
Example question: “Do you have the feeling that you don’t really care about what goes on around you?”

The SRRS was used to measure the subjective experienced stress in relation to critical life events. It was developed in 1967 by Thomas Holmes and Richard Rahe and consists of 43 items that represent life events which entail a reorientation [19]. These items can be rated on a scale between 0 (no stress) and 100 (enormous stress).
Example items: “marriage” (normative stressor or challenge); “death of a spouse” (non-normative stressor or loss).
In order to evaluate all relevant characteristics of stressors, the items of the SRRS were divided into normative and non-normative stressors, as well as into “challenges”, “threats” and “losses”, on the basis of the theoretical principles of Yoav Lavee, Hamilton I. McCubbin and David H. Olson [15] and Richard S. Lazarus and Edward M. Opton [16], respectively.

2.2.5. Subjective Assessment of the Human-Dog Relationship

In addition to standardised questionnaires, open questions regarding dog ownership were included in the test-battery. Dog owners were asked about their personal opinion regarding the subjective estimation of how their dogs affect them in stressful situations. The subjective viewpoints were compared with the measured findings.

Analyses were computed with SPSS 24.0 (SPSS Inc., Chicago, IL, USA). Correlation calculations were conducted for measuring the mutual relations between the variables “human-dog bond” (determined by LAPS), “sense of coherence” (determined by SOC-29- Scale) and “assessment of critical life events” (determined by SRRS). Kolmogorov–Smirnov tests were implemented for the verification of the normal distribution. Differences between the groups “current dog owners” and “non-dog owners” were calculated using t-tests and Cohens d as an effect size measurement. To test the required conditions for t-tests, Kolmogorov–Smirnov tests of normal distribution and Levene’s Test of equality of variances were conducted prior to the examination. For all analysis, the significance level was set at p ≤ 0.05. After all the calculations were conducted, a correction of the p-values (method: Bonferroni correction) was executed and potential limitations were analyzed.
Since there is evidence that role-specific responsibilities affect the assessment of stressful situations and the results indicated an influence of the relationship with a dog on the assessment of stressful events, further calculations were conducted to investigate the general impact of relationships. For this purpose, demographic data regarding the marital status (married, single, domestic partnership, divorced or widowed) and current status of parenthood (children or no children) were included in the analysis. The family status was reduced to two variables (partnership and no partnership) and corresponding mean values regarding the assessment of stressful life events were compared. Additionally, general information regarding animal companionship (no animals, dogs, dogs and other animals) were used to calculate interactions between inner-species relationships (marital status and parenthood) and cross-species relationships (animal companionship) concerning normative stressors.

3.1. Owners of A Companion Dog and SOC

3.2. Dog Companionship and the Assessment of Stressful Life Events

3.3. Impact of the Strength of the Human-Dog Bond on the SOC and the Assessment of Stressful Life Events

3.4. Inner-Species and Cross-Species Relationships and the Assessment of Stressful Life Events

3.5. Subjective Assessment of the Human-Dog Relationship

Results of the subjective assessment of the human-dog relationship show that most dog owners experience their dogs as helpful when coping with stressful situations. Statements like “My dog notices when I’m not feeling well. He then behaves very considerately” and “My dog already helped me through very stressful times. He gave me the love I needed in that time”, suggesting that dog owners attribute their dogs as having a helpful role during stressful situations.

Despite several statistically significant results, it is important to mention that the relevance of the results in the present study needs consideration. The effect sizes in all calculations are very small. That is why it must be reflected that the differences and correlations regarding the assessment of critical life events might be incidental, which is also evident from the results of the p-value correction. Considering the fact that this study did not focus on examining the motivations of dog ownership in depth, this might be seen as a limiting factor in the interpretation of the results. The present findings might also be a result of the fact that individuals who rate critical life events as being more stressful in general own a dog, as opposed to individuals rating critical life events as being less stressful. Another critical aspect of the presented study is the sampling approach using voluntary participants. In addition to the fact that the general population of dog owners is unknown, which is a problem for representative sampling per se, participants were recruited online and were given the chance to voluntarily take part in the study or not. This clearly leads to a self-selected sample and, therefore, to a potentially biased result. However, it must be mentioned that, according to Internet World Stats, the internet penetration rate is quite high already (87.7% Europe, 89.9% North America) [25]. A potential solution for the future would need to include knowledge about the researched general population (all dog owners) to compare the results from a representative group with the presented findings.

The relevance of relationships with dogs seems to be even more important than previously expected. Most results in this study indicate that the human-dog bond impacts a dog-owners’ life and that the role of dogs has changed into the role of a family member. Regarding the sense of coherence, which was assumed as an important parameter within the present study, it might be argued that based on our findings, the SOC has less impact on the self-concept than expected. This aspect should be taken into consideration in further research regarding human–animal bonds.
Taking all results into account, the statistical tendency that dog ownership leads to additional experienced stress seems obvious. This leads to the assumption that an overestimation of the dog’s protective role regarding stress may have taken place. Although personal subjective viewpoints differ from measurable findings, assumptions in public media and research on dogs and their positive influence on wellbeing on humans play a role that should not be underestimated. Future research should examine this aspect and analyze the difference between inducted ideas regarding the benefits of animals and actual measurable profits. 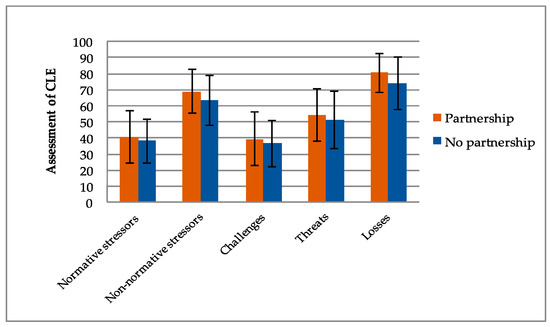 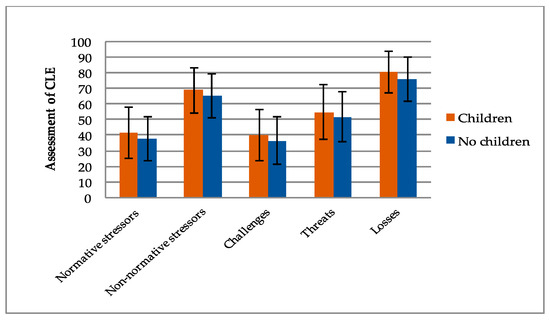 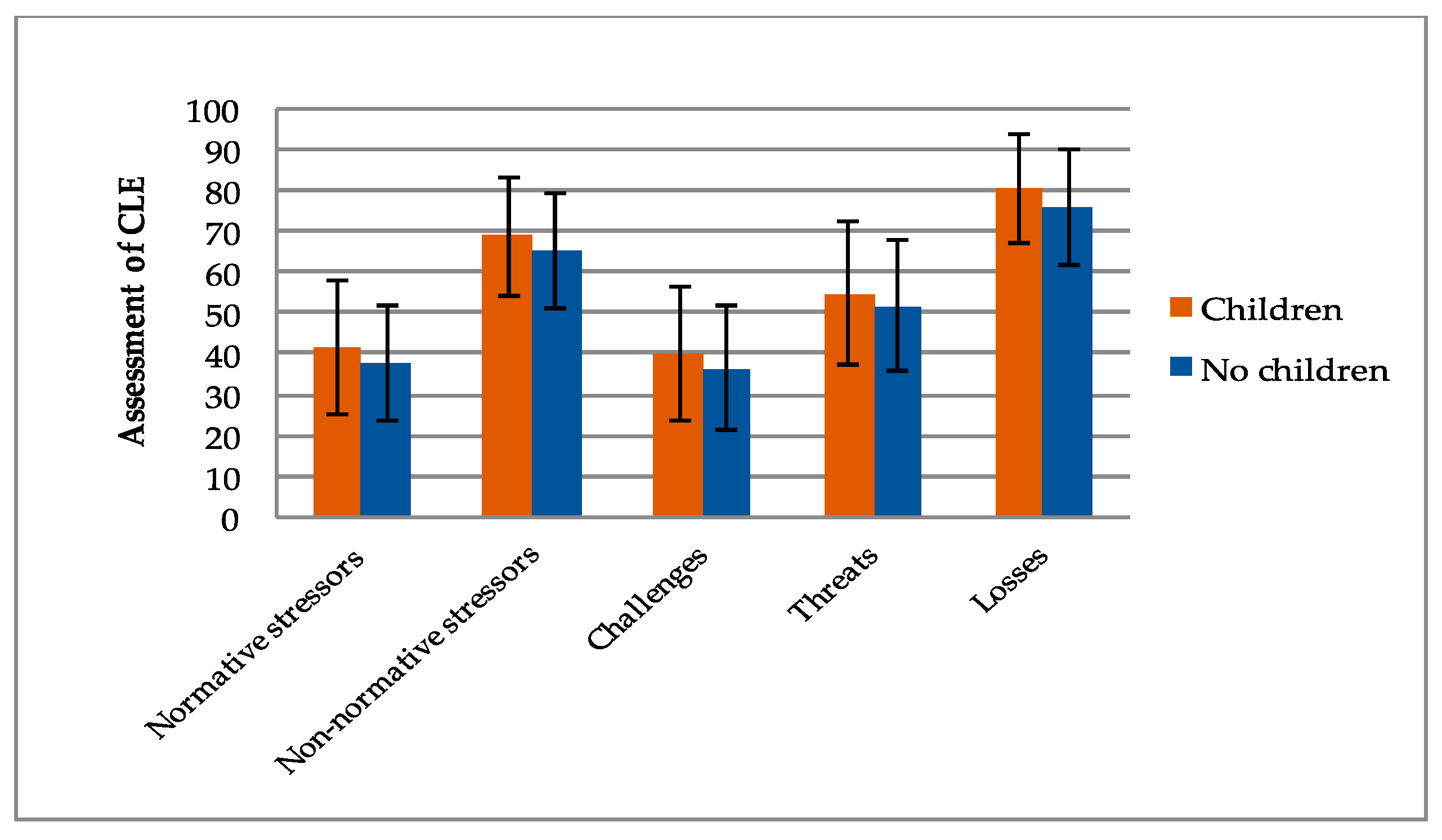