Risk of Endometriosis and Subsequent Ovary and Breast Cancers in Nurses: A Population-Based Cohort Study in Taiwan
Previous Article in Journal

Development of TracMyAir Smartphone Application for Modeling Exposures to Ambient PM2.5 and Ozone

Assessing the Effects on Health Inequalities of Differential Exposure and Differential Susceptibility of Air Pollution and Environmental Noise in Barcelona, 2007–2014 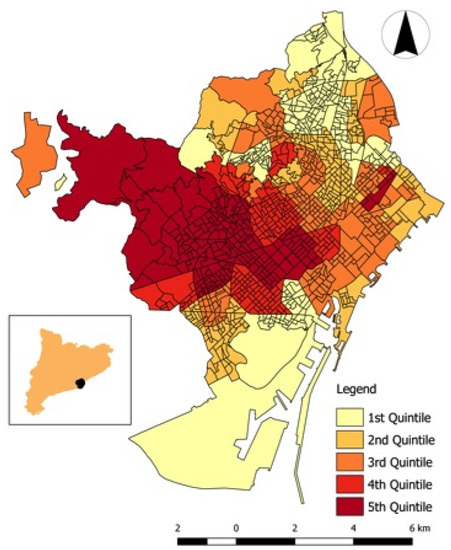