Effects of Railway Elevation, Operation of a New Station, and Earthquakes on Railway Noise Annoyance in Kumamoto, Japan

The aim of this study was to evaluate the perception and annoyance of noise from wind turbines in populated areas of Poland. A questionnaire inquiry was carried out among 517 subjects, aged 18–88, living within 204–1726 m from the nearest wind turbine. For areas where respondents lived, A-weighted sound pressure levels (SPLs) were calculated as the sum of the contributions from the wind power plants in the specific area. It has been shown that the wind turbine noise at the calculated A-weighted SPL of 33–50 dB was perceived as annoying or highly annoying by 46% and 28% of respondents, respectively. Moreover, 34% and 18% of them said that they were annoyed or highly annoyed indoors, respectively. The perception of high annoyance was associated with the A-weighted sound pressure level or the distance from the nearest wind turbine, general attitude to wind farms, noise sensitivity and terrain shape (annoyance outdoors) or road-traffic intensity (annoyance indoors). About 48–66% of variance in noise annoyance rating might be explained by the aforesaid factors. It was estimated that at the distance of 1000 m the wind turbine noise might be perceived as highly annoying outdoors by 43% and 2% of people with negative and positive attitude towards wind turbines, respectively. There was no significant association between noise level (or distance) and various health and well-being aspects. However, all variables measuring health and well-being aspects, including stress symptoms, were positively associated with annoyance related to wind turbine noise. View Full-Text
Keywords: wind turbines; noise; annoyance; health effects wind turbines; noise; annoyance; health effects
►▼ Show Figures 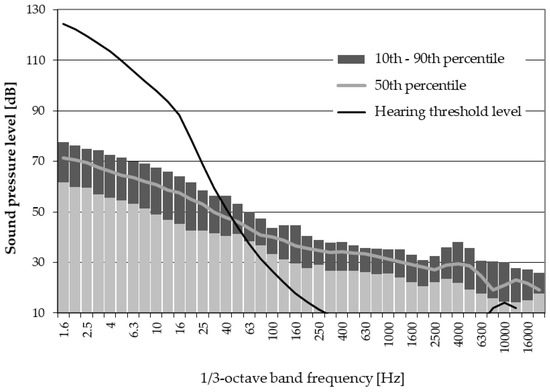