The introduction of antiretroviral therapy (ART) has allowed human immunodeficiency virus (HIV) suppression in patients. We present data of a cohort of Puerto Rican patients with HIV who were under treatment with a steady regime of ART across a time horizon of eleven years. The time periods were categorized into four year stratums: 2000 to 2002; 2003 to 2005; 2006 to 2008 and 2009 to 2011. Socio-demographic profile, HIV risk factors, co-morbid conditions were included as study variables. One year mortality was defined. The p value was set at ≤0.05. The cohort consisted of 882 patients with 661 subjects presenting with persistent HIV viral load after a self-reported 12 month history of ART use. In this sub-cohort a higher viral load was seen across time (p < 0.05). Illicit drug use, IV drug use, alcohol use, loss of work were associated to having higher viral load means (p < 0.05). HIV viral load mean was lower as BMI increased (p < 0.001). It is imperative to readdress antiretroviral adherence protocols and further study ART tolerance and compliance. View Full-Text
Keywords: HIV; viremia; mean viral load; ART; Puerto Rico HIV; viremia; mean viral load; ART; Puerto Rico
►▼ Show Figures 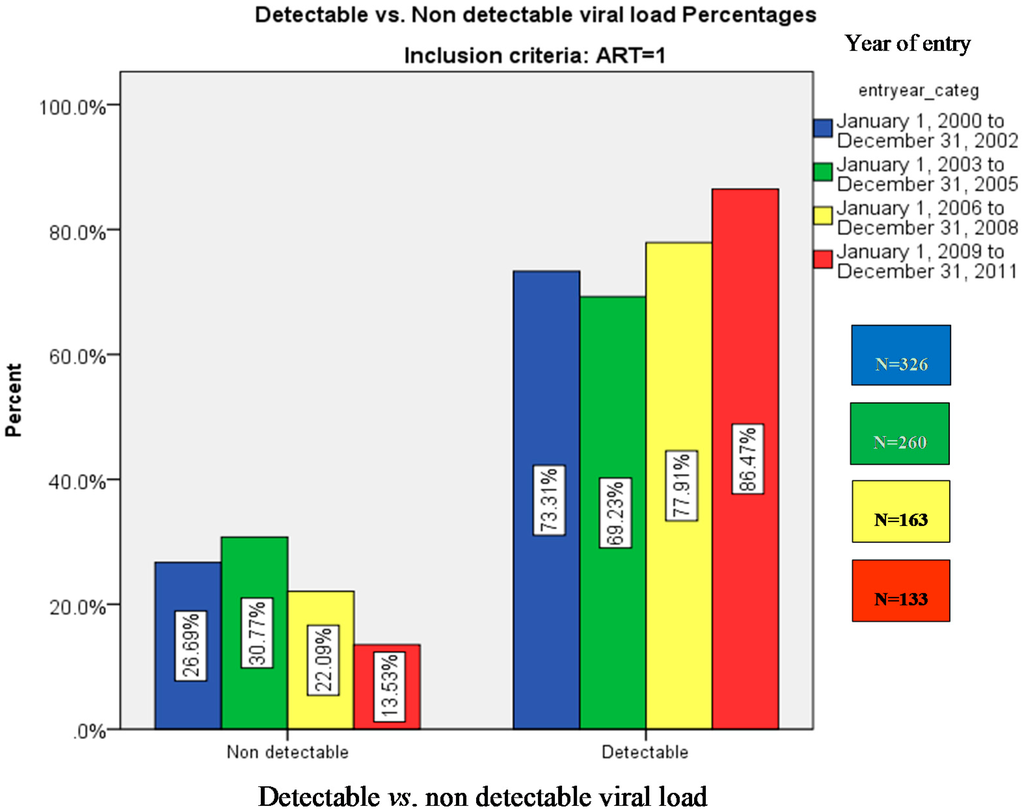