Childhood cancer remains the leading cause of disease-related death among children 0 to 14 years and incidence varies by race, ethnicity, sex, geographic locale, and age at onset. However, data are unavailable in some regions, indicative of a need for such information for cancer awareness, education and prevention program. We utilized retrospective epidemiologic design to assess and characterize pediatric tumors in the Nemours Electronic Medical Records, between 2004 and 2014. Tumor frequency and children population size were used to determine the period prevalence as cumulative incidence (CI) proportion, as well as chi-square and Poisson Regression. The CI for overall childhood cancer in Delaware was 234 per 100,000 children, and varied by race, black (273 per 100,000), white (189 per 100,000). Similarly, sex variability was observed in CI, boys (237 per 100,000) and girls (230 per 100,000). The most commonly diagnosed malignancies were acute lymphoblastic leukemia (ALL), Central Nervous System (CNS)/brain and renal cancer. The geographic locales with relatively higher cancer CI in the state of DE were zip codes 19804 and 19960, but this does not imply cancer clustering. Differences in overall childhood cancer distribution occurred by race, sex, geography, and age. These findings are indicative of the need for cancer-specific health education, awareness and prevention programs in reducing the observed disparities in Delaware. View Full-Text
Keywords: pediatric cancer; health disparities; cumulative incidence; Delaware pediatric cancer; health disparities; cumulative incidence; Delaware
►▼ Show Figures 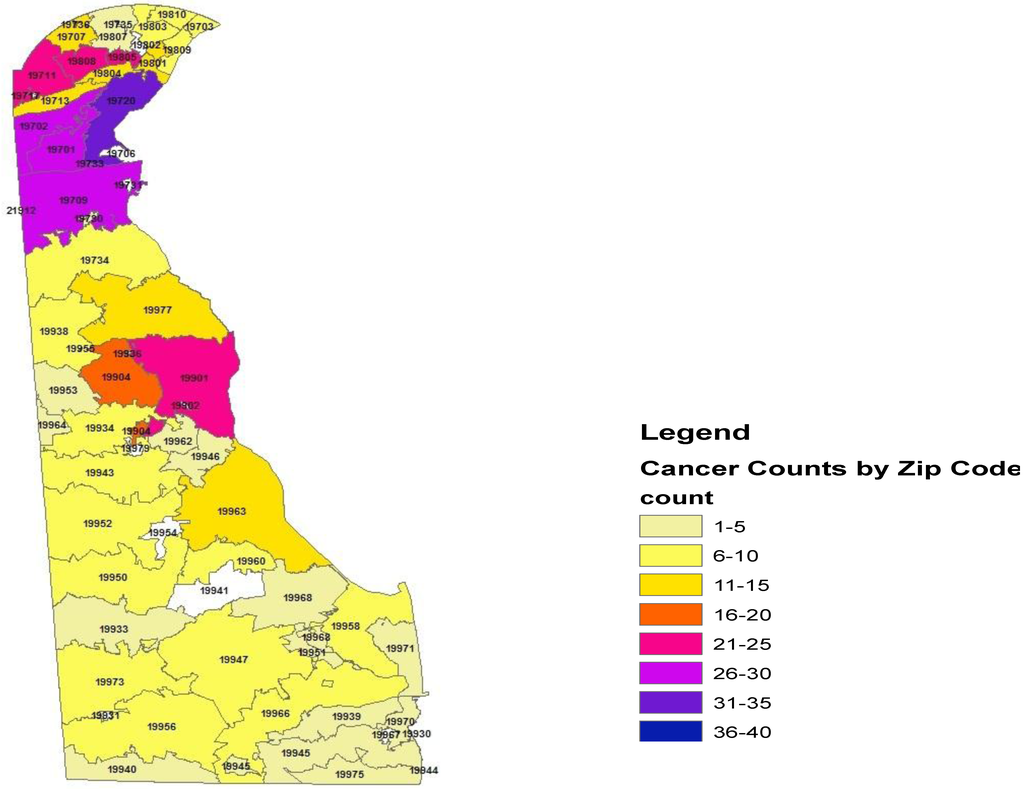