Reservoirs are artificial environments built by humans, and the impacts of these environments are not completely known. Retention time and high nutrient availability in the water increases the eutrophic level. Eutrophication is directly correlated to primary productivity by phytoplankton. These organisms have an important role in the environment. However, high concentrations of determined species can lead to public health problems. Species of cyanobacteria produce toxins that in determined concentrations can cause serious diseases in the liver and nervous system, which could lead to death. Phytoplankton has photoactive pigments that can be used to identify these toxins. Thus, remote sensing data is a viable alternative for mapping these pigments, and consequently, the trophic. Chlorophyll-a (Chl-a) is present in all phytoplankton species. Therefore, the aim of this work was to evaluate the performance of images of the sensor Operational Land Imager (OLI) onboard the Landsat-8 satellite in determining Chl-a concentrations and estimating the trophic level in a tropical reservoir. Empirical models were fitted using data from two field surveys conducted in May and October 2014 (Austral Autumn and Austral Spring, respectively). Models were applied in a temporal series of OLI images from May 2013 to October 2014. The estimated Chl-a concentration was used to classify the trophic level from a trophic state index that adopted the concentration of this pigment-like parameter. The models of Chl-a concentration showed reasonable results, but their performance was likely impaired by the atmospheric correction. Consequently, the trophic level classification also did not obtain better results. View Full-Text
Keywords: chlorophyll-a; bio-optical models; case-2 waters; remote sensing; multispectral image chlorophyll-a; bio-optical models; case-2 waters; remote sensing; multispectral image
►▼ Show Figures 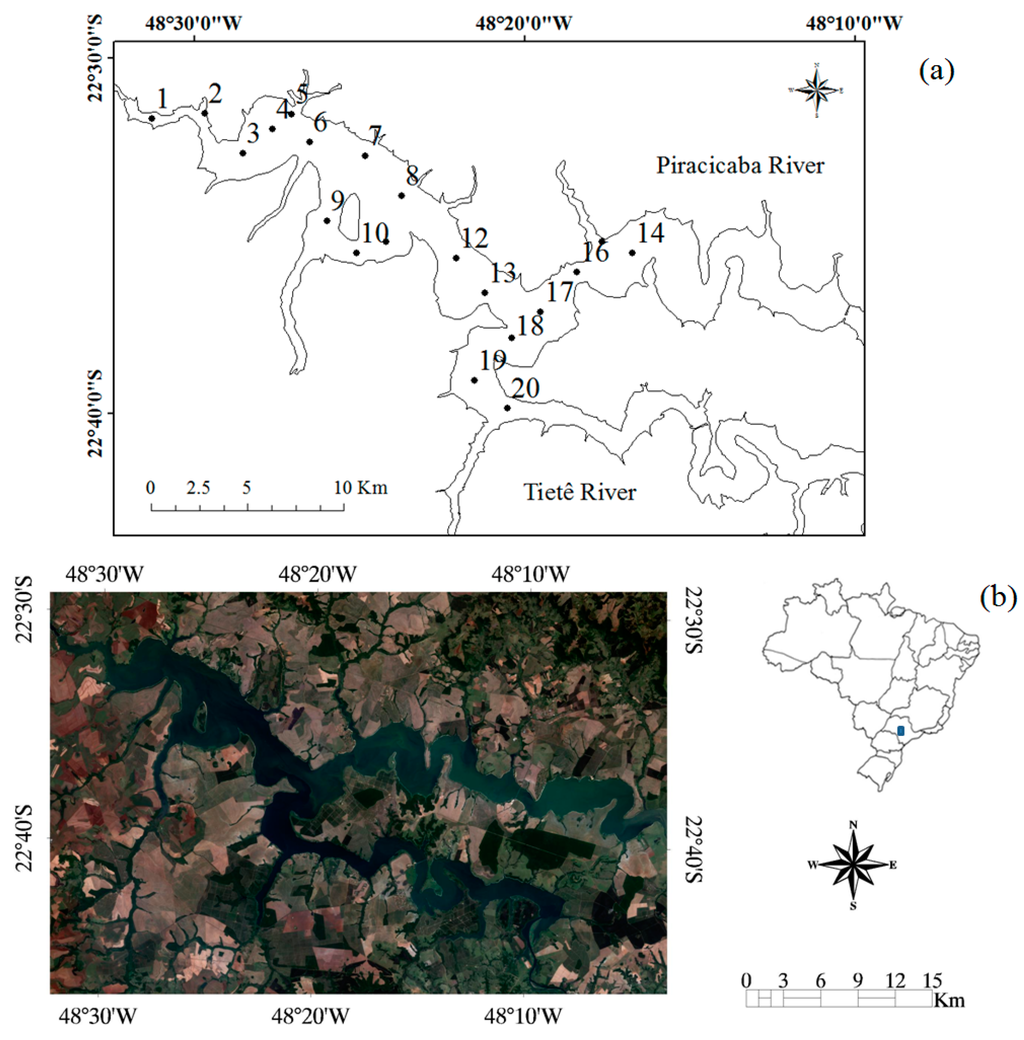