Sex, Sport, IGF-1 and the Community Effect in Height Hypothesis

We test the hypothesis that differences in social status between groups of people within a population may induce variation in insulin-like growth factor-1(IGF-1) levels and, by extension, growth in height. This is called the community effect in height hypothesis. The relationship between IGF-1, assessed via finger-prick dried blood spot, and elite level sport competition outcomes were analysed for a sample of 116 undergraduate men and women. There was a statistically significant difference between winners and losers of a competition. Winners, as a group, had higher average pre-game and post-game IGF-1 levels than losers. We proposed this type of difference as a proxy for social dominance. We found no evidence that winners increased in IGF-1 levels over losers or that members of the same team were more similar in IGF-1 levels than they were to players from other teams. These findings provide limited support toward the community effect in height hypothesis. The findings are discussed in relation to the action of the growth hormone/IGF-1 axis as a transducer of multiple bio-social influences into a coherent signal which allows the growing human to adjust and adapt to local ecological conditions. View Full-Text
Keywords: GH/IGF-1; social dominance; social networks GH/IGF-1; social dominance; social networks
►▼ Show Figures 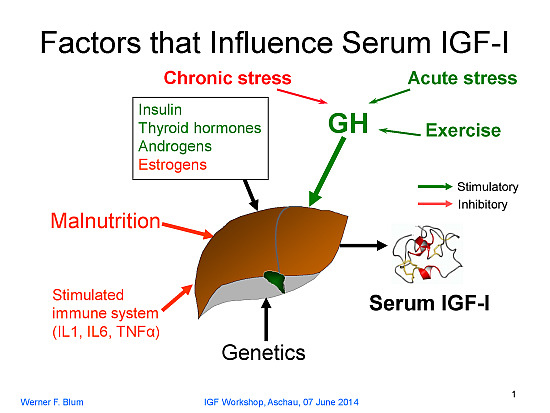