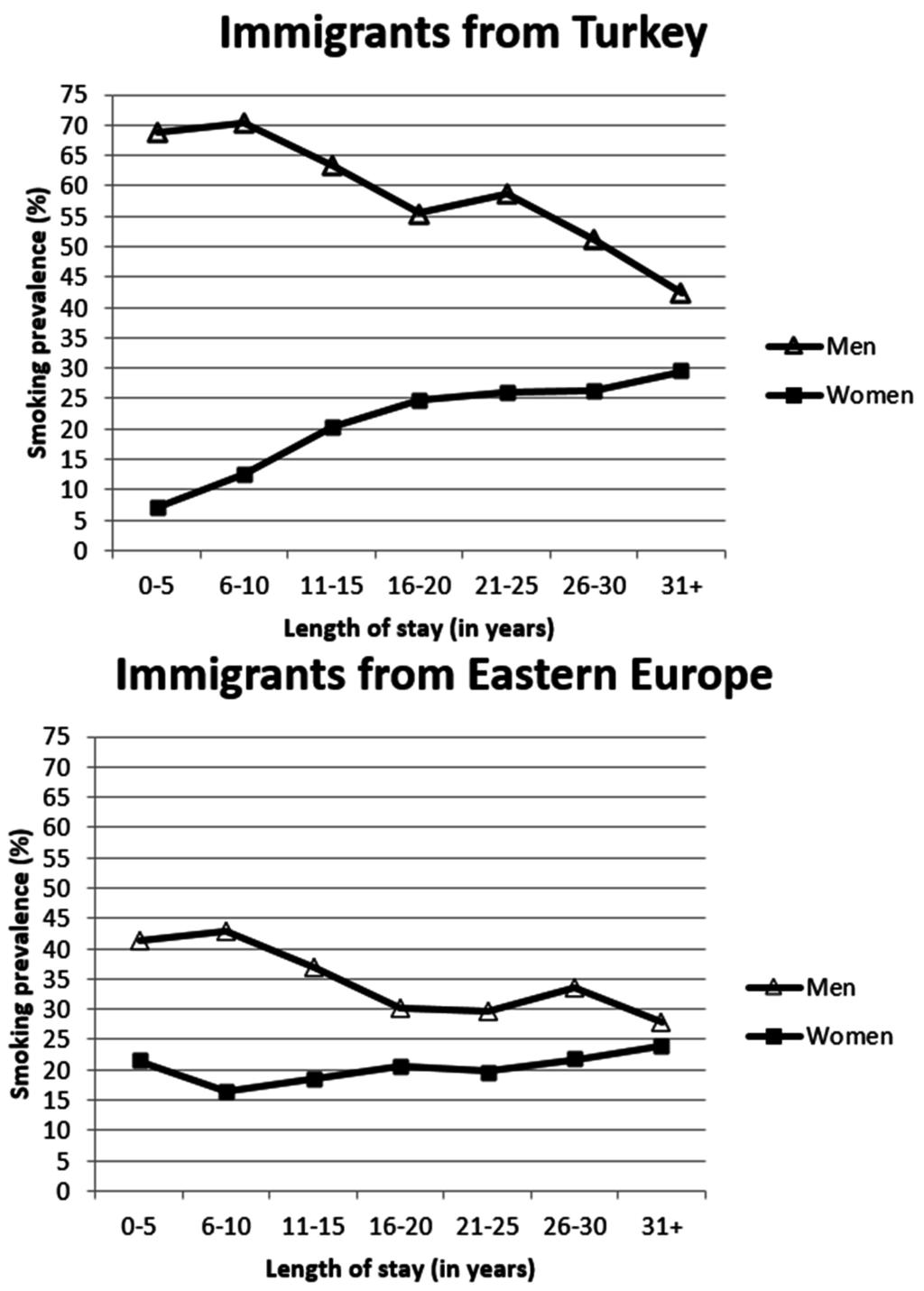 
Reiss K, Schunck R, Razum O. Effect of Length of Stay on Smoking among Turkish and Eastern European Immigrants in Germany—Interpretation in the Light of the Smoking Epidemic Model and the Acculturation Theory. International Journal of Environmental Research and Public Health. 2015; 12(12):15925-15936. https://doi.org/10.3390/ijerph121215030


Reiss, Katharina, Reinhard Schunck, and Oliver Razum. 2015. "Effect of Length of Stay on Smoking among Turkish and Eastern European Immigrants in Germany—Interpretation in the Light of the Smoking Epidemic Model and the Acculturation Theory" International Journal of Environmental Research and Public Health 12, no. 12: 15925-15936. https://doi.org/10.3390/ijerph121215030