Mosquito surveillance in Europe is essential for early detection of invasive species with public health importance and prevention and control of emerging pathogens. In Portugal, a vector surveillance national program—REVIVE (REde de VIgilância de VEctores)—has been operating since 2008 under the custody of Portuguese Ministry of Health. The REVIVE is responsible for the nationwide surveillance of hematophagous arthropods. Surveillance for West Nile virus (WNV) and other flaviviruses in adult mosquitoes is continuously performed. Adult mosquitoes—collected mainly with Centre for Disease Control light traps baited with CO2—and larvae were systematically collected from a wide range of habitats in 20 subregions (NUTS III). Around 500,000 mosquitoes were trapped in more than 3,000 trap nights and 3,500 positive larvae surveys, in which 24 species were recorded. The viral activity detected in mosquito populations in these years has been limited to insect specific flaviviruses (ISFs) non-pathogenic to humans. Rather than emergency response, REVIVE allows timely detection of changes in abundance and species diversity providing valuable knowledge to health authorities, which may take control measures of vector populations reducing its impact on public health. This work aims to present the REVIVE operation and to expose data regarding mosquito species composition and detected ISFs. View Full-Text
Keywords: surveillance; mosquito; vector; invasive species; flaviviruses; REVIVE; Portugal surveillance; mosquito; vector; invasive species; flaviviruses; REVIVE; Portugal
►▼ Show Figures 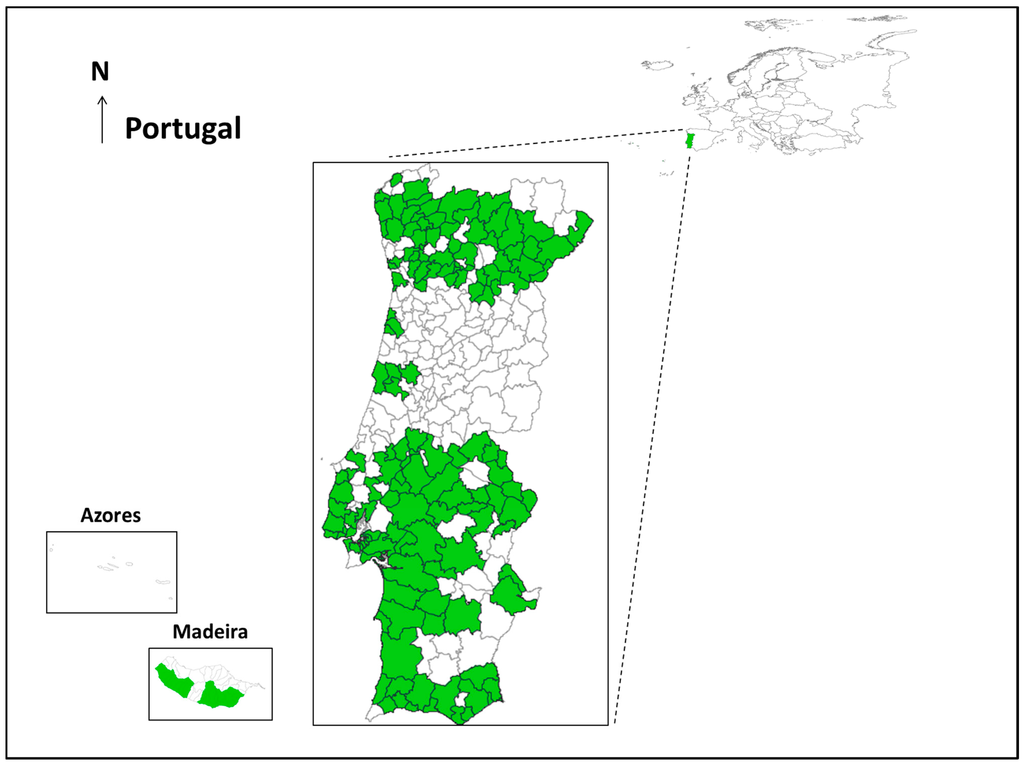