Bacterial meningitis is caused by a variety of pathogens and displays an important public health threat all over the world. Despite the necessity to develop customized public health-related research projects, a thorough study of global meningitis research is not present, so far. Therefore, the aim of this study was a combined density-equalizing and scientometric study. To evaluate the scientific efforts of bibliometric methods, density-equalizing algorithms and large-scale data analysis of the Web of Science were applied in the period between 1900 and 2007. From this, 7998 publications on bacterial meningitis have been found. With a number of 2698, most publications have been written by U.S. authors, followed by the UK (912), Germany (749) and France (620). This dominance can also be shown in the international cooperation. The specific citation analyses reveal that the nation with the highest average citation rate (citations per publications) was Norway (26.36), followed by Finland (24.16) and the U.S. (24.06). This study illustrates the architecture of global research on bacterial meningitis and points to the need for customized research programs with a focus on local public health issues in countries with a low development index, but high incidences, to target this global public health problem. View Full-Text
Keywords: bacterial meningitis; acute meningitis; scientometric analysis; density equalizing mapping bacterial meningitis; acute meningitis; scientometric analysis; density equalizing mapping
►▼ Show Figures 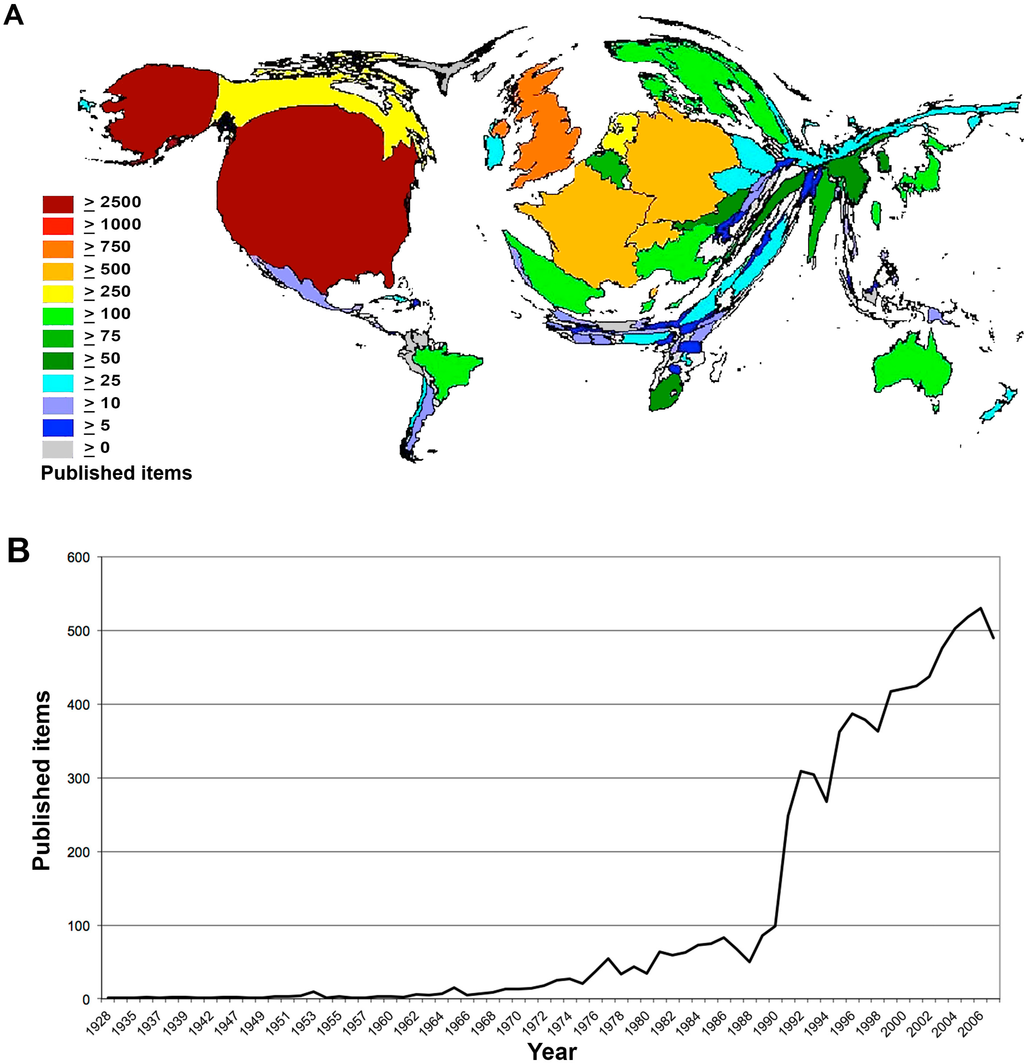