Indoor and Outdoor Monitoring of Volatile Organic Compounds in School Buildings: Indicators Based on Health Risk Assessment to Single out Critical Issues
Next Article in Special Issue

Flaviviruses in Europe: Complex Circulation Patterns and Their Consequences for the Diagnosis and Control of West Nile Disease

The Changing Epidemiology of Kunjin Virus in Australia

West Nile virus (WNV) is a mosquito-borne virus responsible for outbreaks of viral encephalitis in humans and horses, with particularly virulent strains causing recent outbreaks of disease in Eastern Europe, the Middle East and North America. A strain of WNV, Kunjin (WNVKUN), is endemic in northern Australia and infection with this virus is generally asymptomatic. However in early 2011, an unprecedented outbreak of encephalitis in horses occurred in south-eastern Australia, resulting in mortality in approximately 10%–15% of infected horses. A WNV-like virus (WNVNSW2011) was isolated and found to be most closely related to the indigenous WNVKUN, rather than other exotic WNV strains. Furthermore, at least two amino acid changes associated with increased virulence of the North American New York 99 strain (WNVNY99) compared to the prototype WNVKUN were present in the WNVNSW2011 sequence. This review summarizes our current understanding of WNVKUN and how the epidemiology and ecology of this virus has changed. Analysis of virulence determinants of contemporary WNVKUN isolates will provide clues on where virulent strains have emerged in Australia. A better understanding of the changing ecology and epidemiology associated with the emergence of virulent strains is essential to prepare for future outbreaks of WNV disease in Australia. View Full-Text
Keywords: West Nile virus; Kunjin virus; epidemiology; Australia West Nile virus; Kunjin virus; epidemiology; Australia
►▼ Show Figures 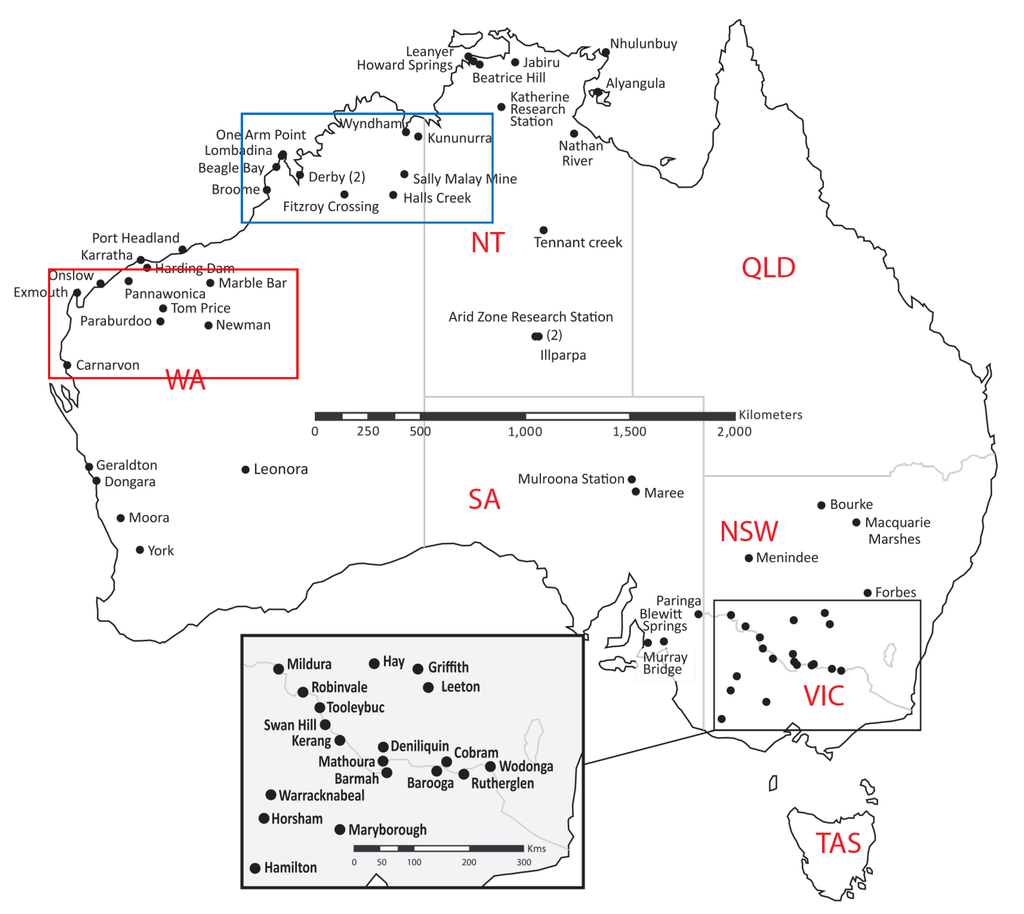