Fucoxanthin and Its Metabolite Fucoxanthinol in Cancer Prevention and Treatment

Fucoxanthin is a carotenoid present in the chloroplasts of brown seaweeds. When ingested, it is metabolized mainly to fucoxanthinol by digestive enzymes of the gastrointestinal tract. These compounds have been shown to have many beneficial health effects, including anti-mutagenic, anti-diabetic, anti-obesity, anti-inflammatory and anti-neoplastic actions. In every cancer tested, modulatory actions of fucoxanthinol on viability, cell-cycle arrest, apoptosis and members of the NF-κB pathway were more pronounced than that of fucoxanthin. Anti-proliferative and cancer preventing influences of fucoxanthin and fucoxanthinol are mediated through different signalling pathways, including the caspases, Bcl-2 proteins, MAPK, PI3K/Akt, JAK/STAT, AP-1, GADD45, and several other molecules that are involved in cell cycle arrest, apoptosis, anti-angiogenesis or inhibition of metastasis. In this review, we address the mechanisms of action of fucoxanthin and fucoxanthinol according to different types of cancers. Current findings suggest that these compounds could be effective for treatment and/or prevention of cancer development and aggressiveness. View Full-Text
Keywords: fucoxanthin; fucoxanthinol; viability; apoptosis; cancer fucoxanthin; fucoxanthinol; viability; apoptosis; cancer
►▼ Show Figures 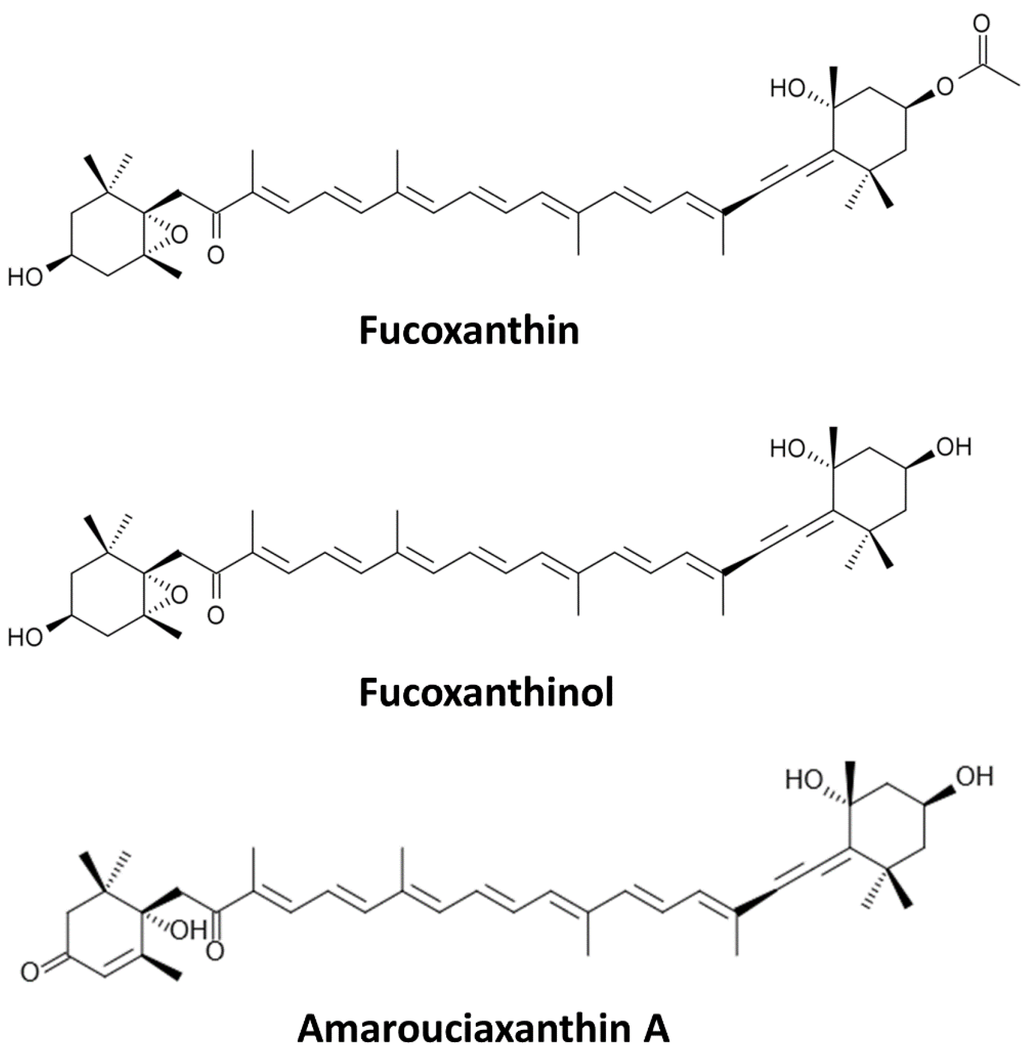