The residential district St. Alban is one of the most historical neighborhoods of the city and owes its name to the first monastery in Basel, that used to be located in the area. The church, the old St. Alban gate that once led into the city, as well as the medieval paper mill are still preserved to this day. In the second half of the 19th century, most of the St. Alban quarter was constituted of stately villas. Over time, a number of these houses that were difficult to manage were converted into commercial buildings.

The house was built between June 1947 and July 1948 by architect Ernst Egeler on behalf of Bühler AG in the garden of a family villa. Bühler AG was a quality printing and bookbinding company specializing in modern bookkeeping print matters. In this sense, specifically built for this purpose, the building itself is a symbol of innovation and the birth of bright ideas. 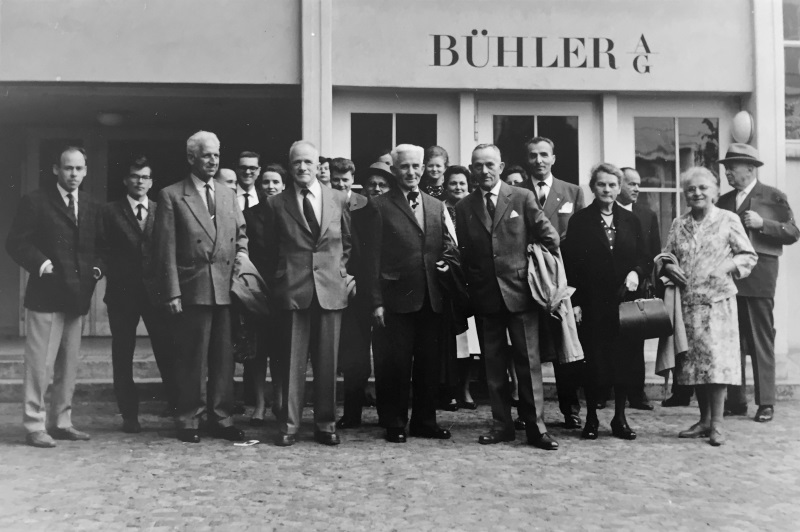 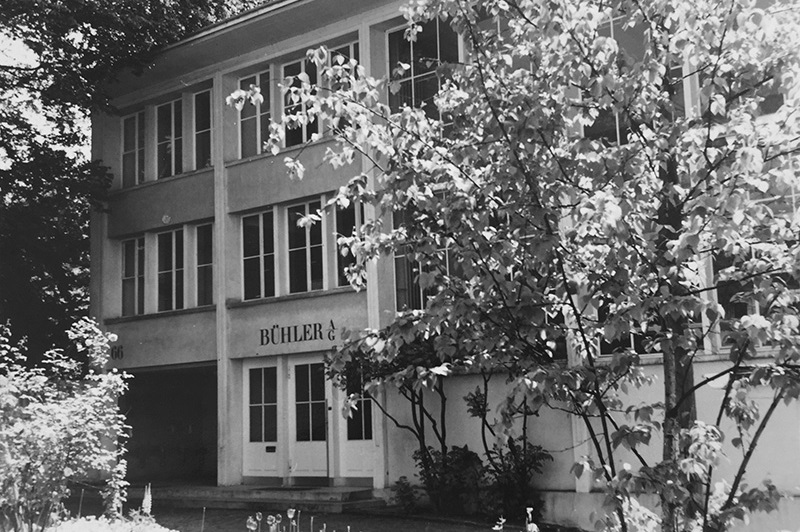 In 1980, the Bühler family sold the building to Hans Zwimpfer (1930-2017), a Swiss architect who settled in Basel and whose work had a significant influence on the cityscape. Over a 30-year span, Zwimpfer expanded his architecture office within Basel and employed over 50 people during his most successful years. As demonstrated by the Jacob Burckhardt and Peter Merian buildings, modern landmarks of the city, Zwimpfer was passionate about the value of unifying architecture and art. (Zwimpfer 2002)

At the beginning of June 2016, MDPI purchased this office building at St. Alban-Anlage 66 in Basel and moved it's headquarters there, a milestone that characterized the company's journey. As the company celebrated its 20th anniversary, corporate growth brought the headquarters of MDPI to a house that for decades, had already been serving our core business—the publishing industry. Today a central part of our identity, the architecture of St. Alban-Anlage 66 illustrates what the company stands for: integrity, stability, and modernity. 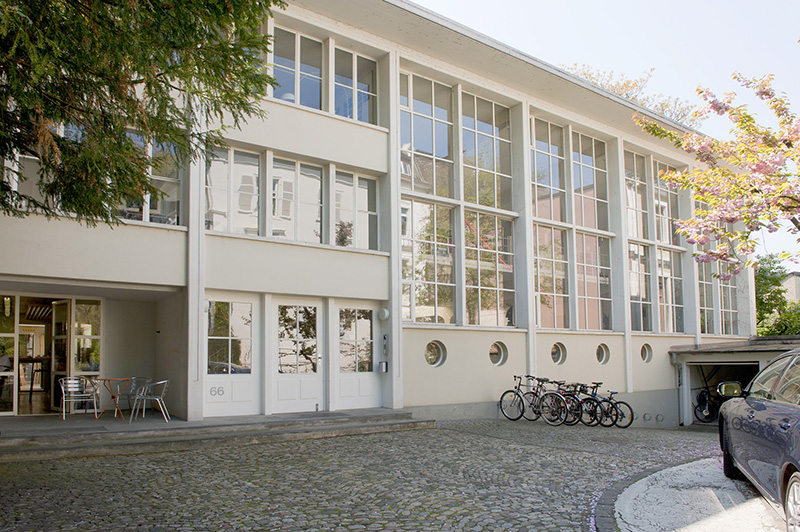 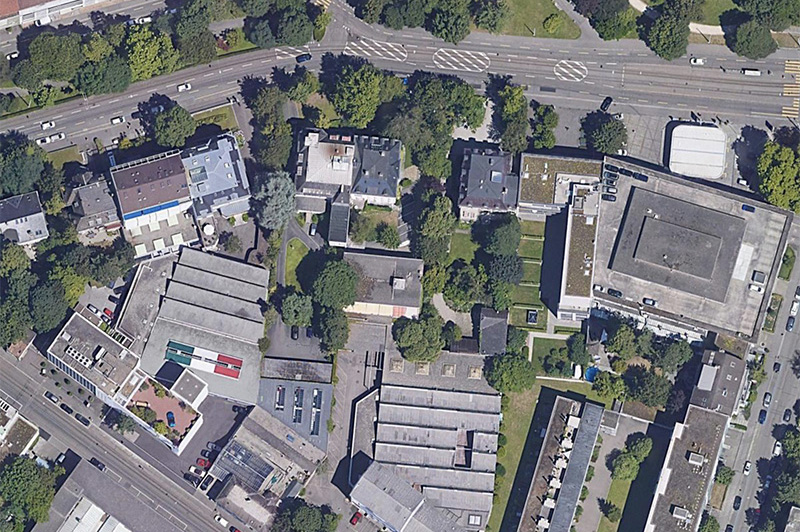 Ernst Egeler (1908–1978), a friend of the family Bühler, left his mark in the Rhine city of Basel with a remarkable number of buildings. He was a man of craftsmanship who, after completing his apprenticeship as a bricklayer, devoted himself to architecture. His knack for the symbiosis of arts and crafts is also a result of his training at the Bauhaus Dessau, where he studied under the tutelage of his mentors Hannes Mayer and Mies van der Rohe. One of the main aims of the Bauhaus was to be actively involved in shaping the modern industrial society. The construction projects Ernst Egeler realized were not intended as monuments to their creator, but as spaces dedicated to serving the needs of the people who live or work within their walls. (Remund 1979)

The building at St. Alban-Anlage 66 is divided into a manufacturing wing and an office/warehouse wing. The reinforced concrete construction permitted large window fronts, resulting in bright rooms with mainly shadowless light from the north. The light-flooded and open interior, with its large factory hall and gallery, emits a sense of powerful energy. The serial effect of the strict window grid draws the eye’s attention to the industrial character of the building and the vertical layering gives it balance and stability, while the bright colors express timeless elegance. 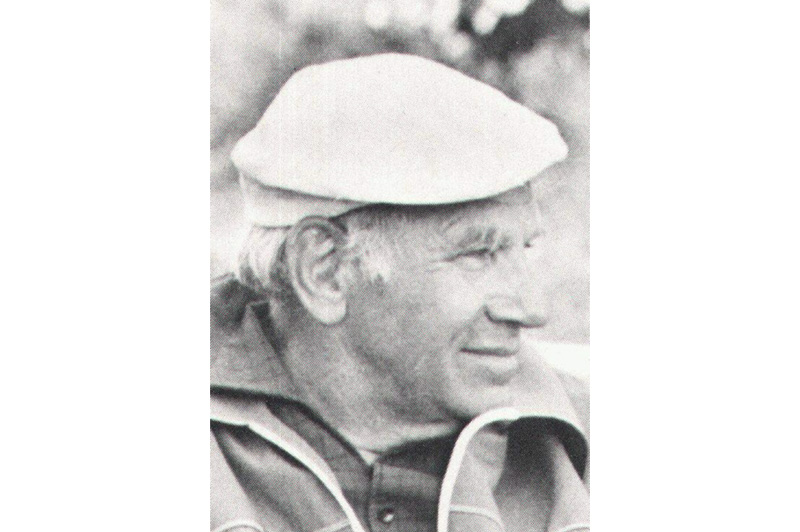 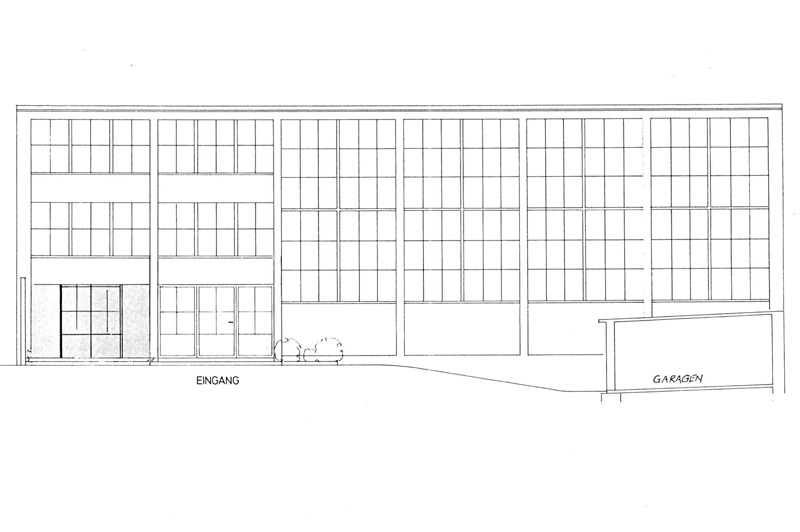 We would like to express our special thanks to J. Bühler for the exchange and for providing insight into earlier days.