The Enemy at the Gates: International Borders, Migration and Human Rights

In part due to its location on the North African coast, in conjunction with its history of being a former French protectorate, Tunisia has become an important country of emigration to the European Union. In particular, maritime arrivals have become a concern for European states, for both humanitarian and security reasons. The experiences of Tunisian irregular migrants arriving to the EU by sea, who are then detained and returned, highlights the multitude of human rights issues that arise across their journey as they interact with the various stakeholders involved—Tunisian and Libyan smugglers, EU and Tunisian authorities and NGOs, amongst others. The situation for these migrants at sea and during rescue and interception operations can most directly involve such issues as the right to life, access to food and water, access to emergency healthcare and access to information. The next stages of detention and return (either immediately or when later identified on EU territory) can most directly involve human rights issues related to the identification and referral mechanisms for groups at risk, access to information and legal remedy, the right of “non-refoulement” and prohibition of torture, inhuman and degrading treatment and punishment. By examining Tunisian migrant experiences along the entirety of their trajectory, one can see the specific human rights issues that arise at each stage for maritime arrivals—from departure to return. The article will examine these human rights concerns in the context of the Tunisian migrant journey, focusing on the four identified stages of the situation at sea, rescue or interception, detention and return. The article will present results from qualitative in-depth interviews conducted for the EU Fundamental Rights Agency in 2011 with 15 Tunisian migrants who had arrived by sea to Italy between 2005 and 2011 and were returned to Tunisia between 2008 and 2011, complemented by interviews with two Tunisian fishermen and an anonymous Tunisian non-governmental stakeholder. View Full-Text
Keywords: Tunisia; irregular migration; human rights Tunisia; irregular migration; human rights
►▼ Show Figures 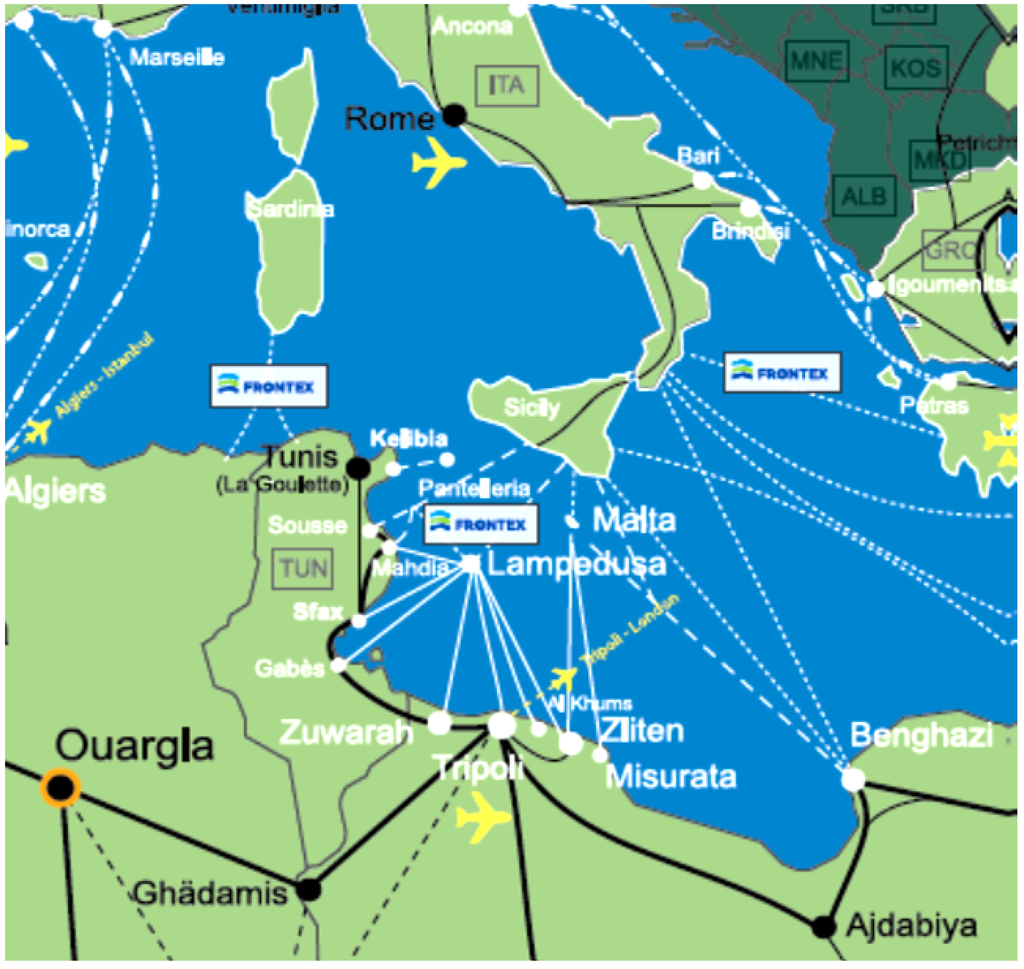