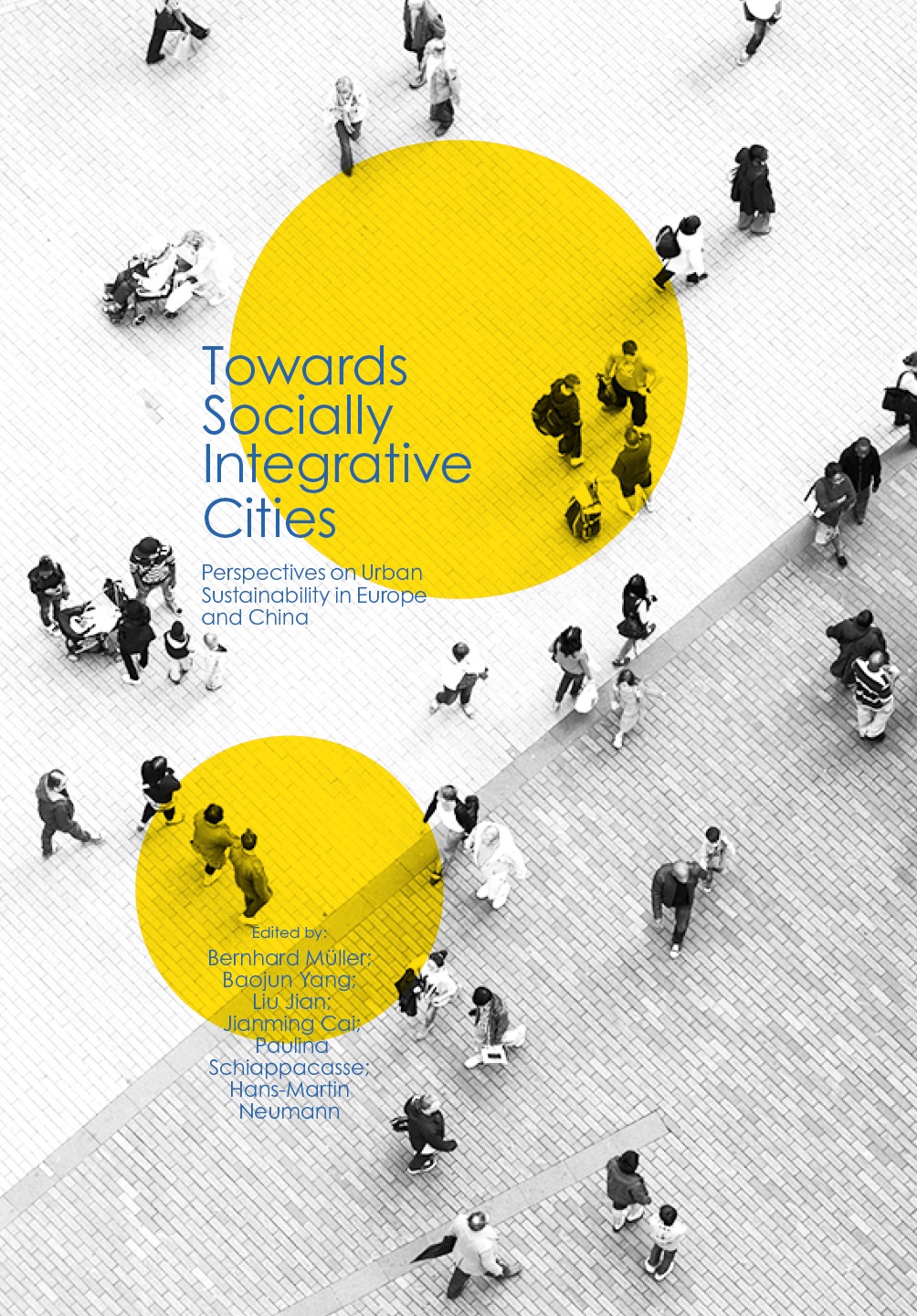 Perspectives on Urban Sustainability in Europe and China

The book Towards Socially Integrative Cities deals with the transition towards urban sustainability through socially integrative cities in Europe and China. It shares the impactful original research results of an EU-funded R&I project involving eight European and six Chinese partners (TRANS-URBAN-EU-CHINA; see www.transurbaneuchina.eu). Three each of the six editors come from European and Chinese universities and research institutions.

The first articles (No. 1–4) provide an overview and insights into the conceptual basis of the book. The socially integrative city is framed by discussions in academia and practice, and it is defined in a comprehensive way as an element of urban sustainability. Sustainability transitions in China are linked to international discussions and the challenges are articulated. Moreover, the discussions touch on the strengths and weaknesses related to managing urban growth and the rapid expansion of cities. Land development tools are discussed with regard to the opportunities they offer for creating socially integrative cities.

A second set of articles (No. 5–9) focus on socially integrative urban regeneration of cities. After an overview of policies and strategies in Europe and China, detailed aspects are discussed, such as community building through public engagement, challenges of place-making, and the role of education and life-long learning. Finally, a manuscript on heritage preservation and its impact on social integration in urban regeneration concludes this section.

A third set of articles (No. 10–13) look into issues of the transformation of cities and sustainability transitions. Transformation is understood as a complex set of interactions. The development of tools, such as community platforms for information and dialogue transfer, are discussed as an instrument to facilitate transition processes. The transformative capacity of cities in Europe and China is discussed in an article that looks into possibilities to narrow the gaps between urban planning and development. Smart and eco-cities in Europe and China are taken as an empirical base. Advanced methods, such as the Social Cost–Benefit Analysis, may support social integration. Finally, an example of how the use of multiple data sources can speed up the digital transition in cities and provide decision support for social integration is presented.

The final set of articles (No. 14 and 15) deal with questions of replicability of experiences and the role of concrete urban experiments in so-called Urban Living Laboratories. Methods to explore the replication potential of urban solutions for socially integrative cities are discussed. Finally, the potential of urban living laboratories for nurturing open urban innovation in Chinese cities is scrutinized. Several examples are discussed, and conclusions regarding the enhancement of social integration in cities are drawn.

Looking into socially integrative cities through educating city. The example of educational museums in Europe and China

The role of heritage in building socially integrative city: a comparative approach

Embracing complexity for effective transition into digital and sustainable cities