Mechanical Energy before Chemical Energy at the Origins of Life? (Version 3) 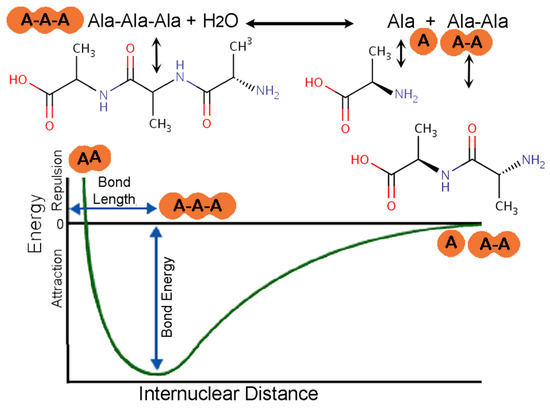 The author has a convincingly put forward the importance of mechanical energy in very early phases of origins of life where biochemical energy currency in the form of ATP (for example) was unavailable.

Therefore, it would be more appropriate to state that such energies had a pivotal role in the origins of life rather than arguing which energy preceded the other.


Rightly or wrongly, I view entropic forces as having a mechanical nature - I read somewhere that the water molecules are 'pulled' from between the monomers. I should be more clear - I'm predicting that Both mechanical forces and entropic forces preceded chemical energies in the form of ATP or even polyphosphates.
Thank you.

The author argues for the “mica hypothesis for the origin of life” in which it is proposed that molecules of life originated from mechanical forces arising between the sheets of muscovite mica.  In particular, the author discusses the possibility of the mica sheets providing mechanical forces to help in the polymerization of certain fundamental molecules. While the possibility of synthesis of some of the fundamental molecules of life from more simpler and common molecules through the action of mechanical forces is indeed interesting (and the author provides some references to experimental work), a convincing theory for the origin of life has to provide more than just the proposal of a mechanism for the synthesis of some molecules. There now exists a large body of data on the abiotic delivery or synthesis of fundamental biological molecules through many different mechanisms; electric discharge, high temperature, particle radiations, gamma rays, UV light, chemical catalysis, meteoric or comet impact, convection cells, micro forces, etc. However, a complete and honest description of the origin of life requires a clear vision as to not only how biologically important molecules spontaneously emerged, but how they proliferated and organized themselves into complex structures and processes which we generally perceive as belonging to the domain of the living. Such a description and analysis for the mica hypothesis is lacking in the present paper.

The author makes a number of assertions that are without justification, for example, that ATP was not available at the origin of life. A number of very old experiments have shown how Adenine synthesis can be obtained rather simply under plausible prebiotic conditions using UV light acting on a dilute solution of HCN in water (Ponnamperuma and R. Mariner, 1963) and in the presence of phosphate, in water under the same light, how it can lead to the production of adenosine from adenine, ribose and a phosphorus source, leading to AMP, ADP and ATP (Ponnamperuma et al.,1963).

Another unjustified assumption in the manuscript is that ““Fresh water” origins are assumed here, because low ionic-strength solutions are needed to form lipid membranes”. However, it has been shown that cross-linking (under UV light or by aging) of the hydrocarbon chains can provide the stability required for lipid membranes under a wide variety of salt and pH conditions (Fan et al., 2015).

There are also a number of poorly written and not easy to understand statements like,

“Mica sheets might shelter emerging life without the need for membranes.“ Why does emerging life need to be “sheltered”, from what?  The whole paragraph beginning with this sentence needs to be reworked and more carful meaning given to the theme of the sentence. The reader is left wondering how could mica sheets possibly be better than lipid membranes, for example, with respect to diffusion of the necessary reactants and waste products. Another example of an ill prepared sentence is “…shared periodicity makes mica a possible template for polymerizing nucleotides or sugars”. Why do sugars need to be polymerized? Does the author mean polymerizing hydrocarbons to produce sugars?

I believe that with a little more dedication, care in writing, and care in making the case for the mica hypothesis, the author could produce a much more interesting and convincing paper on this subject.


The person is Bruce Damer, not David Deamer. The manuscript is correct. Thank you to Karo Michaelian for the detailed review of this paper. I appreciate receiving the info about the 1963 publications by Ponnamperuma et al. [including Carl Sagan on 1 pub!]. I look forward to reading the pubs and the citations of those pubs, which will have newer info regarding the presence of ATP before the origins of life. Thank you for the 2015 Fan reference about UV crosslinking of membrane lipids. I have worked with UV-crosslinked lipids but do not consider those lipids to be important for the origins of life.

This idea is a novel concept that at least for prebiotic chemists is not always considered when talking about primitive reactions. The examples of the biochemical reactions that can be catalyzed by such forces are also very relevant, although I do believe that there can be more detailed discussion for some of the items, while additions of other relevant points and ideas should also be added, which will be discussed below in the detailed comments. I would recommend publication of this article after the comments are sufficiently addressed.

I think from the beginning, the term “force” is loosely used as describing physical or mechanical force, if I am not mistaken. Perhaps it would be a good idea to clarify from the very first word that it is indeed “mechanical force” that is being discussed, as “force” can have many other meanings that don’t related to mechanical force. One might argue that in a wet-dry cycle, hydration and rehydration are not necessarily mechanical forces, but rather chemical forces. This is because in many polymerization reactions, addition and removal of water (regardless of through mechanical/environmental effects or not) directly affects the chemical equilibrium. Perhaps did the author intend to discuss the physical movement caused by hydration and dehydration (such as turbulence moving molecules around, or concentrating/diluting molecules in the a different volume?) as the mechanical force in this section? If so, it would be nice to clarify so that there is no confusion as to what is defined as a “mechanical force” and what is defined as a “chemical force” (perhaps the author on purpose wanted to make this delineation somewhat vague to argue that at some point they may be one and the same?). At one point, the author discusses that ATP was not available at the origin of life. There are some theories that at the origin of life, polyphosphates also could have contributed as an energy source. At the end of the introduction, the author discusses that amino acids could have been present on early Earth, but not nucleotides, which had to be synthesized. Perhaps it would be good to bring up some examples of how the amino acids could have been present, while discussing a bit more in detail about the processes by which nucleotides can be synthesized so that the reader can see a clear delineation between the synthesis of these two molecules. The author then discusses the differences between activated polymerization and unactivated polymerization of primitive biomolecules. It may be worth mentioning polyesters as well, as these primitive polymers can polymerize from alpha hydroxyacid monomers and result in assembly of microdroplets and gelation simply through dehydration and rehydration. (10.3390/life9030056, 10.1073/pnas.1902336116) Are there other sources of mechanical energy that could have contributed to primitive chemistry? For example, turbulence and movement from ocean gyres or fumaroles? Thermophoresis? Freezing and thawing resulting in physical reorganization and/or formation of eutectic phases? Although these are not the focus of the paper, perhaps it would be nice to mention other potential mechanical forces to reinforce the idea that these forces are ubiquitous and relevant to consider in an early Earth scenario. During the mention of the first membraneless organelles, it may be relevant to mention liquid-liquid phase separation phenomena, such as coacervate droplets (10.1038/s41467-019-08353-4, 10.1038/s41467-018-06072-w), aqueous two-phase systems (10.1038/s41598-017-03033-z), or other membraneless microdroplets (10.3390/life4041038, 10.1073/pnas.1902336116) as potential primitive membraneless organelles and/or protocells.


1. Yes - 'mechanical force' is what I'm proposing. 2. Wet-dry cycles seem to run on 'entropic forces,' which I'm considering to be a type of mechanical force, given that water molecules are 'pulled' from between the monomers. I should be more specific in specifying 'entropic forces' repeatedly in my statements about forces at life's origins. 3. "Chemical forces" The way atoms and ions are bound creates many of the properties of solid matter, including electrical, mechanical, and optical properties in particular. These chemical forces include ionic, covalent, metallic, and van der Waals binding, which are briefly but fundamentally described in this chapter. Chemical Forces: Molecules https://link.springer.com › content › pdf 4. I'm proposing that mechanical forces preceded polyphosphates other than ATP as an energy source, but I didn't state that directly. 5. I mention ester bonds in paragraph 2 of the results and discussion. 6. This essay is not an exhaustive treatment of its subject. Thermophoresis in particular is an exciting new concept in origins research. 7. Having written a paper on membraneless organelles [ref 59], I do not specifically mention liquid-liquid phase separation, which is discussed in ref 59. Indeed Brangwynne's work was the source of my ideas that led to ref 59. 8. Thank you for the many useful references.
Zoom | Orient | As Lines | As Sticks | As Cartoon | As Surface | Previous Scene | Next Scene
We use cookies on our website to ensure you get the best experience. Read more about our cookies here.
Accept
We have just recently launched a new version of our website. Help us to further improve by taking part in this short 5 minute survey here. here.
Never show this again