Lasers for Satellite Uplinks and Downlinks
Previous Article in Journal 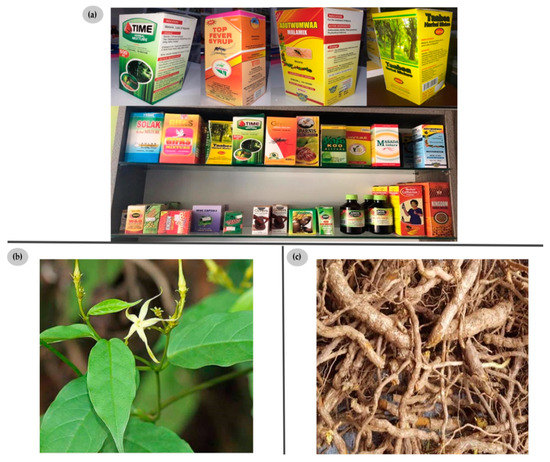 The manuscript "Antimalarial Drugs in Ghana: A Case Study on Personal Preferences" by Yeboah, P., et al. presents an excellent analysis of the predilection of local community groups in a malaria hyper-endemic country, namely Ghana, to use herbal remedies, ostensibly for treatment of malaria. The types of remedies used are described; these include various herbal medications produced locally and presented in seductively labelled packaging and a more detailed description of the processing of the fresh roots of Cryptolepis sanguinolenta to provide a liquid that is administered to the patient. The objective of the study was to establish the basis of the preference of local populations to seek treatment with these local remedies rather than using "Western" or orthodox medication, for example artemisinin combination therapies currently recommended for treatment of malaria by the WHO. The hypothesis underpinning the work was that as the orthodox antimalarial drugs are either too expensive or not readily available, reliance is placed on herbal remedies obtained from non-conventional, and presumably more accessible vendors. The authors then go on to analyze the answers to the various questions posed in the questionnaire, and then draw the conclusions that there is a significant preference for use of local herbal remedies over WHO-prescribed antimalarial drugs, and that such a preference indeed is not attributable to accessibility or financial, educational or age related issues. As the authors note, there appears to be an intrinsic trust in local products, even though several of these appear to trigger occasionally severe adverse events. Overall, the data has been competently analyzed and interpreted. The MS is most readable, and provides a constructive insight into local practice in relation to treatment of a terrible disease.

However, some comments are made. The questionnaire itself seeks to define if a subject is self-aware of the cause of fever and that indeed he/she is suffering from malaria - how does he/she really know this? The question is also posed as to 'first point of care' – in other words, it can only be established definitively if the subject has malaria upon visiting a hospital or properly configured field station and being submitted to diagnosis, by having a blood smear for parasitaemia. If the test is positive, then he/she should be admitted immediately to the hospital and then submitted to clinical treatment with a properly administered dose regimen of the orthodox drug for the appropriate time, or until such time diagnosis indicates clearance of parasitaemia. One does not know if it is possible for a subject, who has received a positive diagnosis for malaria at the hospital or field station, to suddenly wander off to select this or that local remedy in search for a cure 'at home'. If the latter is the case, then such practice should indeed be discouraged. Further, if a subject presents at a pharmacist or 'licensed chemist's shop', and requests a presumptive treatment for malaria, then that pharmacist/chemist ideally should decline to sell the medication and advise proper diagnosis and follow up at a hospital. Overall, selling over the counter medication involving orthodox drugs for presumptive treatment of malaria should be strongly discouraged (although the practice is widespread) – we are all aware of the problems of resistance arising through improper administration of malaria drugs. Also, in a relatively impoverished or isolated rural village setting, access to a proper clinical setting for treatment of malaria will be difficult, and the subject may have little choice but to resort to herbal remedies. However the results of the questionnaire do indicate that restricted access to orthodox medication appears not to be a factor. In this context also, one wonders how many of the respondents to the questionnaire may have used both the orthodox medication and the herbal remedy on different occasions (cf. Fig. 3), and subsequently opted for the herbal remedy; if there is a significant number in relation to the total number of respondents, it would be nice to know the reasons for this. With regard to the traditional herbal remedy aspect, it may also be appropriate to record in the text of the MS that Cryptolepis sanguinolenta has indeed been closely examined; it is a source of discrete natural products such as cryptolepine and other alkaloids that have potent activity against P. falciparum in vitro; especially, however, the crude aqueous extracts themselves are notably active in vitro against chloroquine-resistant falciparum malaria – see ref. 6 – and a specific case may be made for examining this in the context of the authors' conclusions.


We thank reviewer for his encouraging remarks and valuable comments. The manuscript has now been revised considerably to address the relevant suggestions. As suggested, we have incorporated additional information about the in vitro therapeutic benefits of Cryptolepis sanguinolenta in the manuscript as part of the Introduction. We agree with the reviewer regarding his concern about self-diagnosing. Still, Ghana is, and has been for ages, a hyper-endemic zone for malaria rendering a sort of awareness among the population which should not be neglected. The situation regarding malaria therefore differs in such countries. The Ghana Health Service (GHS) guidelines permit an antimalarial to be dispensed after a positive Rapid Diagnostic Test which is available in pharmacies and may, to some extent, be compared to a pregnancy kit. Interestingly, the guidelines of the GHS also state that an uncomplicated case of malaria can be treated outside a hospital setting to control the pressure on the medical system in the country. In both cases, the first point of diagnosis and care may be a pharmacy. We have mentioned this specific situation and these guidelines in the Introduction and discuss the limitations of self-diagnosing and obtaining medications without consulting a medical practitioner to the Discussion. This reviewer also mentions the possibility of respondents trying herbal and orthodox medications on different occasions and with a choice between them. The element of repeated infections has been considered and the questionnaire has focussed explicitly on the most recent infection and external factors influencing the choice of remedy. We agree with the reviewer on the importance of experience of respondents which have suffered multiple infections of malaria, and therefore the need of acquiring more data as part of wider and more comprehensive follow-on studies.

This is an interesting report documenting the antimalarial choices made by a cross section of Ghanians. The authors conducted over a thousand questionnaires related to drug choices and the root cause of the choices being made. Although the responses to all the questions on the survey are not discussed in this report – a significant number are and they are interesting and have important implications for potentially altering antimalarial choices to more effective products.

The paper is well written, and the data analysis done appropriately. The percentages in the text are often incorrect – and the referencing to Figures and Tables also incorrect. Hopefully this is just a minor issue and does not reflect a more widespread lack of attention to detail. The findings will be of general interest to a readership beyond the malarial field as they have implications for health seeking behavior in other areas.


We thank the reviewers for his encouraging remarks and valuable comments. The manuscript has now been revised considerably to address the relevant suggestions. We have introduced a more adequate terminology regarding the different classes of medicine, distinguishing the two families of drugs consistently, i.e. either as herbal or as orthodox/ synthesized medicines. The statistics section has been expanded and the relevant mathematic information has been added. Incorrect numbering has been corrected. We have changed the numbers in the text according to the figures and tables and removed the percentage values in question. The category of “friend’s recommendation” has been added, since several subjects obtained antimalarial remedies directly from friends or relatives. These persons are now also considered as a source or access point for these medicines. We agree with the reviewer about the potentially negative associations with terms such as “probands” and have changed our terminology to “respondents”. Spelling mistakes, abbreviations and referencing to relevant figures and tables have been corrected as suggested, including the Gallicism “faible” which is certainly not a feeble “fable”, as this example refers to truly fabulous cars.
Zoom | Orient | As Lines | As Sticks | As Cartoon | As Surface | Previous Scene | Next Scene
We use cookies on our website to ensure you get the best experience. Read more about our cookies here.
Accept
We have just recently launched a new version of our website. Help us to further improve by taking part in this short 5 minute survey here. here.
Never show this again