Widening the working voltage of lithium-ion batteries is considered as an effective strategy to improve their energy density. However, the decomposition of conventional aprotic electrolytes at high voltage greatly impedes the success until the presence of high concentration electrolytes (HCEs) and the resultant localized HCEs (LHCEs). The unique solvated structure of HCEs/LHCEs endows the involved solvent with enhanced endurance toward high voltage while the LHCEs can simultaneously possess the decent viscosity for sufficient wettability to porous electrodes and separator. Nowadays, most LHCEs use LiFSI/LiTFSI as the salts and β-hydrofluoroethers as the counter solvents due to their good compatibility, yet the LHCE formula of cheap LiPF6 and high antioxidant α-hydrofluoroethers is seldom investigated. Here, we report a unique formula with 3 mol L−1 LiPF6 in mixed carbonate solvents and a counter solvent α-substituted fluorine compound (1,1,2,2-tetrafluoroethyl-2,2,3,3-tetrafluoropropylether). Compared to a conventional electrolyte, this formula enables dramatic improvement in the cycling performance of LiCoO2//graphite cells from approximately 150 cycles to 1000 cycles within the range of 2.9 to 4.5 V at 0.5 C. This work provides a new choice and scope to design functional LHCEs for high voltage systems.
Keywords: lithium-ion batteries; lithium cobalt oxides; lithium hexafluorophosphate; localized high concentration electrolytes; 1,1,2,2-tetrafluoroethyl-2,2,3,3-tetrafluoropropylether lithium-ion batteries; lithium cobalt oxides; lithium hexafluorophosphate; localized high concentration electrolytes; 1,1,2,2-tetrafluoroethyl-2,2,3,3-tetrafluoropropylether

Over the past 30 years, a secondary lithium battery has been developed as a vital energy storage strategy in daily life for its high energy density, environmentally friendly property and excellent cycle capability. However, the boom of electric vehicles requires battery chemistry with higher power and energy density to afford longer service time under various operating conditions [1,2]. In this regard, two main strategies have been proposed to improve the battery energy density. One is the substitution of the graphite anode owing to its low capacity (372 mAh g−1 in theory). Silicon/carbon [3,4], silicon [5,6], lithium metal [7,8] and anode free system [9,10] have been comprehensively and intensively investigated. However, these potential candidates still suffer from cracks after massive expand and dendrites. The other method is the increase of the battery operating voltage by charging layered oxides such as lithium cobalt oxide (LiCoO2, LCO), lithium nickel cobalt manganese oxides to higher cut-off voltage [11], or employing high-voltage cathode materials such as spinel lithium nickel manganese oxide [12,13], layered lithium rich oxide [14,15,16], olivine cathodes [17,18,19,20], and so on. The progress is usually hindered by the low endurance of the traditional electrolyte under such high voltage at the cathode side [21,22]. Introducing various additives to form a stable cathode electrolyte interphase (CEI) layer on the surface of cathode is a widely employed method to avoid the oxidation of commercial carbonate electrolytes [23,24,25]. However, the carbonate electrolytes still tend to be decomposed, especially in some extreme conditions, which would lead to cell failure [26]. Therefore, it is of great importance to develop novel electrolyte systems for high-voltage applications.
Ionic liquids [27] and deep eutectic electrolytes [28] have been successfully utilized for the operating voltage of above 4.5 V. Unfortunately, their ionic conductivities always lower than 1 mS cm−1 and high cost limit their application. High concentration electrolytes (HCEs) have been developed in recent years for their distinguishing solvation structure from the classical one [29]. As reported, the cell using HCEs could be operated over 5.5 V [30] and the corrosion of aluminum (Al) foil was also controlled [31]. Unfortunately, the development of HCEs is limited by their high cost, viscosity and surface energy [32]. To overcome these problems, HCEs were optimized as localized HCEs (LHCEs) with a counter solvent, usually using a polyfluorinated ether with week polarity to have a special solvation structure, in which the original solvent-salt would not be interrupted by the counter solvent [21]. Consequently, the overall salt concentration was greatly diluted whereas the advantage of HCEs was reserved [33,34,35]. The intrinsically chemical inert and low viscosity of counter solvent endows the electrolyte/cathode interface with high antioxidant ability even at high operating voltage, maintaining excellent electrochemical property during the long battery service time. Therefore, LHCEs have been widely used in various high-voltage systems, including lithium-ion and metal batteries [36,37,38].
On one side, β-hydrofluoroethers (β-HFEs) have been widely investigated as counter solvents due to their good solubility with salts and solvents. However, recent investigations manifested that the stability of β-HFEs under high voltage was still unsatisfying since the electron density on oxygen was not reduced by fluorine sufficiently [39,40,41,42]. By substituting F atoms at α position, the molecular structure would change to α-HFEs, which are supposed to have higher antioxidant ability towards high voltage [43]. On the other side, lithium bis(fluorosulfonyl)imide (LiFSI) and lithium bis(trifluoromethanesulfhonyl)imide (LiTFSI) have been mainly employed as lithium salts for HCEs and LHCEs because of their highly delocalized negative ions. Nevertheless, alternative salts should be considered to avoid expensive LiFSI and LiTFSI. In general, the formula with lithium hexafluorophosphate (LiPF6) and α-HFEs together has not been reported yet, though it has the advantage of low-price Li salt, low intrinsic viscosity of solvent and high antioxidant counter solvent. In this work, taking ethylene carbonate (EC) with high solubility of Li salt and dimethyl carbonate (DMC) as the cosolvents, and 1,1,2,2-tetrafluoroethyl-2,2,3,3-tetrafluoropropylether (one of α-HFEs, TTE) as the counter solvent, we put forward a LHCE formula of 3 M LiPF6 in EC/DMC/TTE electrolyte (EC:DMC:TTE = 1:9:8 in volume). This formula keeps the solvation structure of HCE, which has high oxidating endurance toward high operating voltage and offers the relative low viscosity with the aid of TTE. As a result, the resultant LCO//graphite full cells achieve extremely high Coulombic efficiencies and excellent capacity retention of 70% (from 160 mAh g−1 to 113 mAh g−1) after 1000 cycles within the voltage window between 2.9 and 4.5 V. In addition, this formula can also enable the cell to achieve much enhanced rate capability compared to the conventional ester electrolytes. This well-established formula provides a significant reference for the development of LHCEs and leads researchers to consider the design strategy of LHCEs. We believe that this LiPF6-based LHCE has a promising potential for application in future.

In the current study, a novel carbonate-based LHCE has been developed with the use of LiPF6 as Li salt and TTE as the counter solvent. By controlling the concentration as 3 M and a solvent ratio of EC:DMC:TTE = 1:9:8 in volume, the LHCE kept the solvent structure of HCEs well in the DMC/EC solvent, but showed a dramatically reduced viscosity. Consequently, the LCO//graphite full cells using the LHCE achieve an average coulombic efficiency as high as 99.9% and an extraordinary capacity retention of 70% after 1000 cycles at 0.5 C within 2.9 to 4.5 V. The outstanding electrochemical performance should be attributed to much enhanced interfacial stability with the assistance of TTE in LHCE, which has been well proved by electrochemical impedance spectra as well as the disassembled morphology and element measurements on both cathode and anode. This LHCE formula extends the study system, i.e., the choice of lithium salt and counter solvents to a new scope for the design of novel LHCEs for high voltage Li-based batteries.

The authors acknowledge the support from the Materials Characterization and Preparation Center (MCPC) at Southern University of Science and Technology to perform physical characterizations. 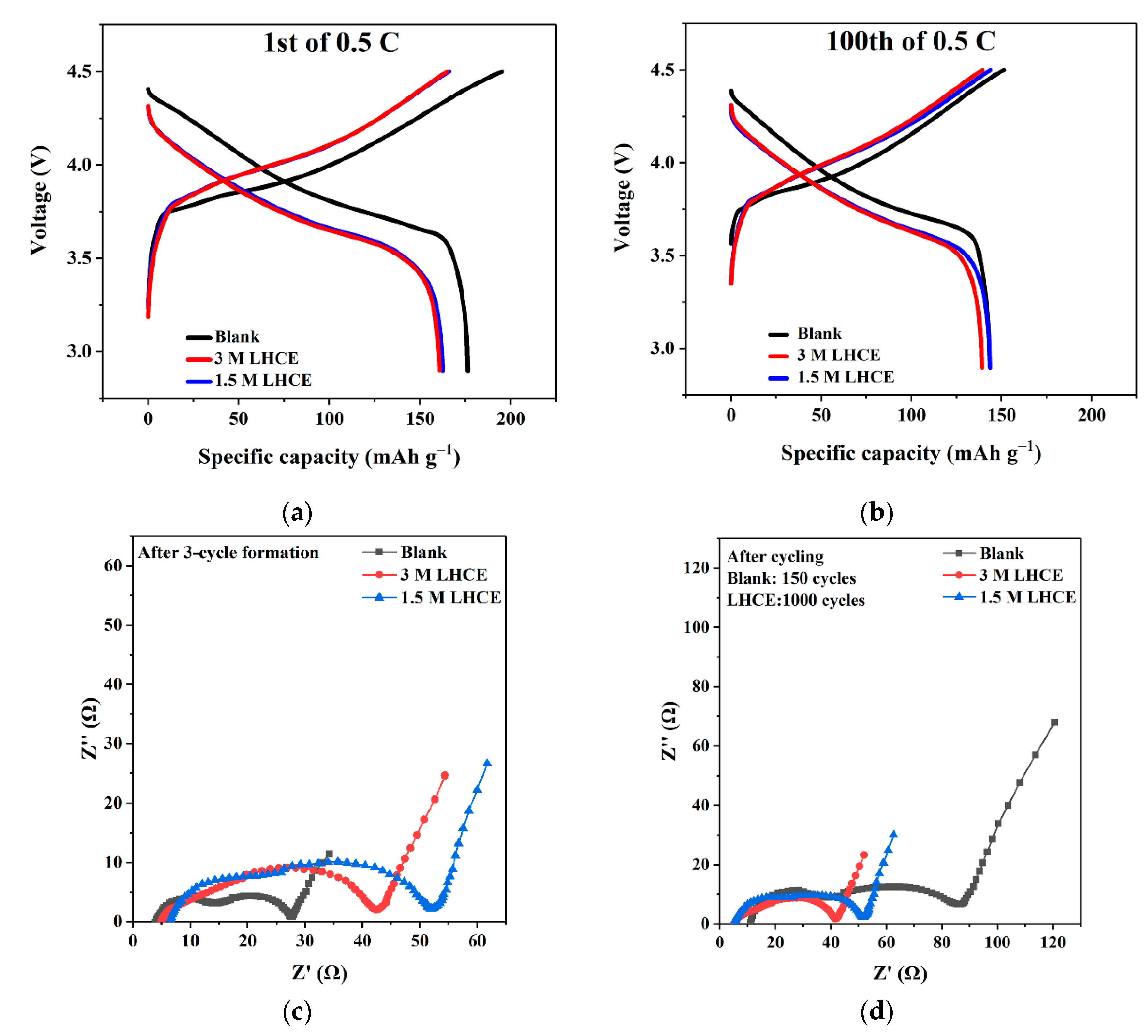 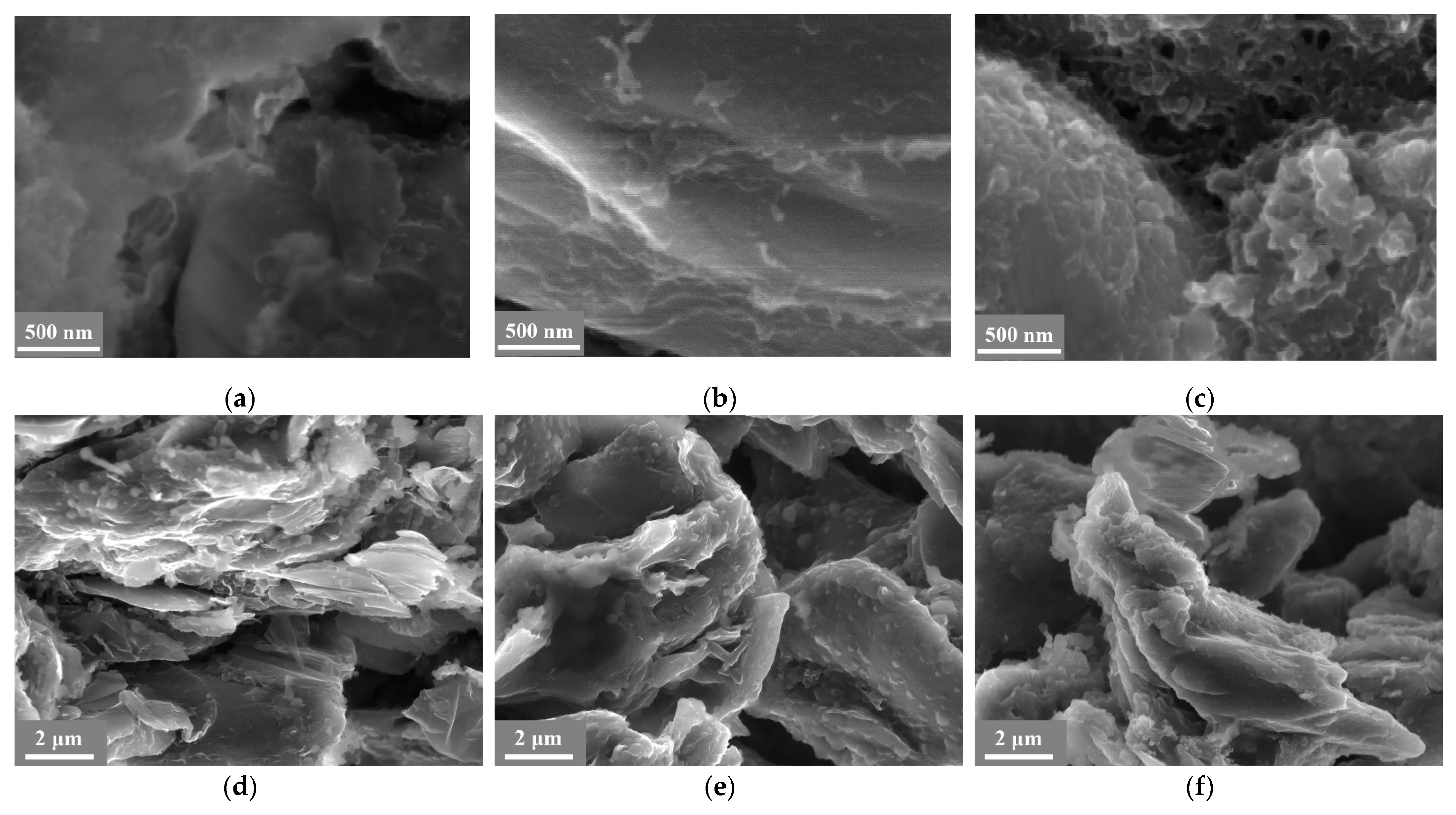 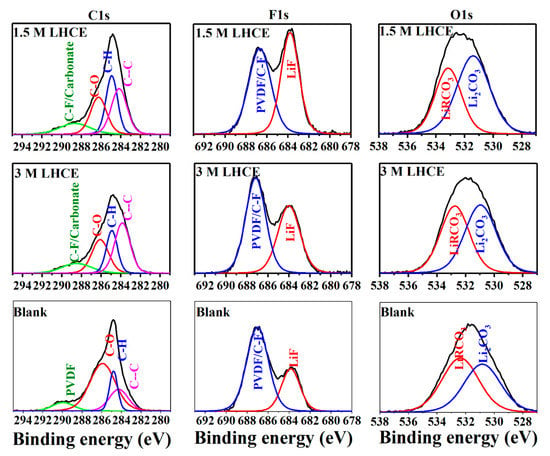 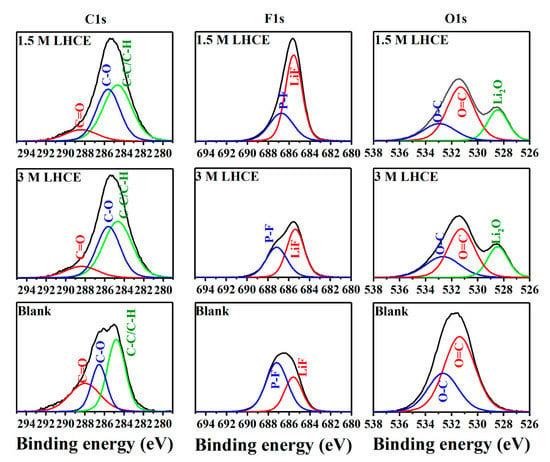