Antibacterial Activity of Ethanolic Extract of Cinnamon Bark, Honey, and Their Combination Effects against Acne-Causing Bacteria

Acne vulgaris is one of the most common skin disorders and mainly affects adolescents: around 40% of all 14–17-year old girls and 35% of all 16–19-year old boys [1]. Acne, by definition, is a multifactorial chronic inflammatory disease of pilosebaceous units that affects the skin of the face, neck, and upper trunk. Acne develops when these specialized follicles undergo pathologic alteration that results in the formation of non-inflammatory lesions (comedons) and inflammatory lesions (papules, pustules, and nodules). In general, Staphylococcus epidermidis and Propionibacterium acnes are the major skin bacteria that cause this formation of acne. Topical as well as systemic therapies are available for acne treatments. A topical therapy usually includes comedolytic agents, antibiotics, and various anti-inflammatory drugs, whereas systemic therapy covers antibiotics, zinc, and hormones for acne treatments. However, an excessive use of antibiotics over a long period can lead to the increasing resistance of acne bacteria. To overcome antibiotic resistance, essential oils and medicinal plant extracts present alternative solutions that are safer, more efficacious, and multifunctional. In topical acne treatments, medicinal plant extracts have fewer side effects than synthetic agents [2].
In some research reports, cinnamon has shown potential activity against acne bacteria. Cinnamaldehyde, a major constituent of cinnamon, shows anti-inflammatory activity. It inhibits the production of nitric oxide, which is responsible for inflammatory conditions in the human body. Moreover, cinnamon has also been shown to prevent the production of COX-2, a pro-inflammatory agent. Therefore, cinnamon has antibacterial and anti-inflammatory properties. The chemistry of cinnamon bark oil primary contains a cinnamaldehyde that is different from that found in cinnamon leaf oil (eugenol) and root-bark oil (camphor) [3].
Similar to cinnamon’s biological activity, honey works as a natural antibiotic, killing bacteria that cause acne. The anti-inflammatory properties of honey reduce the redness of acne. Its acidic property does not allow the bacteria to grow [4]. Honey releases hydrogen peroxide, which is an antibiotic that can also remove bacteria and clear acne [5]. Moreover, honey contains natural antioxidants, which can scavenge free radicals [6].
This paper investigates the antibacterial activity of an ethanolic extract of cinnamon bark, honey, and their combination against acne-causing bacteria. The antibacterial activity of cinnamon bark extract and honey were investigated against P. acnes and S. epidermidis using disc diffusion. Minimum inhibitory concentrations (MICs) and minimal bactericidal concentrations (MBCs) were attained using Clinical and Laboratory Standard Institute (CLSI) methods.

Cinnamon bark and forest honey were obtained from Indonesia. The reflux apparatus and other chemicals were of analytical grade. Test bacteria were Propionibacterium acnes and Staphylococcus epidermidis obtained from culture collections of the Microbiology Laboratory, School of Pharmacy, Bandung Institute of Technology, Bandung, Indonesia.

Firstly, cinnamon bark was washed and cut into small pieces. Cinnamon bark was dried using a drying cabinet at 40–42 °C for 3–4 days. The dried plant material was ground into powder.

As much as 300 g of cinnamon bark crude drug (the powder of cinnamon bark) was weighed and placed into a flask. Ethanol solvent with a concentration of 96% was added to the flask until the plant materials were submerged by the solvent. The extraction process took 2 h after boiling the solvent and was repeated three times. The ethanol extract was combined and evaporated using a rotary evaporator.

2.4. Characterization of Crude Drug and Extract

The agar slant was scratched using an ose needle with the microbe of interest, and kept in an incubator at 35 ± 2 °C for 24 h. On the following day, the microbe that had grown on the surface of the agar slant was slowly removed using the ose needle again and suspended in the MHB and incubated for 18–24 h at 35 ± 2 °C. The next day, the suspended microbe was diluted to attain an absorbance between 0.08 and 0.13 (0.5 McFarland). After it fulfilled the absorbance requirement, the 0.5 McFarland suspensions were diluted again with MHB, 1 mL bacterial suspension was added with 20 mL MHB, with a result of 5 × 106 colony forming units (CFU)/mL [10].

The microbe was grown on a Petri dish by mixing 1 mL of bacterial suspension homogeneously with 15–20 mL of nutrient agar (NA) for several dilutions. Then, the agar was incubated for 24 h, and the colony forming unit was calculated using Colony Counter equipment. The concentration of the initial bacterial suspension (stock) was calculated from the Petri dish containing 30–300 CFU [10].

Antibacterial screening was performed by disc diffusion. Briefly 20 mL of NA was plated in a Petri dish with 1 mL of bacterial suspension. The sterilized paper discs (6 mm in diameter) were placed on solidified agar plates and inoculated with 10 µL of cinnamon bark extract, honey, and tetracycline HCl at various concentrations. Ethanol solvent with a concentration of 96% was used to dissolve the extract, and distilled water used to dissolve honey. A blank paper disc with 10 µL of 96% ethanol solvent was used as a negative control. Activity was determined after 24 h of incubation at 37 °C. The zone of inhibition was measured using Vernier’s caliper. Each microbe was prepared in two replications, and the average of inhibition zones was taken [10].

A total of 15 mL of Muller–Hinton agar (MHA) was poured into a Petri dish and was left to solidify. The MBC of samples was determined following the MIC assay. From all wells that exhibited no apparent bacterial growth, the samples were streaked on the surface of the agar with an ose needle. After that, the Petri dish was incubated at 35 ± 2 °C for 18–24 h. The lowest concentration, which did not grow on the subculture, was recorded as the MBC.

The antibacterial activity combination of cinnamon bark extract and honey against Propionibacterium acnes and Staphylococcus epidermidis was evaluated by determining the fractional inhibitory concentration index (FICI) value using the microdilution checkerboard method [10]. Firstly, 100 µL of MHB was added to all the wells. Then, 100 µL of cinnamon bark extract with four times the MIC value was added to the first row. Thereafter, 100 µL from the first row was transferred to the second row, 100 µL from the second row was transferred to the third row, and so on until Row 7 was reached. Next, 100 µL of pure honey (100%) was added to the first column. Then, 100 µL from the first column was transferred to the second column and so on until Column 9 reached. After that, 100 µL of the bacterial suspension was added to each well. Finally, the microplate was incubated at 35 ± 2 °C for 18–24 h. The concentration of the individual compounds in the combination of cinnamon bark extract and honey, which prevented visible growth, was recorded as the MIC of the individual compounds in the respective combination. The FICI for the combination was calculated as followed: FICI = FIC of Drug A + FIC of Drug B, where FIC A is the MIC of Drug A in the combination/MIC of Drug A alone, and FIC B is the MIC of Drug B in the combination/MIC of Drug B alone. The combination is considered synergistic when the FICI is ≤0.5, indifferent/additive when the FICI is >0.5 to <2, and antagonistic when the FICI is ≥2 [11].

The authors thank the School of Pharmacy ITB-Bandung Institute of Technology for providing the facilities and reagents to conduct this research. 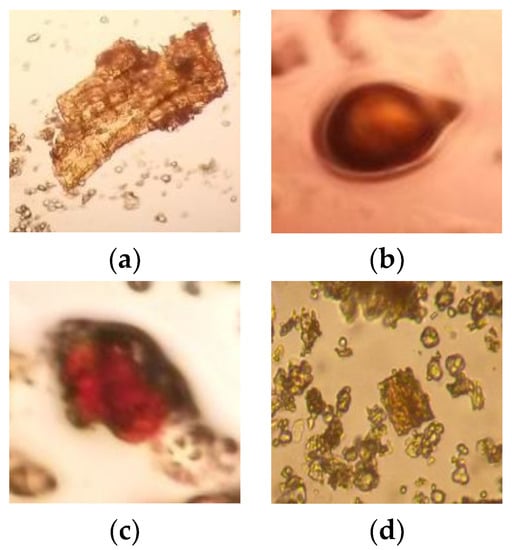 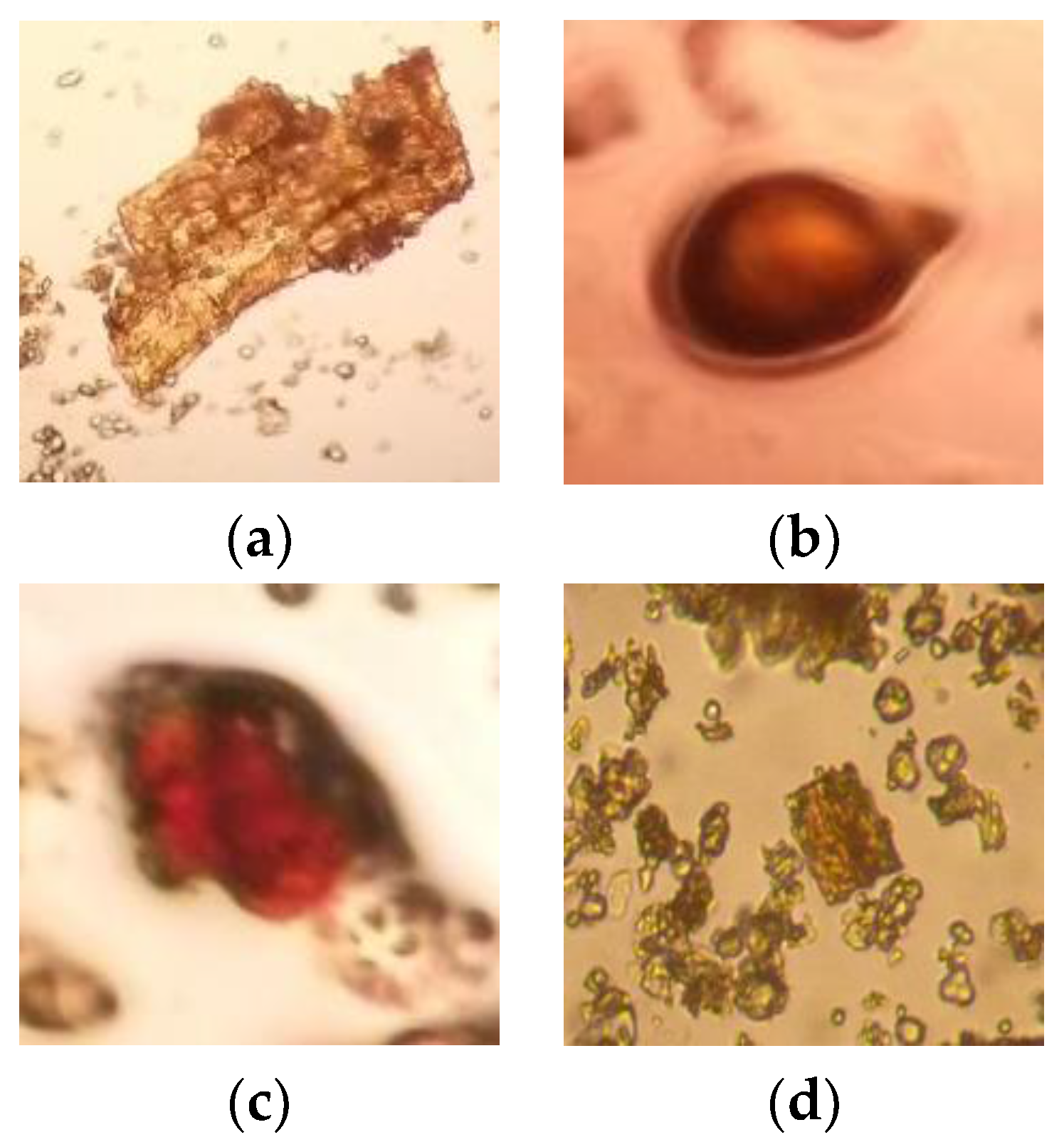