The International Activity of Ordo Iuris. The Central European Actor and the Global Christian Right
Previous Article in Journal

Stop the Spread: Gossip, COVID-19, and the Theology of Social Life

3. The Political Economy of Gossip

And yet a decidedly different understanding of the campaign comes into focus when we open the video posted on the website.11 The video opens to a series of businessmen, who speak to both their particular financial woes and the broader financial impact of the pandemic upon their communities. While visually monolithic to an outsider, the campaign is, in fact, trying to signal the “diversity” of the Haredi world (and the unity necessary to tackle the social ills of gossip). The featured men come from both different religious communities and social stations: a singer, the owner of a catering service, and the founder and CEO of an e-commerce and crowdfunding company. The video is undoubtedly normative. It only features men.12 Whether this is simply the most convenient way to appeal to the most religious audience, which censors the visibility of women, or because business is presumed to be the unique province of men, is unclear. Moreover, it only features business owners, rather than workers. While showcasing business leaders affords the campaign an air of expertise and authority, wouldn’t workers themselves be best poised to speak to the precarity of this moment? And what precisely does all of this have to do with the broader campaign?
After the first 30 s, the video cues us into the answer with a short intertitle: “where do we fit in…” Through a testimonial genre, the businessmen explain how social media platforms are spreading rumors more virally than ever before and ruining the livelihoods of other religious business owners. “You write a comment and made you a joke about this guy, you know this guy, you make a joke with like a wink, and people build stories about it”, the owner of a trade show design company observes. The video then turns to the CEO of a custom-designed closet company, who declares: “I’ve watched someone’s business, from rumors about his business, completely go down…I’ve watched lives get destroyed”. After these testimonials, the men make their pitch to the audience, to join this campaign against spreading gossip.
A seemingly more “universal” campaign to stop the virus of gossip among Haredi Jews has now oddly taken a more particular form, one focused upon the political economy of language (Irvine 1989). The businessmen describe the clear financial impact of gossip’s deleterious impact upon their communities. And in a time of increased economic uncertainty, it makes sense that this particular message would resonate. Indeed, the video offers a grounded counterpoint to the abstract, metaphysical concerns laid out in the mission statement. Collectively stopping the spread of gossip may metaphysically drive God to suspend the spread of COVID-19. Yet until divine ledger books, which tabulate individual sins and collective merits, are made open access, such acts cannot easily be witnessed (even by the faithful). Their testimonials offer grounded, relatable, and material examples of gossip’s economic impact upon their communities.
The platform itself, of course, also enables them to advertise their businesses. As the businessmen tell of their financial woes, the names of their companies are conveniently listed below their own names. One of the e-mail “reminders” I received by the campaign from the “Director of Torah Projects” also included a lengthy signature block with extensive information about his commercial real estate company. To what degree is this anti-gossip campaign simply a clever way for businessowners to capitalize upon the current crisis, to secure free advertising for their companies? Who wouldn’t want to buy into this form of ethical capitalism, in which morally-minded business owners pledge not to speak gossip and integrate this ethos into their corporate culture? Who, after being disarmed by the message of positivity in their video, would question their motives? After all, one should never speak ill of another Jew’s business. And yet what is perhaps most striking is what is left unstated: how the campaign so explicitly acknowledges how gossip, driven by individual malice, can threaten the health of their social bonds.13
At first blush, it might be tempting to simply treat this anti-gossip campaign through a functionalist lens, that is, as only an “idiom” through which people can express or make claims about the perceived or real social fractures within their communities. This form of “metaphoric thinking” is familiar (Sontag 1978). In metaphorizing illness, the virality of COVID-19 becomes likened to the virality of gossip, to register pre-existing social anxieties and moral panic around the internet and social media. These social technologies are not only “responsible for a communal crisis of faith” (Fader 2013), but also responsible for a communal crisis of solidarity and collectivism. The likening of gossip to COVID-19 would appear to traffic in the same logic of anti-Capitalist signs (Figure 5) and graffiti (Figure 6), which diagnose COVID-19 as but a symptom of the real dis-order: Capitalism.
But this campaign is animated by something other than “metaphoric thinking”. COVID-19 is decidedly not treated as unreal or less real than gossip (and its corrosive effects on society). COVID-19 is not treated as the symptom of a “real” social dis-ease plaguing Haredi communities. This campaign operates rather through a mimetic and theurgic logic. We might modify Newton’s Third Law to understand this theology of social life: for every human action there is an equal and similar divine re-action. Stopping the human spread of gossip can, in turn, end the divine spread of SARS-CoV-2.

In many respects, it is not particularly surprising that gossip has become the idee fixe of a Haredi media campaign during COVID-19. Ethical campaigns against gossip include a rich repertoire of images, songs, and texts that can be summoned and symbolically tweaked to address the particular characteristics of this historical plague. What is more intriguing is how “Stop the Spread” so explicitly addresses perceived social fractures within Haredi communities. Whereas scholars and social critics have largely focused on COVID-19 as a disruptive force for everyday expressions of Haredi “collectivism”, the Haredi businessmen featured in this campaign anxiously and openly question the vitality of the social bonds within their respective communities.
This campaign addresses a rather circumscribed world of “insiders”. It is directed at an imagined audience of (other) Haredim, who spread gossip about one another. As the male businessowners make abundantly clear, this results in both collective, spiritual ruination of their communities and financial ruination of individual businesses.
Yet as I argue, this particular media campaign must also be situated within a broader and far more coercive effort to police gossip, to prevent “insiders” from disclosing communal secrets to “outsiders”. Campaigns to silence and expel mosrim (“turncoats”), who leak “insider” information about clandestine, illegal gatherings to police, index the very social frictions tearing at the seams of certain communities. By virtue of its virality, gossip can easily violate the socially prescribed boundaries between insiders and outsiders. Contrary to many dominant accounts, certain Haredi Jewish communities appear more anxious than ever about the fragility of their social bonds, as gossip spreads not only between insiders (“Stop the Spread”), but also leaks to outsiders (mosrim). This allows us to hopefully see the limitations of unreflexively valorizing religious collectivism as an antidote to the social isolation and anomie experienced under neoliberalism.

I would like to thank Webb Keane, Amelia Frank-Vitale, Joshua Garoon, Geoffrey Hughes, Magdalena Zegarra, Yuval Katz, and Elizabeth Harlow for their incisive feedback on earlier drafts of this article. I would also like to thank Roberta Ricucci and Solange Lefebvre for their support and the three anonymous peer-reviewers for their helpful recommendations. 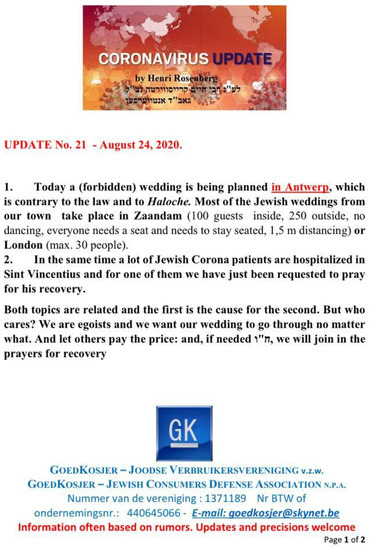 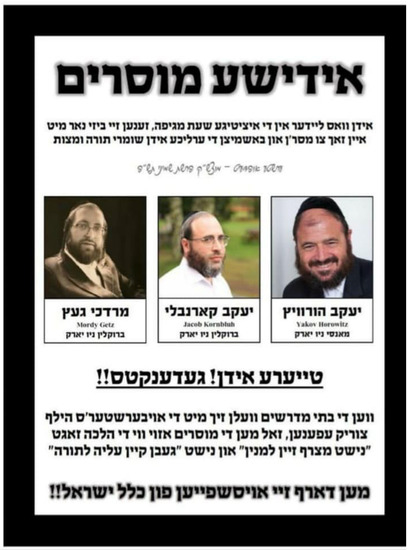 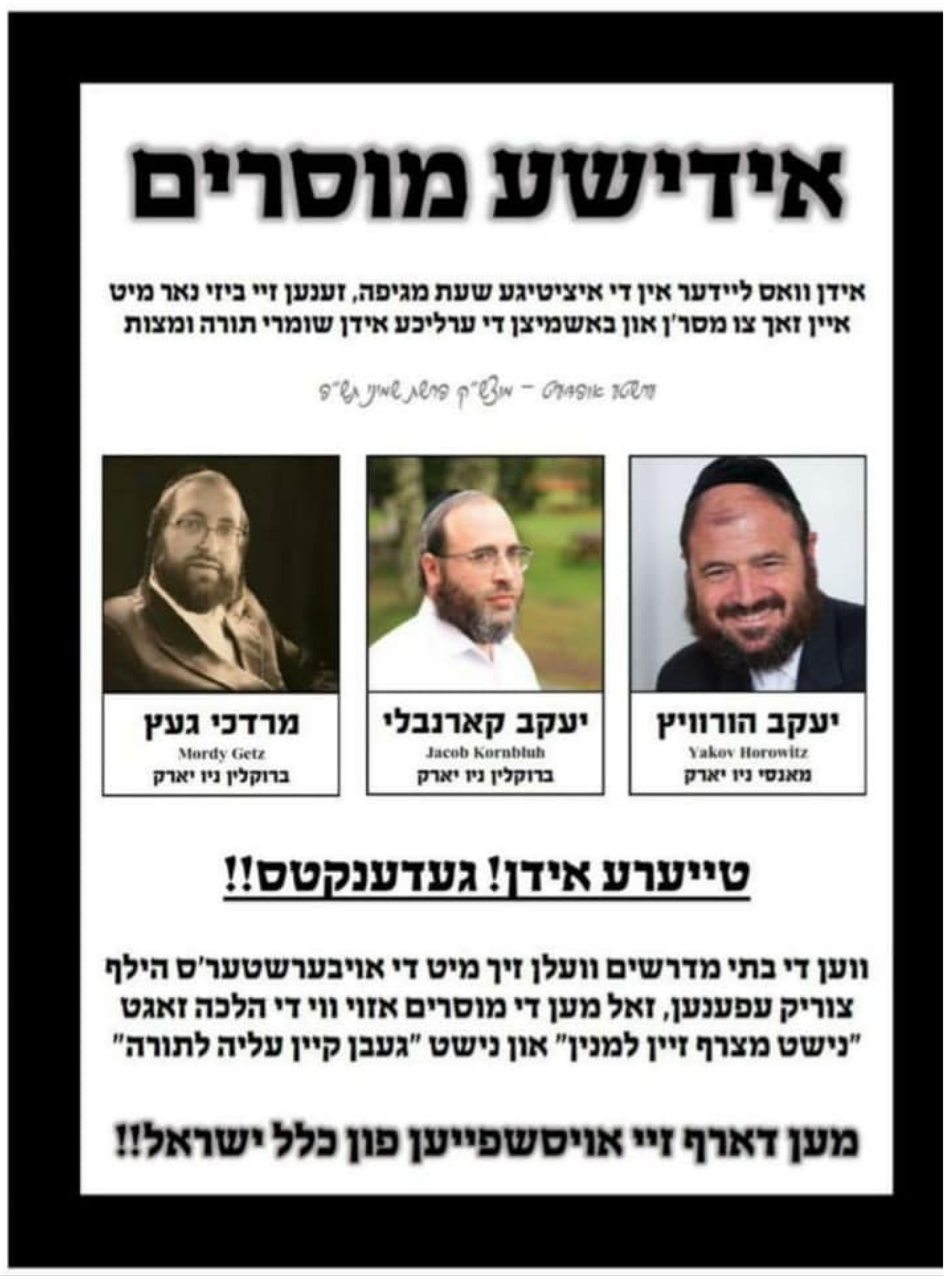 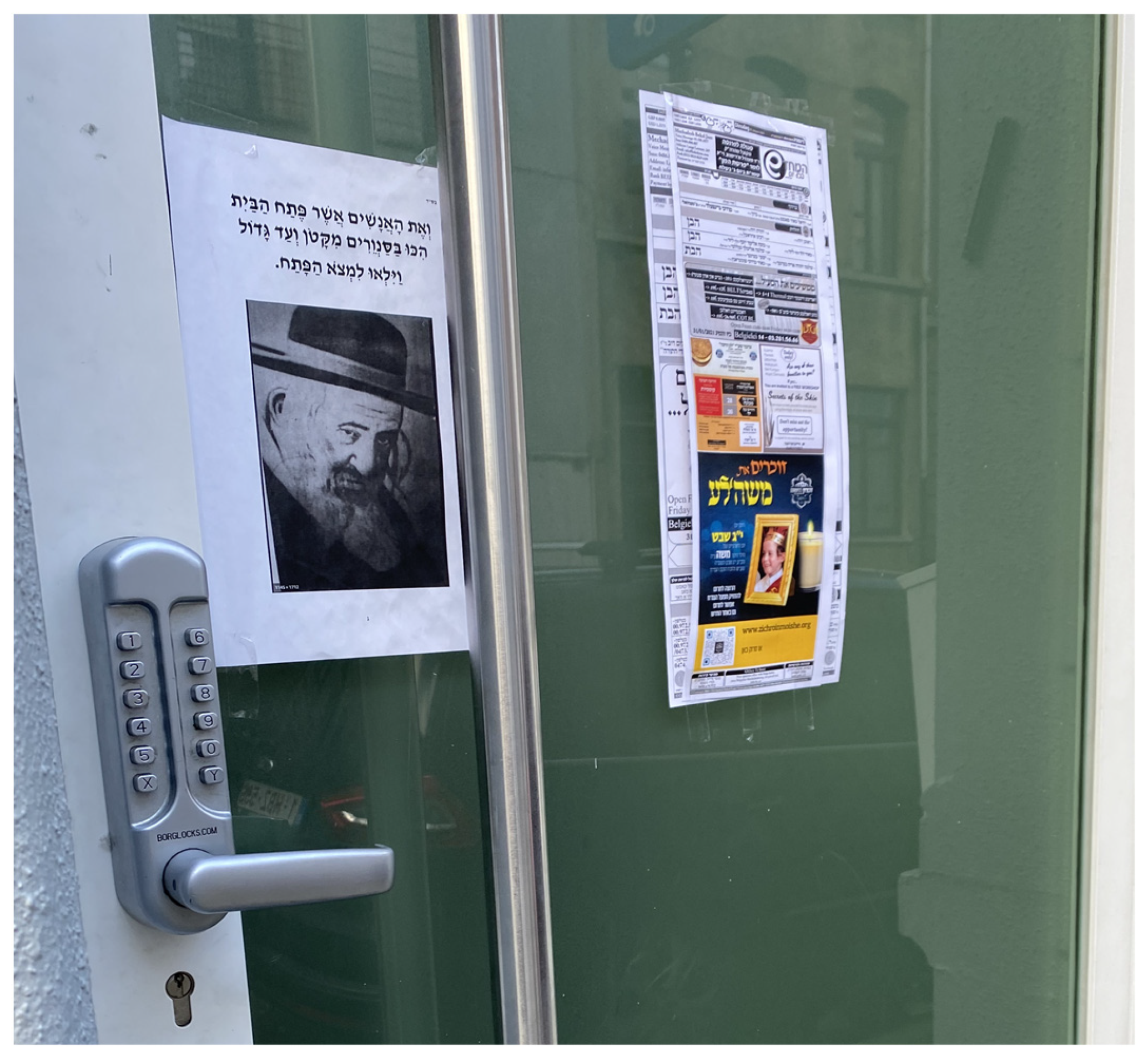 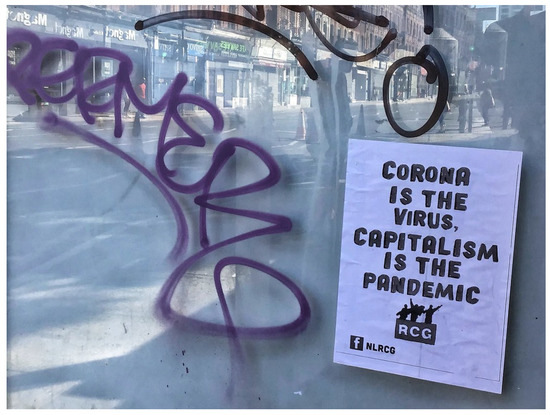 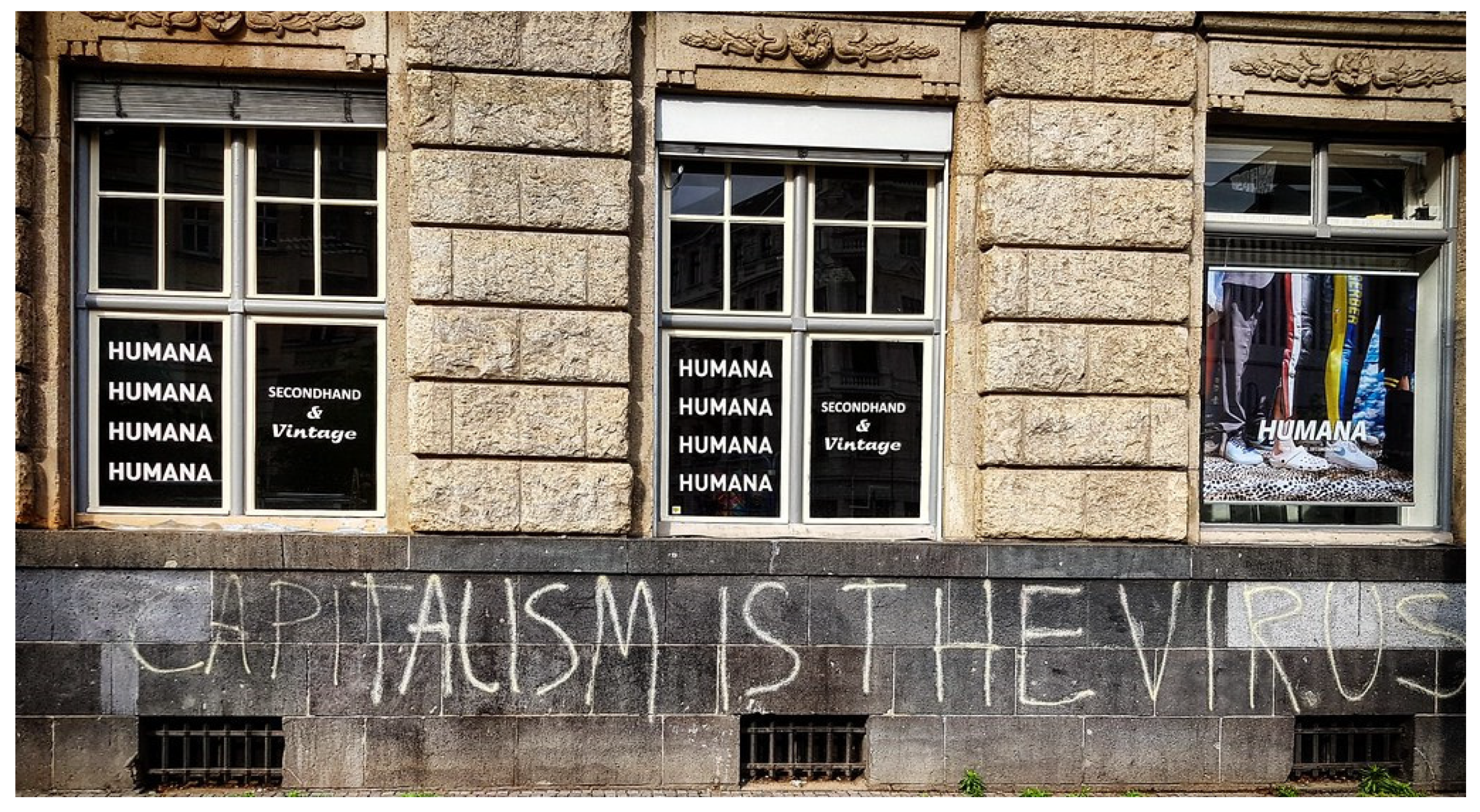