Recently, an increasing use of wireless internet technologies has been demonstrated. The devices which use these technologies emit in new spectral regions an electromagnetic radiation (EMF) which could interact with the male reproductive system. The aim of this study was to investigate in vitro the effect of electromagnetic fields at 27 GHz on sperm quality in Mytilus galloprovincialis. Sperm samples were collected from sexually mature males of M. galloprovincialis and placed in seawater. Once we evaluated the number and quality of spermatozoa, sperm cells were exposed to electromagnetic fields radiated by a pyramidal horn antenna. The effect of exposure was evaluated after 10, 20, 30, 40 and 60 min by a light microscope and using an Eosin test. Ten replications were performed for each time series, and statistical analysis was carried out by t-test. Sperm motility decreased after 10 min of exposure, and after 30 min most of the spermatozoa were immobile and not vital. This study provides useful data on the potential ecological impact of the high-band 5G on animal fertility, the effect of which is currently under investigation. View Full-Text
Keywords: mussel; vitality; motility; millimeter waves; specific absorption rate (SAR) mussel; vitality; motility; millimeter waves; specific absorption rate (SAR)
►▼ Show Figures 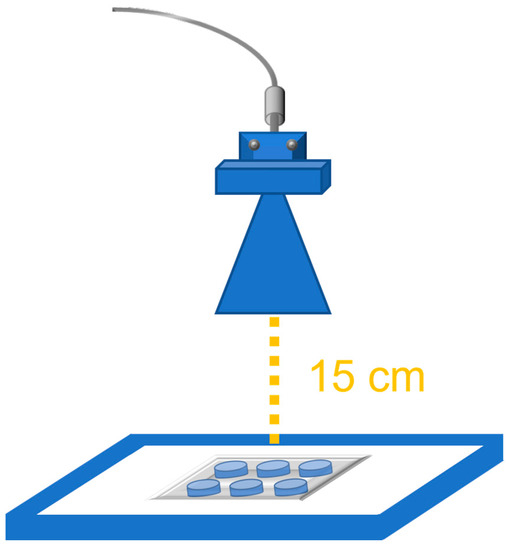