Marriage has been described as the most important and fundamental human relationship because it provides the primary structure for establishing a family and social support [1]. Research indicates that the quality of the marital relationship is associated with health outcomes [2,3]. Marital quality is defined through a subjective, global evaluation of the relationship and behaviors in the relationship [4]. A previous meta-analysis [5] concluded that higher marital quality was related to lower risk of mortality (mean effect size, r = 0.11). Marital satisfaction is an important factor of marital quality; other factors include cohesion, affection, and conflict. Several studies found that marital satisfaction is associated with lower risk of early mortality among populations with disease-related issues (e.g., congestive heart failure [6] and coronary artery bypass grafting [7]). However, we cannot draw conclusions from these studies regarding whether marital satisfaction can predict long-term health outcomes, such as mortality, among samples that are not health-compromised.
A recent study on a large population of American adults (18–90) found that marital dissatisfaction was significantly and negatively associated with all-cause mortality [8]. While the results of this study were adjusted for demographic variables, they did not consider health risk factors (blood pressure, cholesterol, diabetes), and lifestyle factors (physical activity, cigarette smoking) that may confound the risk for all-cause mortality. Given the scarcity of the literature on this subject, our purpose was to gain a better understanding of the relationships between marital satisfaction and long-term mortality.
The specific aims of the current analysis were to (1) assess the relationship between marital satisfaction in men and rates of all-cause mortality over four decades and (2) assess whether this association is mediated through known risk factors for stroke and all-cause mortality.

This was a follow-up study based on the Israeli Ischemic Heart Disease (IIHD) prospective cohort. The IIHD was a longitudinal investigation of risk factors for disease in Israeli subjects. This cohort included a wide range of occupations and socioeconomic levels that were present in the male working population of Israel at the time of inclusion. At the time of recruitment, subjects underwent an extensive appraisal of health and behavioral patterns, including a structured psychosocial questionnaire, and were then followed over a long period to record mortality.

A sample of 8945 male civil servants and municipal employees participated in the IIHD Project in 1965. Participants were chosen by stratified sampling based on an age of 40 years and above at time of inclusion and with place of work confined to the three largest urban areas in Israel (Tel-Aviv, Jerusalem, and Haifa). The sample was designed to include members of six geographical regions (central Europe, eastern Europe, the Balkans, the Mideast, northern Africa, and Israel) in a combination approximately proportional to the general Israeli male population of a similar age at that time.

Participants underwent clinical and blood biochemical evaluations as previously described [9,10]. Blood pressure was measured in the right arm, with the subject in the recumbent position, 30–45 min after arrival at the clinic, and again, 15–30 min later. Cigarette smoking was recorded as six separate categories, including never smoking, smoking cigar or pipe, quitters, and three different categories according to the amount smoked. Subjects were also classified as ever-smoked or not. The participants were questioned about their diet in an effort to obtain information about their usual total food intake, with special emphasis on the type of, and amount of, fat. The quantity (usual portion) was ascertained, as was the frequency with which different foods were eaten in a day, week, or month. Food models in three sizes were on display to help the subjects estimate the size of their usual portion. Details of the dietary survey have been reported elsewhere [11].
Diabetes mellitus was diagnosed on the basis of anti-diabetic oral therapy or insulin use at baseline in addition to casual blood glucose levels. A two-hour glucose tolerance test was then carried out to determine the participant’s diabetic status. Socioeconomic status (SES) was assessed by categorizing education and occupation data into five strata, with the lowest stratum including laborers with an up-to elementary school education, and the highest stratum including men with at least some university or equivalent education, engaged in professional or teaching work.

The underlying cause of death was documented as a case-by-case determination by a review panel through the mid-1970s and by using the International Classification of Diseases (ICD) codes thereafter. Deaths from stroke were based on ICD-9 codes 431–438, and those from Coronary Heart Disease (CHD) by codes 410, 411, 414, and 798. For the earlier (pre-1971) deaths, a comparison of death certificates with the analyses of hospital records by the panel yielded a 90% agreement. Information on mortality from 1970 until the end of the 32-year follow-up was derived from the Israeli Mortality Registry.

Subjects completed a structured psychosocial questionnaire at baseline. This was based on previous experience and a pre-test of a more detailed questionnaire among port workers. Trained interviewers administered the questionnaire following a detailed protocol. Every subject was asked to record the degree to which they were satisfied with their marriage (marriage is perceived as 1—very successful, 2—successful, 3—not so successful, 4—unsuccessful). The advantage of this measure is that it is more sensitive to variation in dissatisfaction levels (“marriage is not so successful” vs. marriage is unsuccessful”) compared to validated single-item marital satisfaction measures used previously in large national surveys [12,13]. These had only 3 categories (1—“very happy”, 2—“moderately happy”, 3—“not too happy”, with my marriage) and were therefore less sensitive to degrees of dissatisfaction.
In addition, participants were asked whether they had experienced or were experiencing family difficulties. These parameters have previously been described in detail [12,13] and were scored on a Likert scale (0—no problems to 4—four or more problems). Severe and very severe family problems, which were defined a priori, were scored on the family difficulties scale (i.e., serious—3 problems, very serious—4 or more problems). The outcome was recorded as a binary outcome and the results were assessed by the multivariate model. Never married subjects (2.34%) were not asked to take part in this questionnaire and were not included in further analysis related to this questionnaire. Subjects who refused to answer (6.98%) were excluded from the analysis.
The current study is based on the IIHD study, which was a collaborative project involving the National Heart and Lung Institute, NIH, USA, the Israel Civil Service Commission, and the Hadassah Medical Organization and was conducted at the beginning of the 1960s, at a time when ethical review boards did not yet exist in Israel. However, all participants provided their oral consent to take part in the study upon their recruitment in 1963 following explanations regarding the study objectives and the long-term follow-up. In addition, the Tel Aviv University Ethical Review Board approved the linkage of the IIHD database with the Israel Population Registry. Prof. Goldbourt, an author in this publication, is legally responsible for the IIHD study database and has approved its use for the purpose of this study.

An order-directed score test for trend was used to test the departure of sample results from the null hypothesis that specific or all-cause mortality is not connected to baseline marital satisfaction assessment. Survival across baseline marital satisfaction categories was estimated by the Kaplan–Meier method with right-censoring at the time of last follow-up and compared by the log-rank test. Cox proportional hazards analysis was used to estimate relative hazards and 95 percent confidence intervals for stroke and all-cause mortality over time across marital satisfaction categories. Data in the multivariate model were adjusted for age (5-year increments), hypertension, cholesterol, diabetes mellitus, leisure-time physical activity, SES, cigarette smoking, and family problems at any time up to and including 1965. The proportional hazards assumption was tested with the Schoenfeld residuals, and no violations were detected. Statistical analysis was carried out using the Stata statistical package, version 16 (Stata, College Station, TX, USA).

In conclusion, the results of this long-term follow-up study of 8945 tenured working males demonstrate that low marital satisfaction increased the long-term risk of stroke and all-cause mortality. This association was of a similar order of magnitude to those determined for established risk factors (smoking and leisure-time physical activity) for all-cause mortality. Assessing marital satisfaction and appraising the health benefits of marital education programs for young couples should therefore be implemented as part of health promotion strategies for the general population.

The current study is based on the IIHD study, which was a collaborative project involving the National Heart and Lung Institute, NIH, USA, the Israel Civil Service Commission, and the Hadassah Medical Organization.

Patient consent was not applicable. The study was conducted at the beginning of the 1960s, at a time when ethical review boards did not yet exist in Israel. However, all participants provided their oral consent to take part in the study upon their recruitment in 1963 following explanations regarding the study objectives and the long-term follow-up. In addition, the Tel Aviv University Ethical Review Board approved the linkage of the IIHD database with the Israel Population Registry.

The data presented in this study are available on request from Prof. Goldbourt, an author in this publication, who is legally responsible for the IIHD study database and has approved its use for the purpose of this study.

Ann Evron is thanked for her excellent editing services. 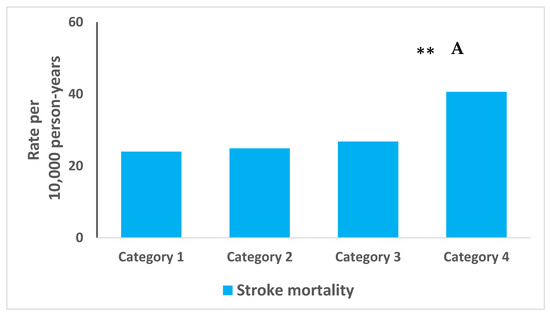 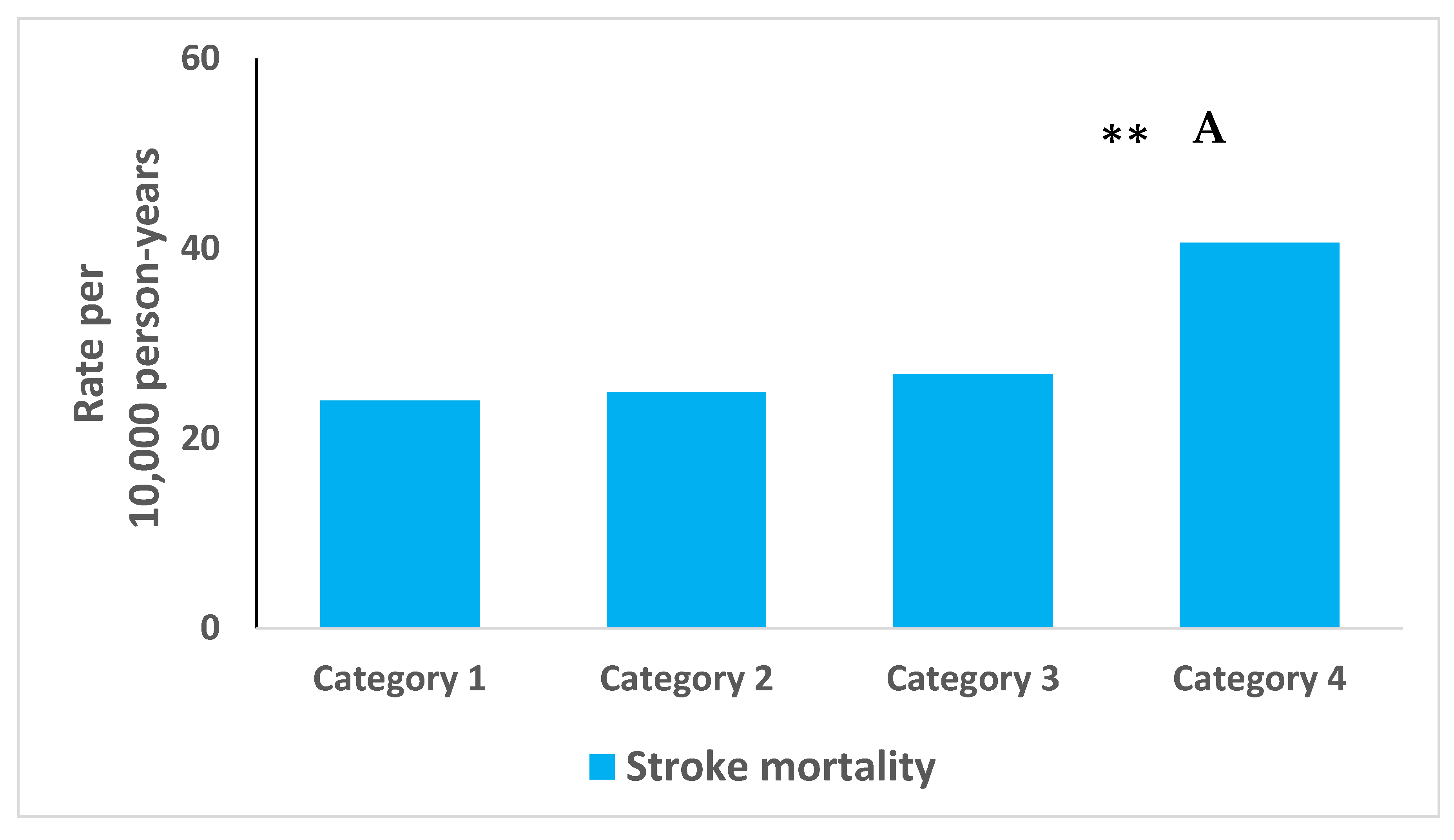 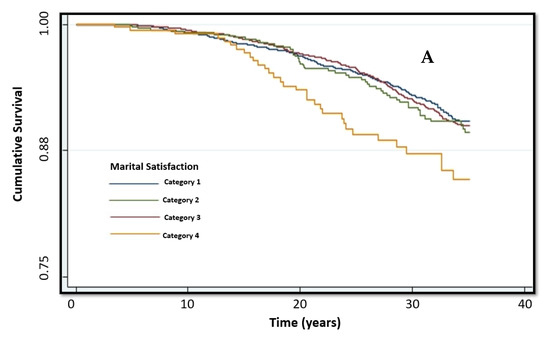 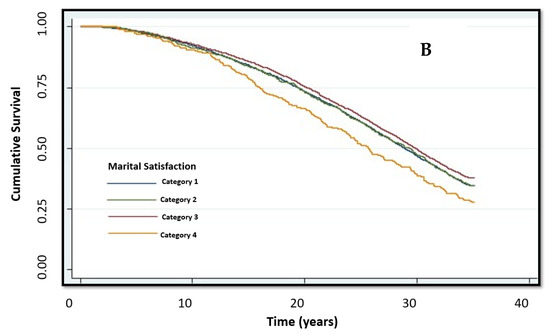 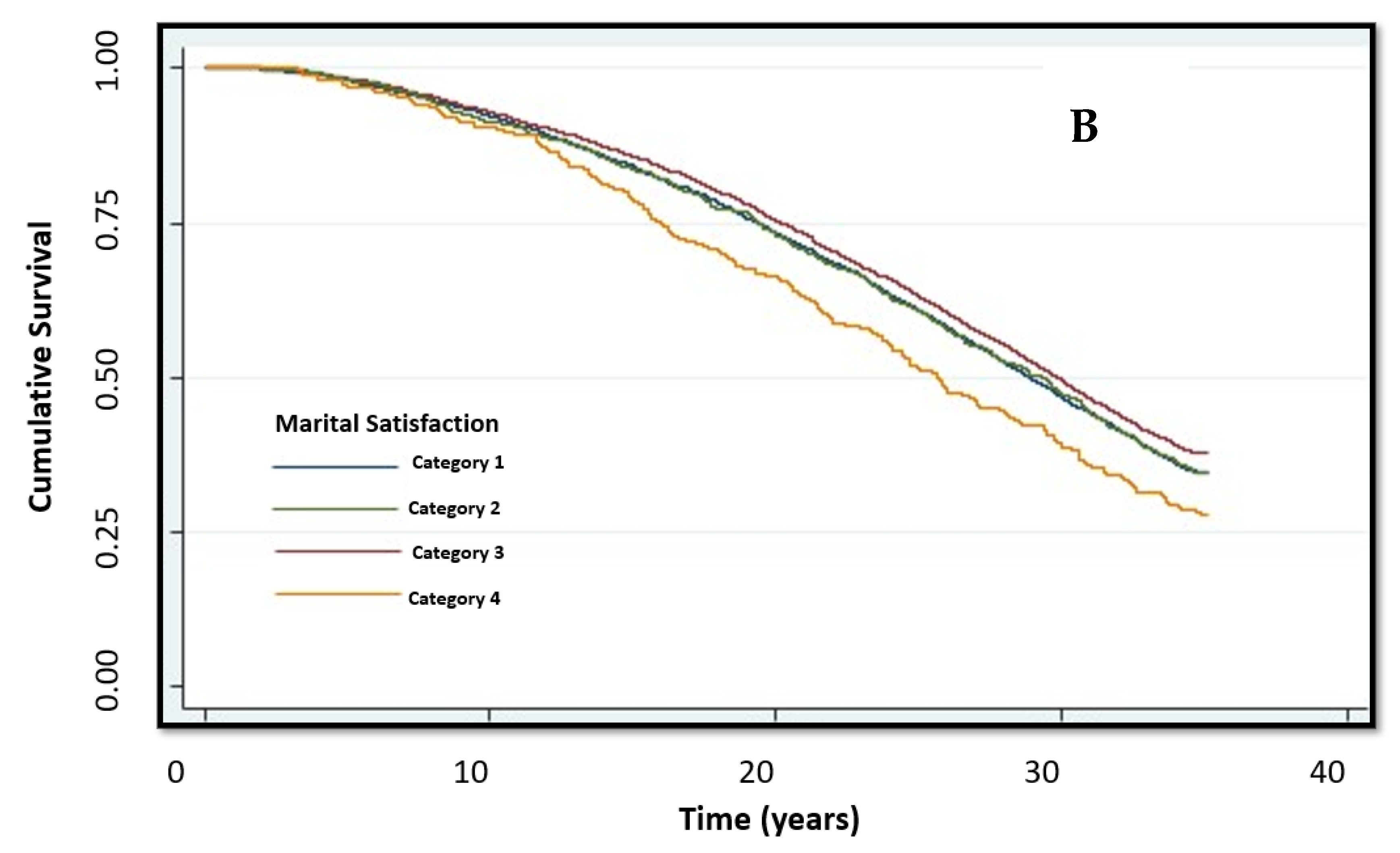 Table 2. Adjusted hazard ratio for all-cause mortality by categories of marital satisfaction (1965).
Table 2. Adjusted hazard ratio for all-cause mortality by categories of marital satisfaction (1965).
HR = hazard ratio, CI = confidence interval. Marital satisfaction categories: marriage is perceived as 1—very successful, 2—successful, 3—not so successful, 4—unsuccessful. Model 1: Adjusted for age. 5736 died, including 595 stroke victims, out of 8945 subjects. Model 2: Adjusted for age, ischemic heart disease, diabetes mellitus, systolic blood pressure, smoking, BMI, leisure-time physical activity, and SES. Model 3: Model 2 further adjusted for serious or very serious family problems.
© 2021 by the authors. Licensee MDPI, Basel, Switzerland. This article is an open access article distributed under the terms and conditions of the Creative Commons Attribution (CC BY) license (https://creativecommons.org/licenses/by/4.0/).
We use cookies on our website to ensure you get the best experience. Read more about our cookies here.
Accept
We have just recently launched a new version of our website. Help us to further improve by taking part in this short 5 minute survey here. here.
Never show this again