Under extreme drought and climate change, golden pear trees have experienced problems such as yield reduction, dryness and death. This suggests that we know very little about the mechanisms regulating pear tree growth, assuming that meteorological factors positively influence plant sap flow. Based on this, we used the heat ratio method to monitor the sap flow of pear trees from June to December 2020, and recorded the changes in various environmental factors. The results showed that: (1) Sap flow velocity has obvious radial variability in tree sections; the sap flow velocity during the day was significantly higher than that at night (p < 0.05) and was higher in the growing season than in the non-growing season. (2) All environmental factors, except relative humidity and precipitation, were positively correlated with sap flow, vapor pressure deficit and photosynthetically active radiation, which are the key factors affecting daytime flow, and vapor pressure deficit and plant water potential are the key factors affecting nighttime flow. The linear regression results also showed that the daytime sap flow had a significant positive effect on the nighttime sap flow (p < 0.05). (3) The contribution of night flow to total daily flow varied from 17.3% to 50.7%, and most of the non-growing season values were above 40%. The results show that nighttime sap flow accounts for a significant portion of the pear tree’s water budget. Continuous irrigation during fruit enlargement and non-growing seasons will increase fruit yield and maintain plant sap flow activity to avoid death due to drought. View Full-Text
Keywords: sap flow; drought stress; environmental factors; principal component analysis sap flow; drought stress; environmental factors; principal component analysis
►▼ Show Figures 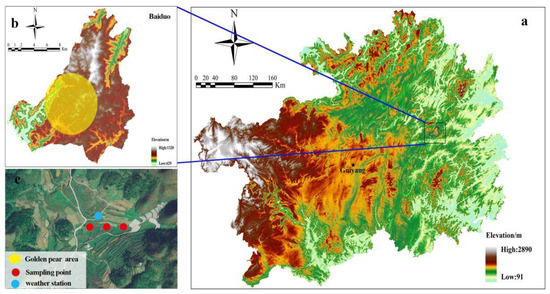