The ecological response of benthic foraminifera to bioavailable Potentially Toxic Elements (PTEs) was evaluated in Lagos Lagoon (Nigeria). We sampled and analyzed PTEs across Lagos Lagoon with the aim to investigate the extent of contaminated sediments, to document their distribution, and to explore the relationship between PTE concentration and the spatial distribution, composition, abundance, and species richness of benthic foraminifera biotas. PTE’s recordings showed a wide range reflecting a diffuse contamination, where Contamination and Enrichment Factor suggest low to extremely polluted sediments. Findings of a previous survey of the benthic foraminifera inhabiting Lagos Lagoon revealed diverse assemblages of benthic taxa, species-specific distribution patterns, gradients of species richness and abundance, and a disjunct distribution of agglutinated and hyaline-perforate/porcelaneous taxa along a pronounced salinity gradient. Correlation matrix analysis shows that except for Selenium, all PTE total concentrations positively correlate with mud and Total Organic Carbon (TOC) and two of the most abundant agglutinated taxa, Ammotium salsum, and Trochammina sp. 1. Moreover, both species display significant positive correlations with CrF4-CoF2-F3-F4-total-CuF4-total-NiF3-F4-total-AlF4-total-FeF3-F4-total-ZnF3-F4-total. On the other hand, both foraminifers correlate negatively with PbF4-SeF3-Setotal. The overall significant positive correlation of these PTEs suggests that they behave as micronutrients when complexed with organic matter. No significant positive correlation with none of the PTEs in any fraction was found for neither species richness nor for the most abundant hyaline perforate species (Ammonia aoteana). Some PTE fractions were found to correlate either positively or negatively with individual species, suggesting that they function as either micronutrients and/or stressors. The resulting Contamination Factor of the PTE total concentrations shows that only a few sample sites can be classified as “moderately” polluted for chromium, zinc, and copper and that all sampled sites are classified as “highly polluted” for selenium. The highest concentrations for Cr, Cu, Ni, and Zn were found towards the industrialized western part, an area that is characterized by moderate to high diversity but low abundances. View Full-Text
Keywords: benthic foraminifera; toxic elements; pollution; Lagos Lagoon; Nigeria benthic foraminifera; toxic elements; pollution; Lagos Lagoon; Nigeria
►▼ Show Figures 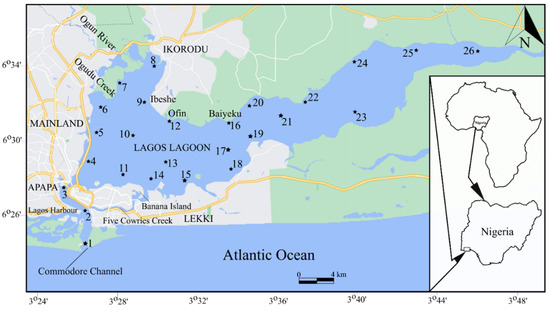 Ivory S. Council
Dr. Ivory S. Council received BS degrees in African American Studies and Environmental Studies from Florida State University in 2012 and a Ph.D. in Environmental Science from Florida A & M University in 2020. Her area of expertise is environmental chemistry, with an emphasis on radiochemistry and bioremediation. Presently, Dr. Council serves as a Postdoctoral Associate in the Center for Faculty ADVANCEment at FAMU where her research focuses on gender equity and cultural humility within the HBCU system. Dr. Council aims to address environmental and social inequalities at the local level through a combination of research, outreach, and education. She is both a McKnight Doctoral Fellow and a member of the Florida Alliance for Graduate Education in the Professoriate.
Zoom | Orient | As Lines | As Sticks | As Cartoon | As Surface | Previous Scene | Next Scene
We use cookies on our website to ensure you get the best experience. Read more about our cookies here.
Accept
We have just recently launched a new version of our website. Help us to further improve by taking part in this short 5 minute survey here. here.
Never show this again