The hydrodynamic dispersion tensor (HDT) of a porous medium is a key parameter in engineering and environmental sciences. Its knowledge allows for example, to accurately predict the propagation of a pollution front induced by a surface (or subsurface) flow. This paper proposes a new mathematical model based on inverse problem-solving techniques to identify the HDT (noted ) of the studied porous medium. We then showed that in practice, this new model can be written in the form of an integrated optimization algorithm (IOA). The IOA is based on the numerical solution of the direct problem (which solves the convection–diffusion type transport equation) and the optimization of the error function between the simulated concentration field and that observed at the application site. The partial differential equations of the direct model were solved by high resolution of Lattice Boltzmann Method (LBM) whose computational code is named HYDRODISP-LBM (HYDRO-DISpersion by LBM). As for the optimization step, we opted for the CMA-ES (Covariance Matrix Adaptation-Evolution Strategy) algorithm. Our choice for these two methods was motivated by their excellent performance proven in the abundant literature. The paper describes in detail the operation of the coupling of the two computer codes forming the IOA that we have named HYDRODISP-LBM/CMA-ES. Finally, the IOA was applied at the Beauvais experimental site to identify the HDT . The geological analyzes of this site showed that the tensor identified by the IOA is in perfect agreement with the characteristics of the geological formation of the site which are connected with the mixing processes of the latter. View Full-Text
Keywords: groundwater; numerical modeling; lattice Boltzmann method; relaxation time; hydrodynamics; isotropy; inverse problem; optimization; CMA-ES algorithm groundwater; numerical modeling; lattice Boltzmann method; relaxation time; hydrodynamics; isotropy; inverse problem; optimization; CMA-ES algorithm
►▼ Show Figures 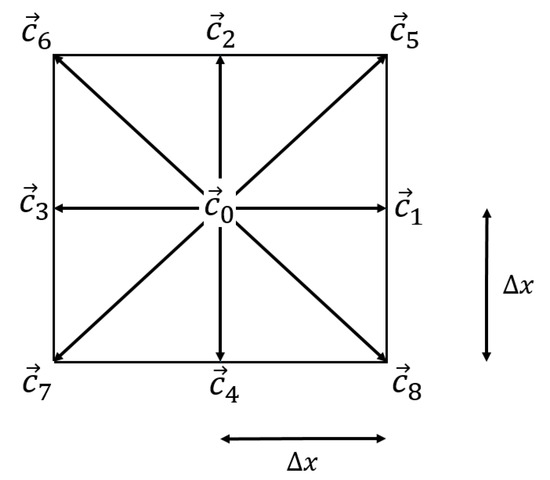