In this work, the metabolic uncoupler para-nitrophenol (pNP) was applied to suppress excess sludge production and to investigate its effects on the system’s performance and activated sludge community structure. The COD removal efficiency decreased from 99.0% to 89.5% prior to and after pNP addition, respectively. Application of pNP transiently reduced NH4+-N, NO3−-N and NO2−-N removal efficiencies, suggesting partial inhibition of both nitrifying and denitrifying activity. However, no changes in the relative abundance of the nitrifying bacteria occurred. Phosphorus removal efficiency was sharply reduced after pNP addition, as the consequence of hydrolysis of stored cell reserves. Tetrasphaera, a key polyphosphate accumulating organism, was also affected by the addition of pNP, a fact that highly influenced system’s ability to remove phosphorus. A drastic drop in Soluble Microbial Products (SMP) and Extracellular Polymeric Substances (EPS) was also detected shortly after the introduction of the uncoupler. On the other hand, MBR’s physicochemical parameters were restored to initial values a week after the addition of pNP. Moreover, remarkable changes in beta-diversity were noted after pNP addition. An increase of Bacteroidetes, Gammaproteobacteria and Firmicutes over Actinobacteria and Alphaproteobacteria was also observed after pNP addition. View Full-Text
Keywords: metabolic uncoupler; nitrophenols; excess sludge; nitrification and denitrification inhibition; Tetrasphaera metabolic uncoupler; nitrophenols; excess sludge; nitrification and denitrification inhibition; Tetrasphaera
►▼ Show Figures 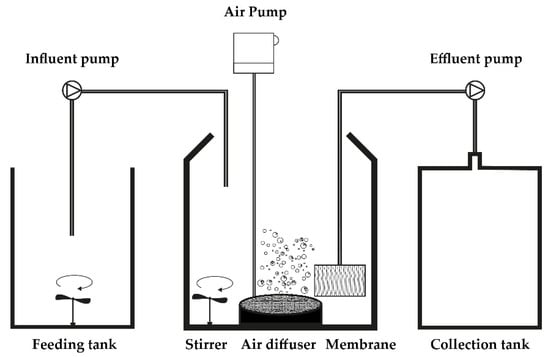 Paraschos Melidis
Professor Paraschos Melidis studied chemistry and received his Ph.D. from the University of Stuttgart (Germany). He is the Director of the Laboratory of Wastewater Management and Treatment Technologies-LWMTT (DUTH), participating in several national- and EU-funded research projects (in most of them as a coordinator).

Spyridon Ntougias
Associate Professor Spyridon Ntougias studied chemistry (University of Athens, Greece) and received his Ph.D. from the Department of Biological Sciences at the University of London, UK. He has participated in several international and national research projects (in approximately half of them as a coordinator), including EU- and IAEA-funded projects. He has participated in the editions of “Bergey’s Manual of Systematic Bacteriology”, describing the genera Alkalibacterium and Halotalea. He is an associate editor of the “Frontiers in Microbiology”, “Annals of Microbiology” and “Water” journals and has served as an external project evaluator of the French National Research Agency, the Israel Science Foundation and the Greek General Secretariat of Research and Technology.
Zoom | Orient | As Lines | As Sticks | As Cartoon | As Surface | Previous Scene | Next Scene
We use cookies on our website to ensure you get the best experience. Read more about our cookies here.
Accept
We have just recently launched a new version of our website. Help us to further improve by taking part in this short 5 minute survey here. here.
Never show this again