Streams in the southeastern United States Coastal Plains serve as an essential source of energy and nutrients for important estuarine ecosystems, and dissolved organic matter (DOM) exported from these streams can have profound impacts on the biogeochemical and ecological functions of fluvial networks. Here, we examined hydrological and temperature controls of DOM during low-flow periods from a forested stream located within the Coastal Plain physiographic region of Alabama, USA. We analyzed DOM via combining dissolved organic carbon (DOC) analysis, fluorescence excitation–emission matrix combined with parallel factor analysis (EEM-PARAFAC), and microbial degradation experiments. Four fluorescence components were identified: terrestrial humic-like DOM, microbial humic-like DOM, tyrosine-like DOM, and tryptophan-like DOM. Humic-like DOM accounted for ~70% of total fluorescence, and biodegradation experiments showed that it was less bioreactive than protein-like DOM that accounted for ~30% of total fluorescence. This observation indicates fluorescent DOM (FDOM) was controlled primarily by soil inputs and not substantially influenced by instream production and processing, suggesting that the bulk of FDOM in these streams is transported to downstream environments with limited in situ modification. Linear regression and redundancy analysis models identified that the seasonal variations in DOM were dictated primarily by hydrology and temperature. Overall, high discharge and shallow flow paths led to the enrichment of less-degraded DOM with higher percentages of microbial humic-like and tyrosine-like compounds, whereas high temperatures favored the accumulation of high-aromaticity, high-molecular-weight, terrestrial, humic-like compounds in stream water. The flux of DOC and four fluorescence components was driven primarily by water discharge. Thus, the instantaneous exports of both refractory humic-like DOM and reactive protein-like DOM were higher in wetter seasons (winter and spring). As high temperatures and severe precipitation are projected to become more prominent in the southeastern U.S. due to climate change, our findings have important implications for future changes in the amount, source, and composition of DOM in Coastal Plain streams and the associated impacts on downstream carbon and nutrient supplies and water quality. View Full-Text
Keywords: DOM; fluorescence; Coastal Plain stream; carbon export; flow path; climate change; biodegradation; EEM-PARAFAC; redundancy analysis DOM; fluorescence; Coastal Plain stream; carbon export; flow path; climate change; biodegradation; EEM-PARAFAC; redundancy analysis
►▼ Show Figures 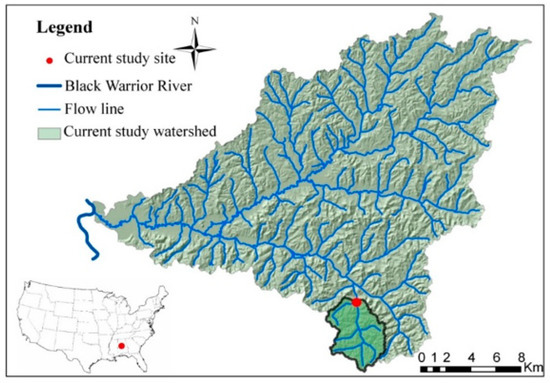 Marco Bonizzoni
Dr. Bonizzoni completed his studies on chemical sensors for anion recognition at the University of Pavia (Italy) with Prof. Luigi Fabbrizzi. He was a postdoctoral fellow with Prof. Eric V. Anslyn at The University of Texas at Austin (USA), then joined the Department of Chemistry at The University of Alabama (2010), where he has been working on physical-organic investigations of water-soluble polyelectrolytes and their sensing applications. He was recognized as a Young Academic Investigator by the Division of Organic Chemistry of the ACS (2016), as a Distinguished Teaching Fellow at the University of Alabama (2017), and as one of the 2016 Emerging Investigators for the Journal of Materials Chemistry B.
Zoom | Orient | As Lines | As Sticks | As Cartoon | As Surface | Previous Scene | Next Scene
We use cookies on our website to ensure you get the best experience. Read more about our cookies here.
Accept
We have just recently launched a new version of our website. Help us to further improve by taking part in this short 5 minute survey here. here.
Never show this again