Enhancing Water Supply Resilience in a Tropical Island via a Socio-Hydrological Approach: A Case Study in Con Dao Island, Vietnam
Next Article in Special Issue

The novel methodology for developing case-specific water age performance functions is based on field data collection, processing and analysis, as well as on the numerical simulation of the WDN behaviour. The approach comprises five main steps:

A detailed description of these main steps is presented in the following sections.

The data necessary for developing and calibrating the hydraulic models of the WDN, such as infrastructure characteristics, flow rate data, pressure monitoring data and billing data, are primarily collected. A network hydraulic model is then developed by using, for instance, EPANET [1], including both the physical and the operational conditions of the system (i.e., consumption, pump operating rules, and valve settings). Typically, WDN have two extreme operating periods, representative of winter and summer seasons. In Portugal, these correspond to the months of February (with the minimum daily consumption) and August (with the maximum daily consumption).

Water quality data in the two periods (winter and summer) over at least 5 years should be collected. Data should include the results of the microbiological and chemical analysis carried out by the utilities for the mandatory water quality control programme.
Data processing and analysis starts by identifying the nodes in the hydraulic model that correspond to the water sampling locations. The water quality datasets are further analysed in order to identify for which non-conservative parameters there are enough data for a correlation analysis with water age. Often, free chlorine is the parameter for which more data are available, being frequently monitored in most WDN. In chlorinated water systems, total chlorine may be the parameter that best represents the residual disinfectant content in the water. The water quality datasets may also contain results of non-conservative water quality parameters, such as trihalomethanes (THM), which are only seldom analysed. In addition, the results of microbiological analyses, such as for E. coli, coliform bacteria, and heterotrophic plate counts (HPCs), are mostly null, which hinders any attempt to find correlations between water age and those parameters. For those reasons, only free chlorine was selected for further correlation analysis with water age.
Chlorine records under the minimum detectable limit should be removed from the datasets. In Portugal, the DPD method is typically used; the corresponding minimum detectable limit is 0.05 mg/L. For each sampled location, the mean chlorine content is calculated in each season, unless there is high variability among the samples (>0.2 mg/L). In such a case, the older records should be discarded, as the chlorine concentration difference may be due to dissimilar operating conditions of the networks that are not representative of the simulated demand seasons.

Water age at the sampling nodes is determined by running extended-period simulations of the WDN behaviour, using small quality time steps (1 min), for each characteristic season. Obtained results for the first hours of simulation, which show a linear increase in water age with time, should be discarded, as these correspond to the stabilisation of the water age in the model. The duration of this stabilisation period depends on the water demand and on the node location; thus, it must be determined for each case. The water age time series at each sampling node should then be examined for their variation over time in order to assess the suitability of using the mean value as the characteristic water age at the node, particularly by the time the grab samples are taken (usually from 9 a.m. to 5 p.m.). For those nodes where high variations in water age values are observed throughout the day, a clear correlation between water age and any water quality parameter might be unfeasible.

Correlations between water age and free chlorine concentration at the nodes are assessed by plotting the two variables and evaluating their trend. Linear, exponential and polynomial trends can be observed and the respective regression functions must be obtained. The quality of the correlation is typically assessed by means of the coefficient of determination (R2). Equations to predict the chlorine concentration as a function of water age are determined for each season.

Case Study 1, the Costeira water distribution network, supplies part of the city of Castelo Branco, in Portugal (Figure 3). This network comprises one storage tank and 116 km of pipes that serve approximately 5900 branches. The network pipe materials are polyvinyl chloride (PVC) (93%) and ductile iron. The network is divided into 12 district-metered areas (DMAs). The supplied water volume in 2019 was 1.1 Mm3 to domestic and industrial water users. The water demand in August 2020 (152,906 m3) was approximately 50% higher than that in February (96,969 m3), mostly due to the floating population and the irrigation of urban gardens. Two main seasons are clearly identifiable in this WDN. The network has two large consumers: a dairy products factory and a hospital. The factory has an associated DMA with no other consumers and is located in the southern industrial area. The hospital is connected to a water main, very close to the water tank that supplies the Costeira subsystem, so its influence on the water age in the rest of the network is negligible.

Case Study 2, the water distribution network of Quinta do Lago, located in south Portugal, supplies 1.7 Mm3/year of water mainly to domestic consumers and hotels (Figure 4). The system is located in a touristic area, and the water demand in summer is 4.5 times the demand in winter. The network comprises one single storage tank and 72.8 km of pipes, ranging from 63 to 400 mm in diameter. The predominant pipe materials are PVC (53%) and asbestos cement (44%). Water consumption is measured by a telemetry system every hour at each of the 2000 clients. Pressure is measured every minute at seven locations within the distribution system.

The proposed methodology was applied to two water distribution systems for two seasons (winter and summer). The developed functions were further applied to evaluate the water age in the two systems.

The first steps of the proposed methodology include data collection and analysis. Two types of data were collected, namely, physical and operational data of the WDNs, necessary to develop the hydraulic simulator, as described in Section 3. The respective mathematical models were developed using EPANET hydraulic simulator. Because the methodology requires a good estimation of the water age at the nodes, a sound calibration of the models is necessary. For Case Study 1, the model results for flow rate and pressure at the entrance nodes of each DMA were compared with the historical records. A correction factor was then applied to each nodal demand according to its DMA, in order to match the observed and simulated pressure and flow at the nodes. For Case Study 2, flow rate and pressure online data acquired at locations within the network were used for the model validation. Model calibration was carried out for each season.

4.4. Development of Correlation between Water Age and Free Chlorine Concentration

This work was supported by the Fundação para a Ciência e a Tecnologia (FCT) through the IMIST (grant number PTDC/ECI-EGC/32102/2017) and the WISDom project (grant number DSAIPA/DS/0089/2018).

The authors acknowledge the Fundação para a Ciência e Tecnologia (FCT) for funding the project PTDC/ECI-EGC/32102/2017, IMIST—Improving Mixing in Storage Tanks for safer water supply as well as the project DSAIPA/DS/0089/2018, WISDom. The authors are thankful to the water utilities that provided the data used in this research, namely Serviços Municipalizados de Castelo Branco and Infraquinta, Empresa de infraestruturas da Quinta do Lago, EM. 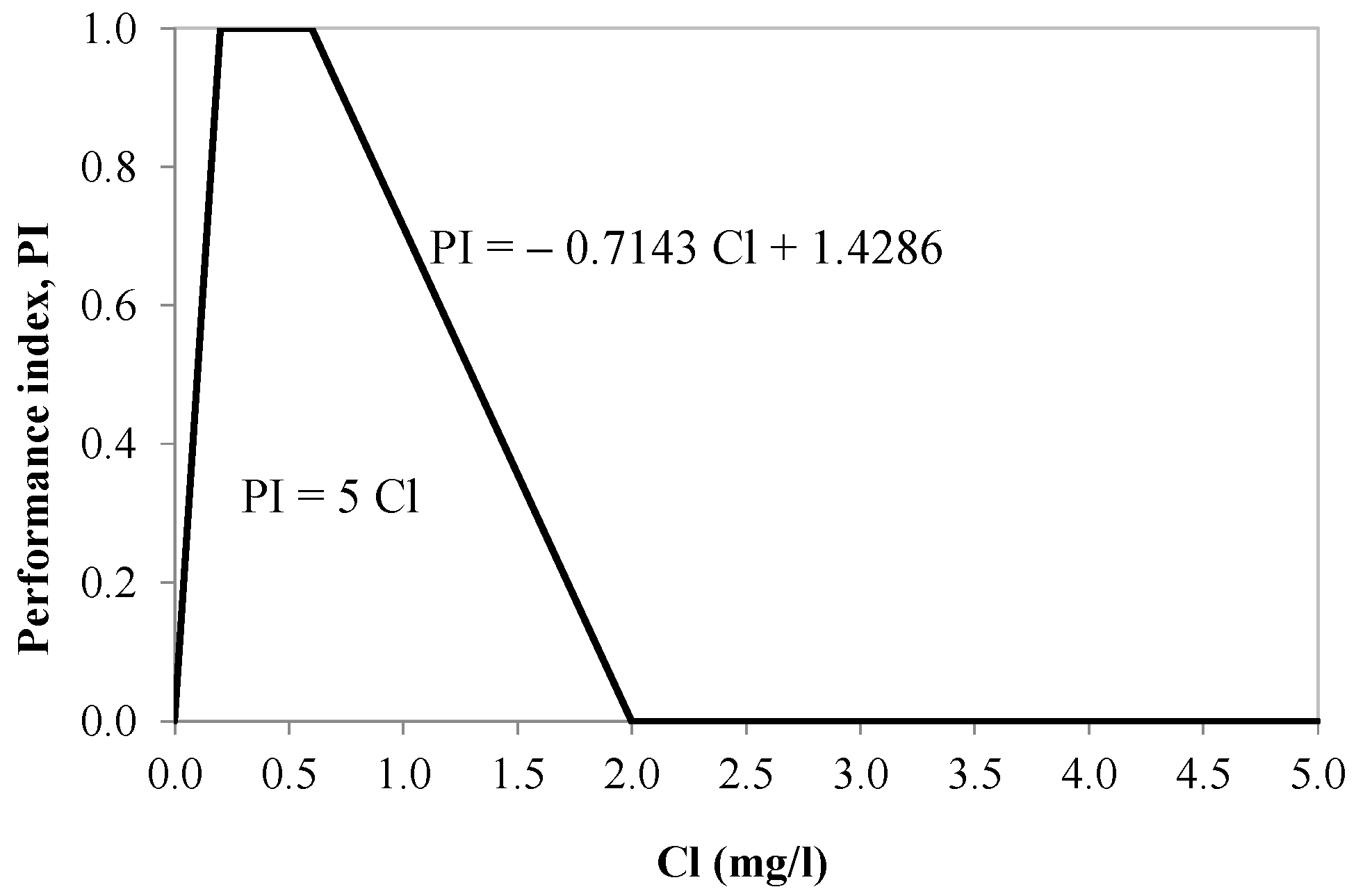 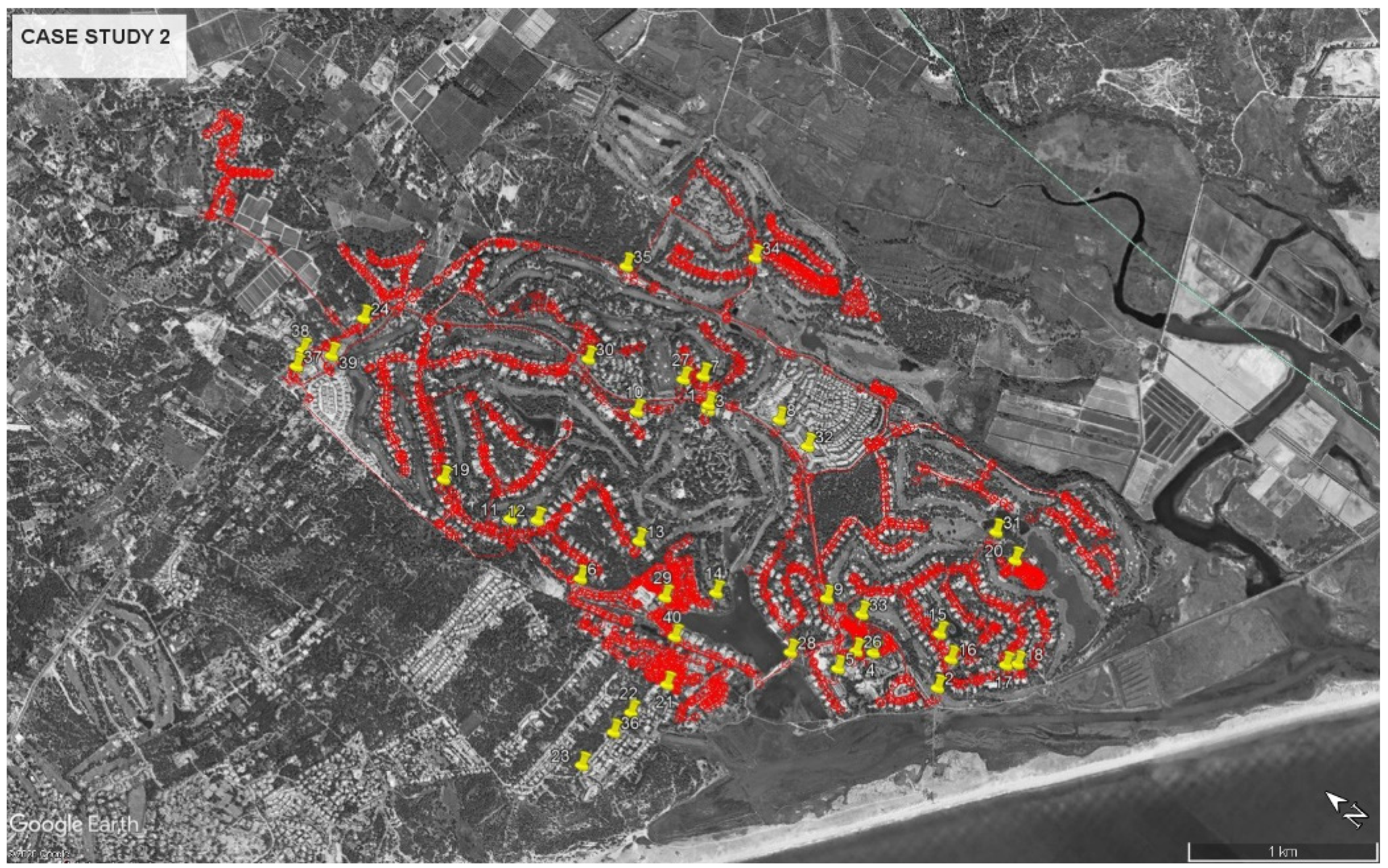 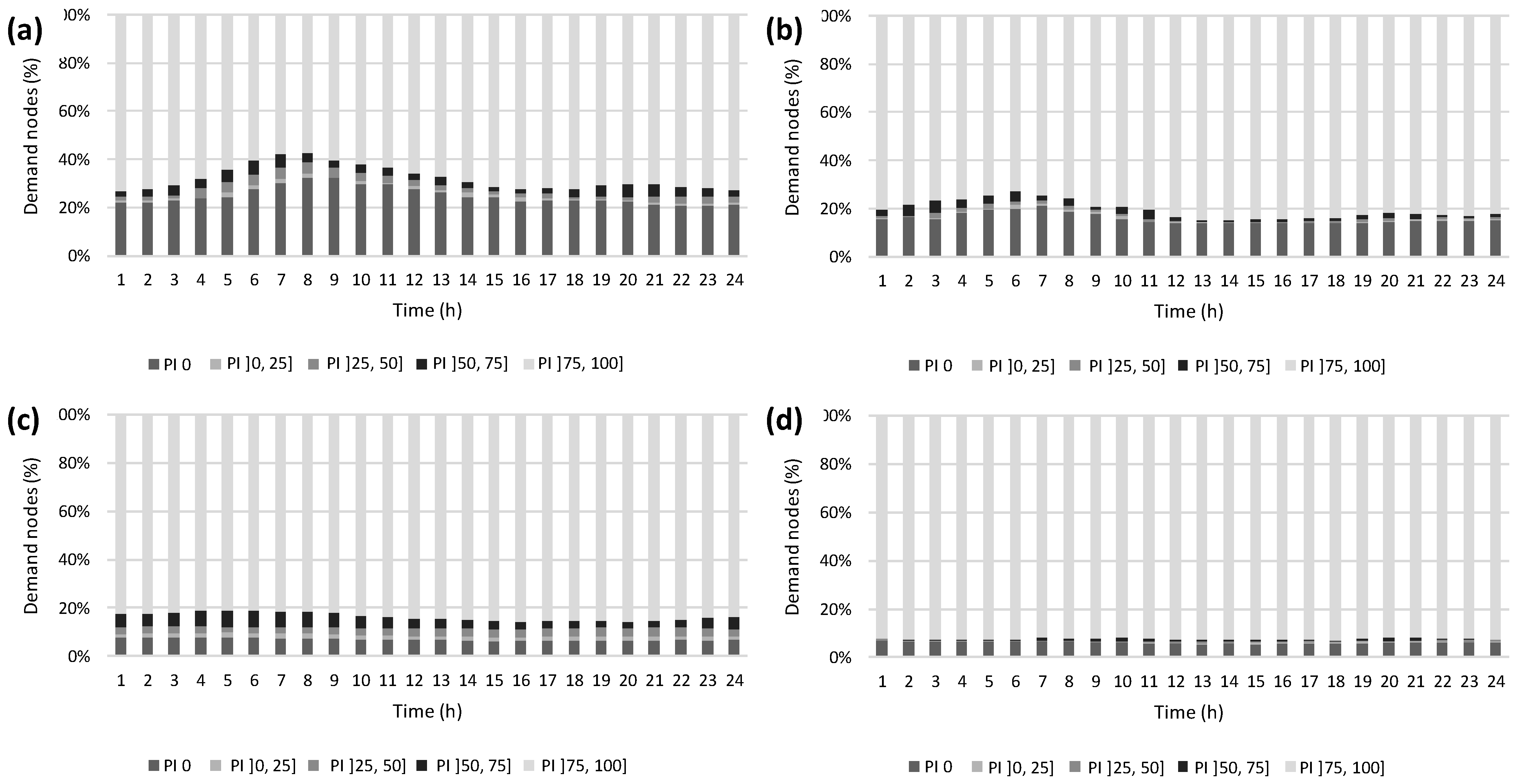