Size Matters, but Species Do Not: No Evidence for Species-Specific Swimming Performance in Co-Occurring Great Basin Stream Fishes

:
This study presents an investigation on the use of submerged counterflow jets as a means for stabilizing the spatial hydraulic jump occurring in abruptly expanding channels. The characteristics of the flow downstream from the stilling basin and the main parameters influencing the effectiveness of the device in improving flow uniformity and reducing scouring potential are examined in laboratory tests, under several geometric configurations and hydraulic boundary conditions. The position within the stilling basin and the jet density (i.e., the number of orifices issuing the counterflow jets) were found to be important parameters influencing the performance of the device. Overall, the results indicate that this dissipation system has promising capabilities in forcing the transition from supercritical to subcritical flow, by significantly shortening the protection length needed to limit the phenomena of instability associated with spatial hydraulic jumps.
Keywords:
counterflow jets; energy dissipation; expanding channels; spatial hydraulic jump; stilling basin

The formation of a hydraulic jump in stilling basins is frequently used as an energy dissipation system to reduce the scour downstream of hydraulic structures [1]. Methods for enhancing the energy dissipation, and thus shortening the length of the basin, have been proposed in many studies. These methods typically include the use of appurtenances, such as baffle piers, end sills, blocks, or roughness elements [2,3,4,5,6,7,8,9,10], while few studies also examined the possibility of using bed water jets as a means of dissipation. This last method can be a cost-effective solution, considering that water jets can be generated by deriving the flow from the upstream storage of the hydraulic structure using a system of pipes and by exploiting the head difference to the stilling basin. In particular, Tharp [11] first studied the effectiveness of injecting submerged water jets on the classical hydraulic jump. Mele and Viti [12] analyzed the effect of a secondary recirculating current caused by the difference of pressure head in two sections connected through a false floor, reporting substantial modifications in the flow patterns. France [13] used a similar arrangement to generate inclined counterflow jets in the stilling basin, describing their ability in reducing the tailwater depth required to stabilize the hydraulic jump, especially when the jet inclination generates a stronger counterflow component. These results have been recently confirmed by Alghwail et al. [14], who studied the effect of a single counterflow jet originating from a submerged orifice, by carrying out experiments with varying inclination, width, and position of the opening. They indicated optimal behavior when the jet is inclined at 45° and when it is located in the jump area, approaching the upstream section. Varol et al. [15] investigated the effect of water jets on the characteristics of hydraulic jumps, in terms of flow structure, roller length, water surface profiles, and energy losses, while Helal et al. [16] confirmed the performance of this kind of dissipation device in improving the efficiency of submerged hydraulic jumps.
Still, practical situations exist where the downstream tailwater depth is very low and the classical jump cannot be created, even with the use of dissipation elements. In similar conditions, channel expansion can be a suitable solution [17], which, however, is prone to the possible occurrence of spatial hydraulic jumps (i.e., S-jump), characterized by unstable and asymmetric flows for specific narrow ranges of tailwater levels, for which a slight variation in the boundary condition can result in strong modifications of the cross-sectional velocity distribution and local velocity maxima [18,19,20,21,22,23,24,25]. Previous studies have demonstrated that these undesirable phenomena may be prevented or limited by inserting in the stilling basin solid sills [20,26], roughness elements [27], or cross-beam devices [24,25].
In the present study, the use of counterflow jets (i.e., opposed to the main direction of the approaching flow), generated by a transversal pipe fed by the same upstream storage supplying the main flow, is considered as an alternative dissipation system to stabilize the spatial hydraulic jump and to reduce the risk of flow asymmetry and instability phenomena in abruptly expanding channels. From a practical point of view, the device provides a double benefit, by adding the momentum of the jets to the downstream force and, at the same time, reducing the upstream flow rate, as if the return period of the flood was lower.
Several configurations, under three inflowing conditions, were first investigated to explore the system’s functioning and its performance in establishing near-bed uniform flow conditions in the tailwater channel. Some of the best-performing configurations were then selected to be tested under more severe boundary conditions, providing further insights on the dissipative mechanism and on the flow field induced by the device downstream from it.

The present study has introduced a novel dissipator, based on the use of counterflow jets, able to significantly reduce the risk of flow asymmetry and instability phenomena associated with the occurrence of spatial hydraulic jumps in abruptly expanding channels. The dissipative mechanism relies on the interaction between the incoming channel flow and the water jets issuing from the device, which breaks the main flow, causing turbulence and redistributing the velocity field in the stilling basin, with an increase of the effective water depth in the pool and the creation of recirculation zones.
In this study, 54 different configurations of the device were tested in an experimental analysis to evaluate the performance of the system in improving the flow uniformity and reducing the bed velocity in the tailwater channel. The results have shown that the distance from the expansion section and the jet density are influencing factors for its effectiveness. In the second phase, some of the best-performing configurations were selected to also test the ability of the dissipator under varying tailwater conditions and to better describe the flow patterns in the tailwater channel.
Overall, the presented experimental investigation demonstrates the promising capabilities of this device to force hydraulic jumps and control flow uniformity under a wide range of operating conditions by exploiting the collision between the jets and the incoming water, which generates a high-turbulence zone in the middle of the expansion section, with local radial vortices and strong air entrainment, particularly effective when the jets are installed near the expansion section.

This work was supported by the Research Council of the Shahid Chamran University of Ahvaz [grant number: 1399].

Experimental data that support the findings of this study are available from the corresponding author upon request. 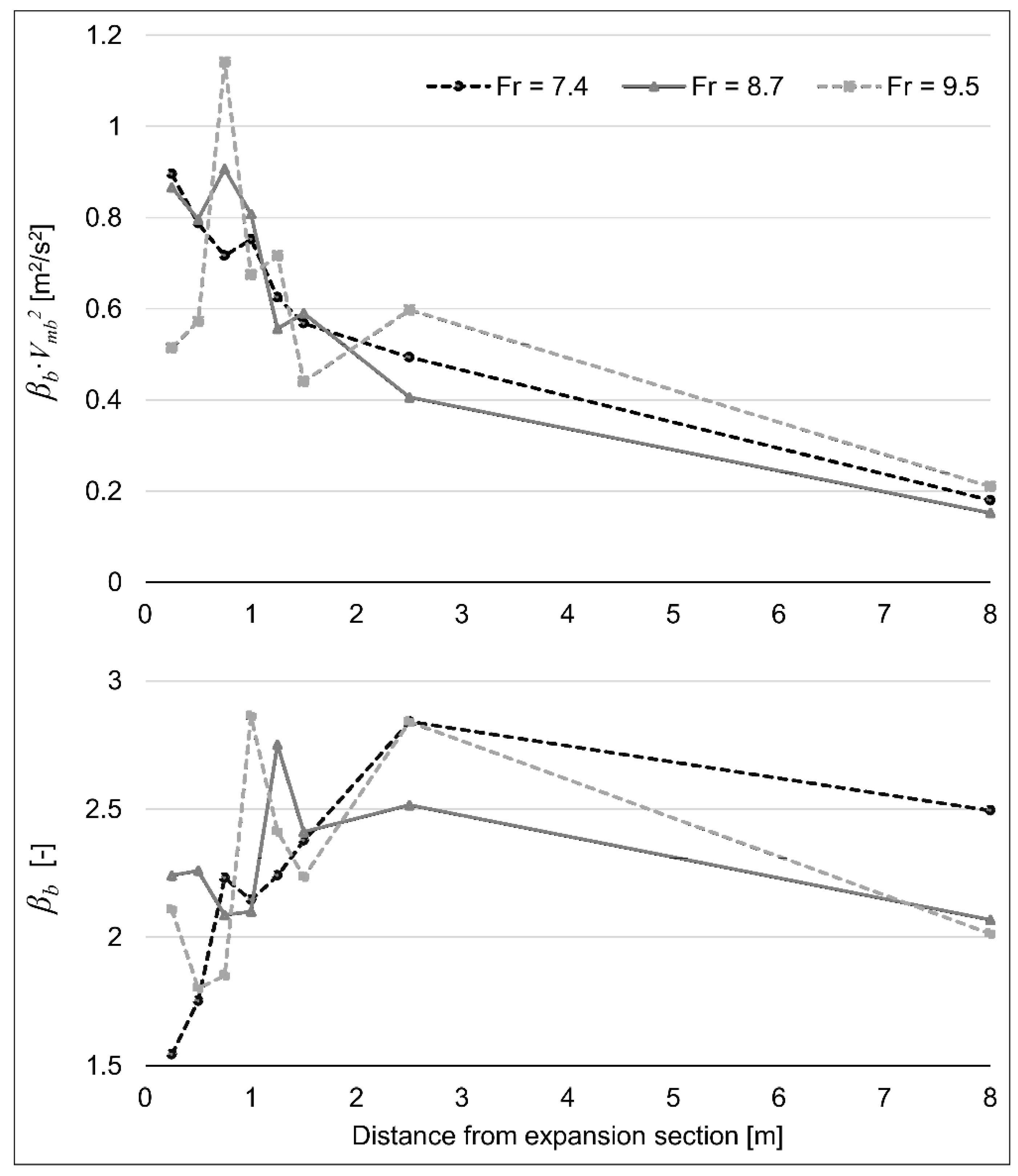 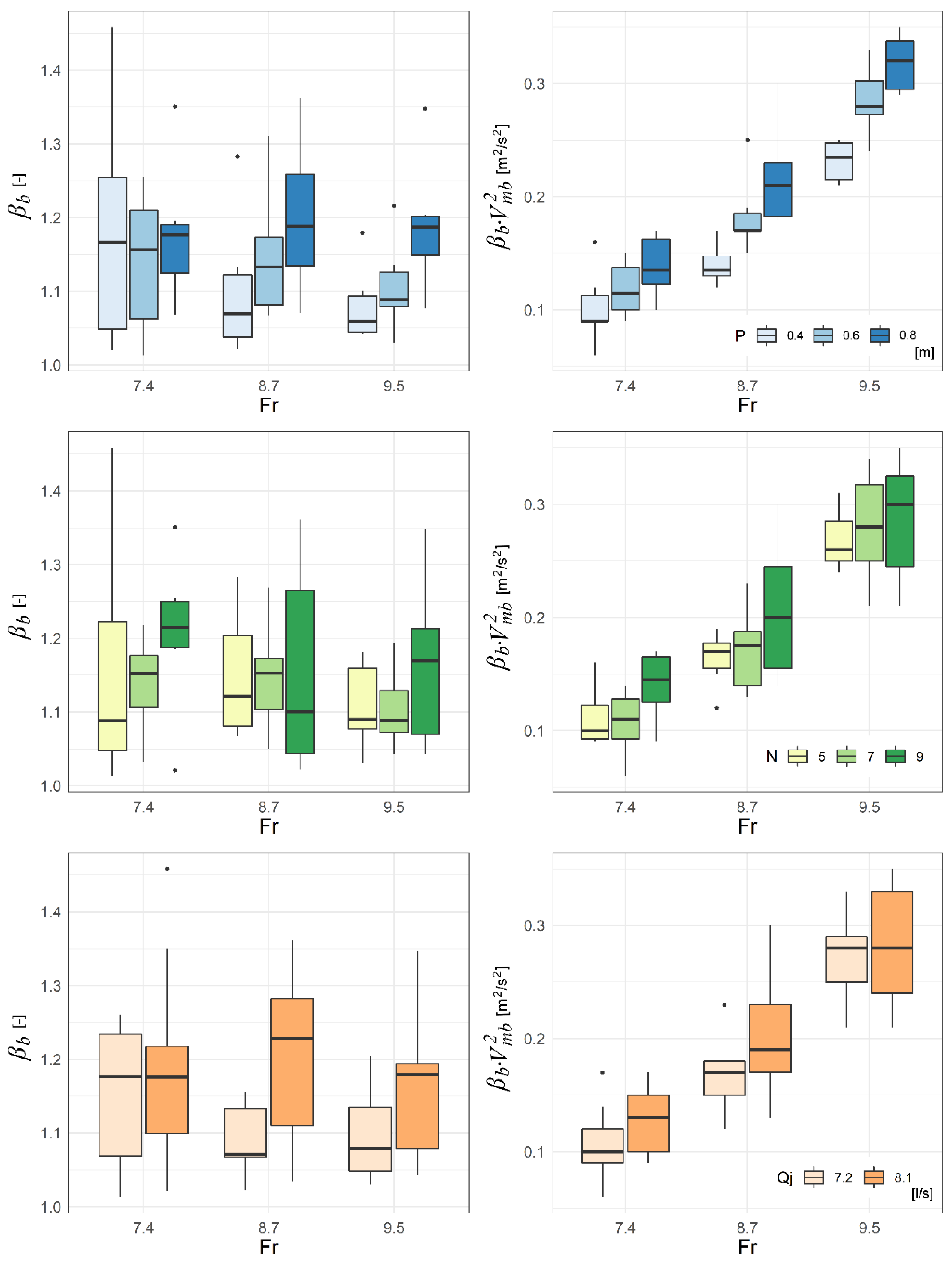 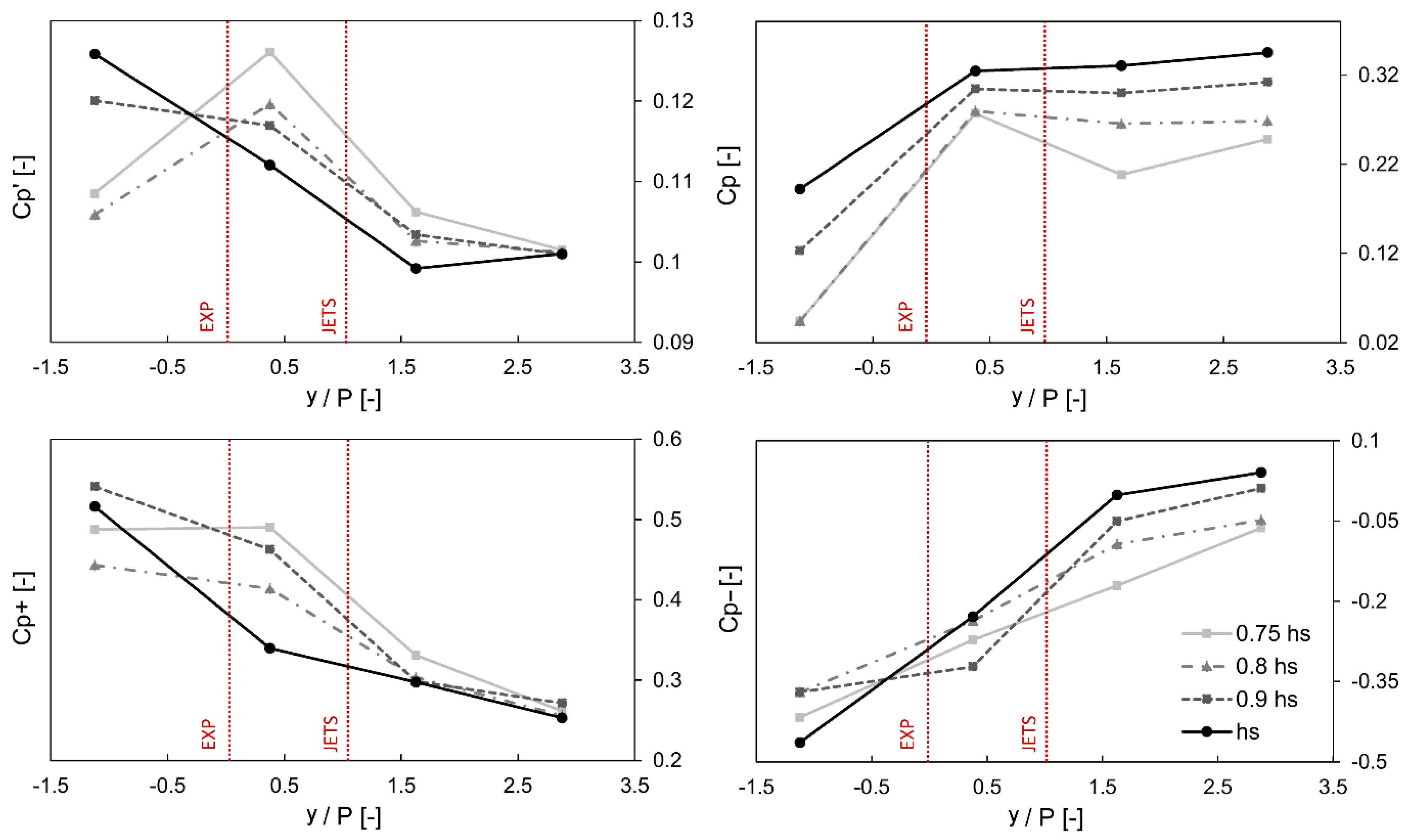