INSPIRE-SAT 7, a Second CubeSat to Measure the Earth’s Energy Budget and to Probe the Ionosphere
Previous Article in Journal

The main goal of this work is the proof of concept of a compact, lightweight, and low-cost heterodyne spectroradiometer for continuous GHG monitoring from the upper troposphere to the mesosphere. We propose developing a network of small probes with such a payload for better coverage of the Earth and a shorter period of time lasting between consecutive measurements over the same area. Due to the heterodyne spectroradiometer’s advantages, it may be used as an additional payload for future spacecraft constellations such as Starlink or Sfera as well as for individual spacecraft. As an initial step in the implementation of such a project, in this paper, we analyze measurement capabilities of the heterodyne spectroradiometer operating as a separate 6U CubeSat, placed on low Earth orbit (LEO), e.g., the International Space Station’s (ISS) orbit.
The science goal of the proposed instrument is the study of atmospheric structure, chemical composition, and dynamics in the range of tangent heights from 5 to 50 km in the NIR spectral range. The spectrometer is capable of continuous monitoring of CO2, H2O, CH4, and O2 in the solar occultation mode with expected integration time allowing for GHG vertical profiling. At the same time, O2 measurements provide information on the basic atmospheric parameters, such as temperature and density profiles, crucial for precise mixing ratios retrievals. In addition, wind speed projection to the line of sight, i.e., to the Sun direction, may be retrieved by analyzing Doppler distortion of observed spectral lines. Among other applications, observations in the proposed heights range may provide information on the dynamics of the stratospheric polar vortex, including its collapse associated with polar warmings, and clarify the potential role of GHG in the Arctic region, most affected by climate change today.
Evidently, the mission lacks the lower troposphere, where the carbon exchange between the atmosphere and surface inventories occurs.

3. Ground-Based Prototype of the MLHS

A 2U spaceborne MLHS payload is designed to operate in the solar occultation mode schematically illustrated in Figure 9. According to the observation geometry, there are two measurement windows per orbit, namely the egress (sunrise) window marked in Figure 9 by points 1 and 2, and the ingress (sunset) window marked by points 3 and 4. Atmospheric measurements are carried out at the Earth’s surface point corresponding to a terminator (edge of shaded area).
As mentioned in Section 2, the MLHS is considered to be placed on the International Space Station (ISS) orbit, precise orbital parameters of which within last year have been published in the two-line element set (TLE) format [52]. We analyzed the observing capabilities of this orbit in the solar occultation mode in terms of MLHS science objectives, using SkyField framework [53], TLE dataset, Pandas [54], and NumPy [55] Python libraries. The calculations were based on the archive of multiple TLE sets for the mentioned period. Atmospheric refraction was not taken into account. It was evaluated that from 10 October 2019 to 8 October 2020, the spaceborne MLHS could observe the Sun 10,927 times. The duration of Sun observation within the range of tangent heights of 5–50 km in one year period is presented in Figure 10a, where a single flyby has the following duration statistics: the median duration is 19 s, averaged value is 25.8 s, minimal one is 14 s, and maximal one is 584 s. Such a long duration of Sun observation per one flyby results from a relative position of the terminator and the MLHS orbital plane. In this case, the trajectory of the probe is parallel to the terminator. Such configuration is met several times per year. Figure 10b shows the Earth’s surface coverage by MLHS measurements within 24 h. This period corresponds to the date 15–16 May 2020 and meets one of the three rare cases with the maximal duration of Sun observation time within the range of 5–50 km. Although the sunlight passes through atmosphere layers with different tangent heights at the solar occultation geometry, for simplicity, the color bar of Figure 10b indicates the minimal tangent height of the current measurements.
Figure 11 visualizes a map of coverage of the Earth’s surface by MLHS measurements within one year. The color bar corresponds to Sun observations’ exposure time within the tangent height range of 5–50 km. According to the map presented in Figure 11, the Earth’s surface in the latitude range from 30° to 75° in both hemispheres has denser measurement coverage providing the exposure time range from 2000 to 3000 s. Measurement coverage in the latitude range ± 30° has sparser coverage with the exposure time up to 2000 s. Due to the orbit configuration, polar areas above 75° in both hemispheres remain uncovered. Orbital precession effects in our case are helpful for passive coverage of Earth’s atmosphere, even a month of observation provides valuable data for most of the area of interest.
One may conclude that MLHS operation at the ISS orbit provides suitable conditions for GHG remote sensing, with the sufficient median time of Sun observation for GHG profiling and a wide range of surface coverage, including the subarctic region, one of the most interesting areas on the planet from the GHG monitoring point of view [56].

As mentioned above, high-resolution spectra provided by the heterodyne detection technique carry information about possible variations of sounded gas abundance variations along the sounding path. Here we will demonstrate how such information may be utilized in the methane profile retrievals. The general geometry of solar occultation measurement is presented in Figure 15a. Atmospheric layers with different altitudes contribute to the resulting spectrum. Figure 15b shows an example of a synthetic atmospheric transmission spectrum in the vicinity of CH4 multiplet near 1640 nm (6096 cm−1). This spectrum is characterized by the SNR of 50, which is a typical value for the exposure time of 1 s. Due to fully resolved profiles of spectral lines involved in this spectrum, their different intervals are formed at different altitudes. The detailed description of utilizing this information in vertical profiling, including error estimation and weighting functions, is presented in [13,51]. Applying the same technique to the solar occultation spectrum, one can retrieve methane abundances at different altitudes contributing to a single occultation spectrum. The resulting profile retrieved along the sounding path with error estimates is presented in Figure 15c. Do not confuse this profile with the standard vertical GHG profiles, which could be measured during sunrises/sunsets at solar occultation geometry.
It is known that with the higher layers, the accuracy of their contribution evaluation decreases. In particular, the retrieval accuracy of a mean CH4 mixing ratio in the interval 5–40 km is 0.023 ppm, whereas above 40 km, accuracy is no better than 0.1 ppm. However, Figure 15c shows that even a single spectrum provides information not only about target species concentration at particular tangent altitudes but also at higher levels. The combination of these retrievals with the sequence of occultation spectra taken at different altitudes provides a tomographic view of a sounded species’ spatial distribution in the vertical and horizontal directions. The accuracy of the retrievals is strongly dependent on the quality of measured spectra, with SNR increase leading to the sharp decrease of the estimated retrieval error. An estimation of such dependence for CH4 mixing ratio evaluation above 40 km based on spectra taken with the tangent altitude of 5 km is shown in Figure 16.
Although orbital parameters barely allow one to obtain spectra with SNR better than 50, there are specific conditions when SNR better than 500 is expected, as shown in Figure 10. Figure 16 clearly represents that such a high SNR may result in the accurate 3D reconstruction of methane mixing ratio in the troposphere and stratosphere. A similar approach may be readily applied to CO2 and other atmospheric species. Therefore, a combination of solar occultation technique that provides sensitive vertical profiling, with the high spectral resolution provided by heterodyne IR spectroscopy, opens new capabilities of atmospheric sounding onboard CubeSats. Indeed, the most critical processes driving GHG emissions and losses occur at the Earth’s surface and are unavailable for observations in solar occultation geometry. Nevertheless, such observations may complement current and future space missions targeting GHGs by detailed information about their distribution in the troposphere and stratosphere.

This work presented the design of a space mission utilizing the 2U MLHS instrument for studies of structure, composition, and dynamics of the atmosphere that could be carried on board of CubeSat. Based on atmospheric transmittance measurements with a high spectral resolution in the solar occultation geometry, the instrument is capable of vertical profiling of CO2, H2O, CH4, and O2 mixing ratios with the accuracy of 0.5–1%, as well as vertical wind velocity profiling with the accuracy of 2–3 m/s in three spectral ranges of 1258, 1528, and 1640 nm. Exploiting the 2U spaceborne MLHS on LEO provides sufficient exposure time for measurements and wide Earth’s surface coverage. Expected results of measurements carried out within the range of tangents height of 5–50 km were presented together with the concept of a tomographic gas concentration restoration based on high spectral resolution. Declared measurement capabilities of the MLHS are based on the results of experiments with its ground-based prototype carried out in September of 2020. Multichannel configuration of the heterodyne detector allowed us to decrease the IF signal integration time down to 1 s with the appropriate SNR level, making the idea of a simple yet data-rich GHG monitoring mission possible.

Data used in this study are available from the authors upon request. 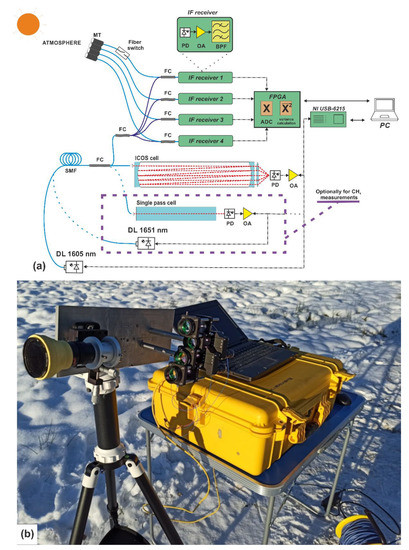 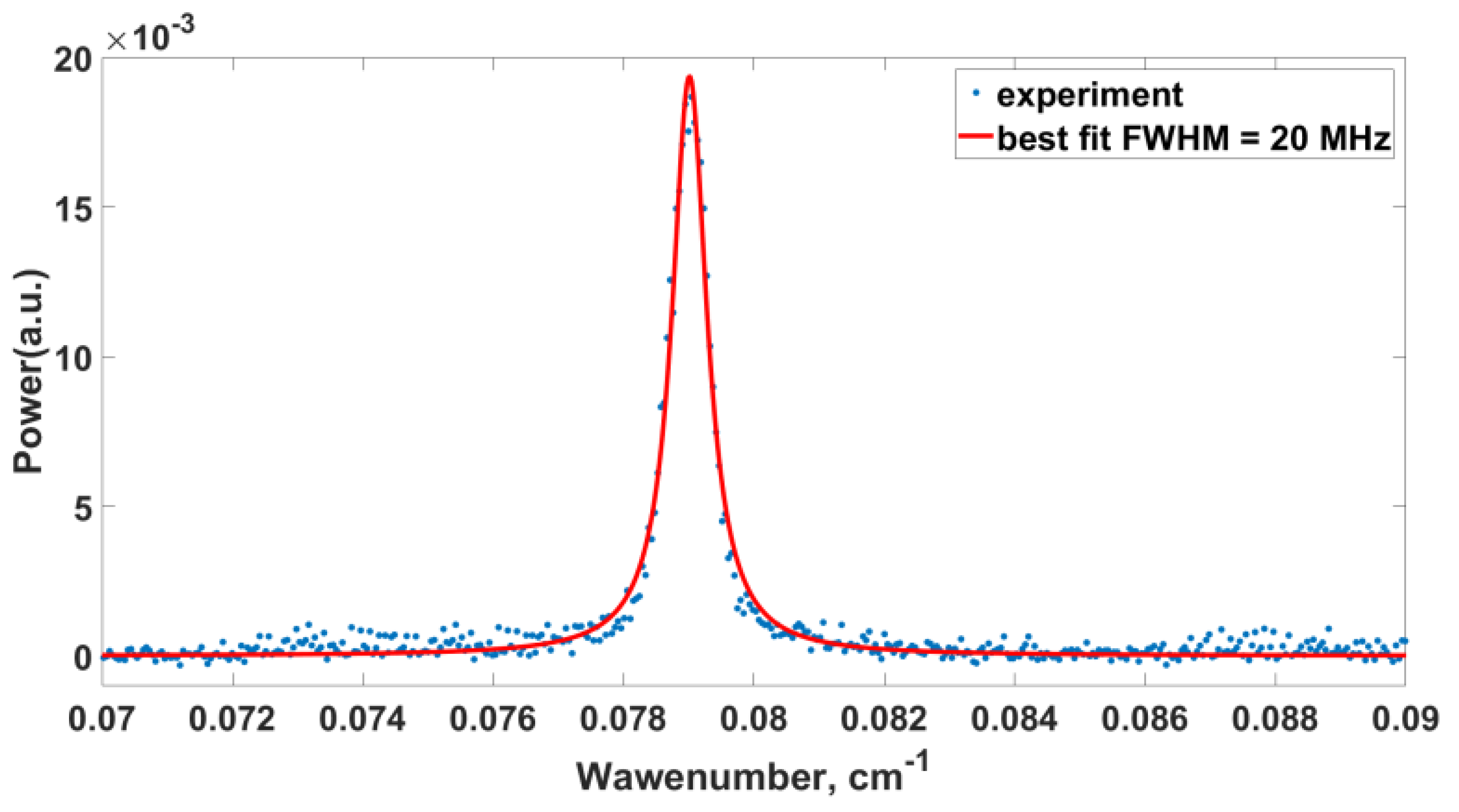 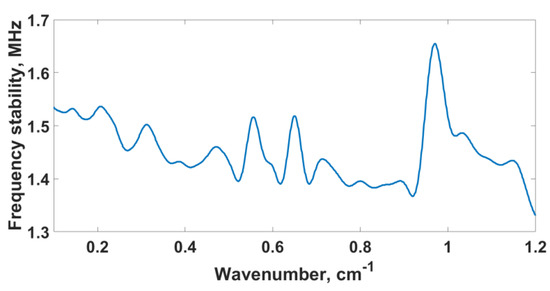 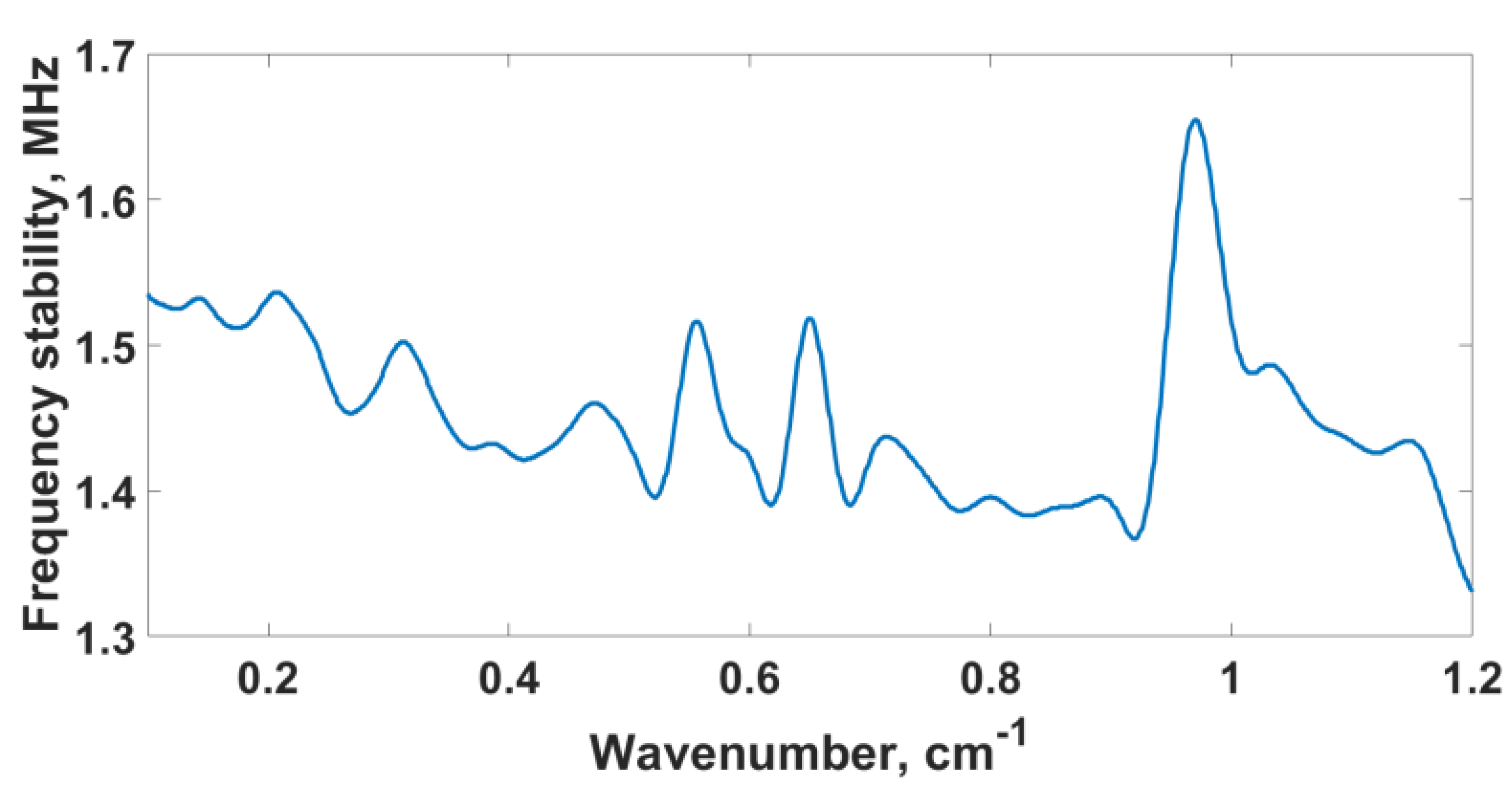 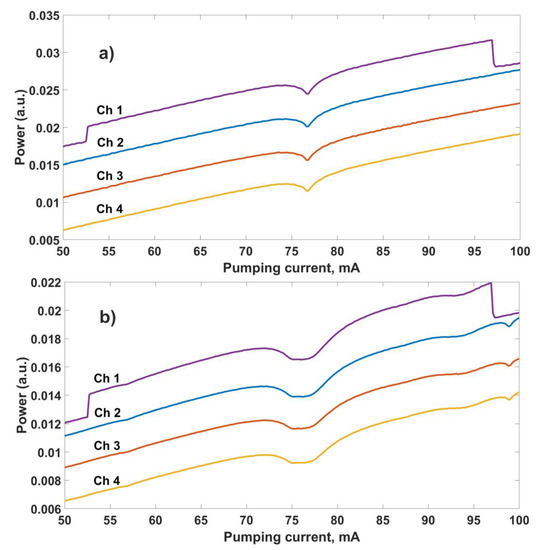 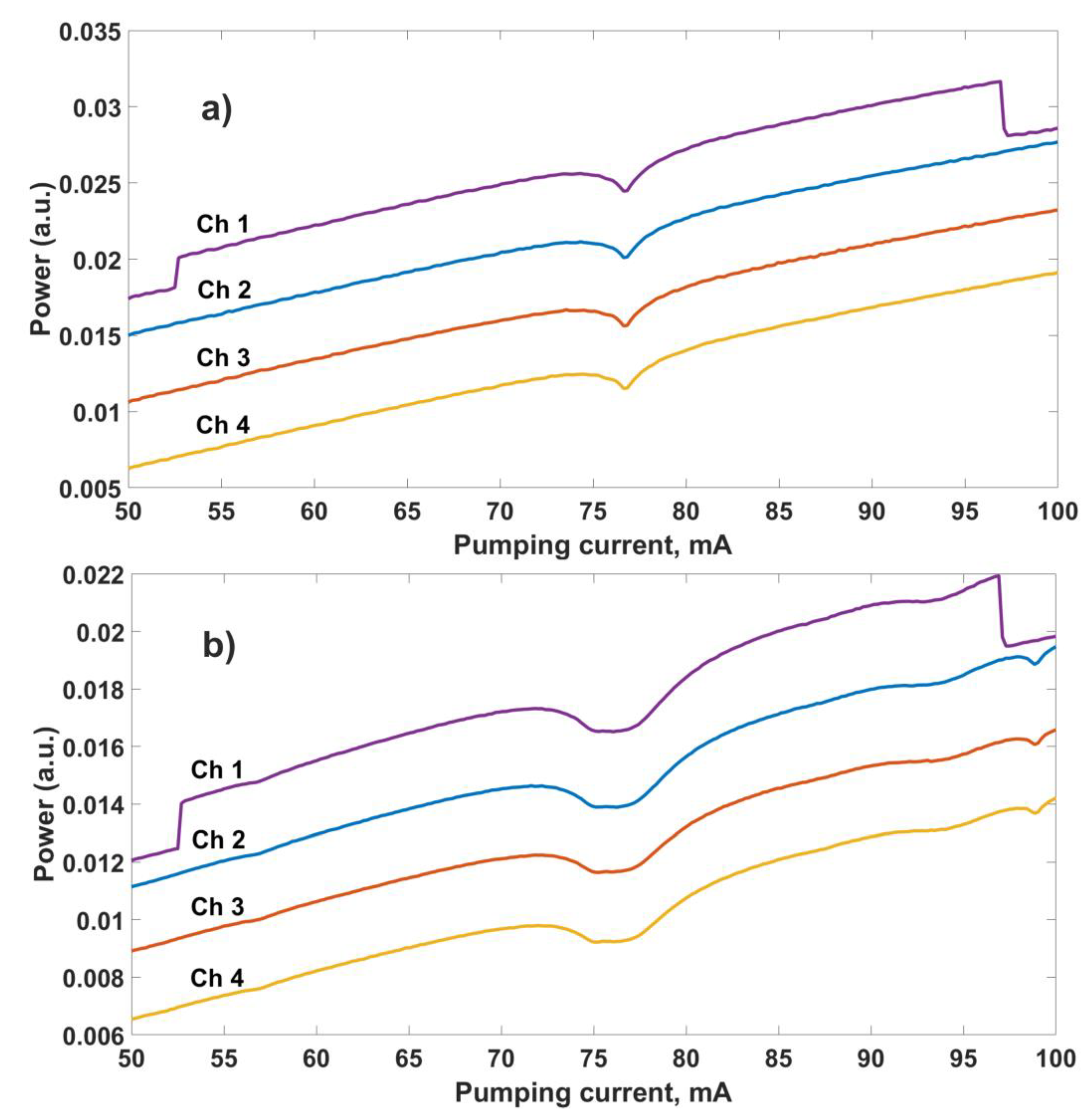 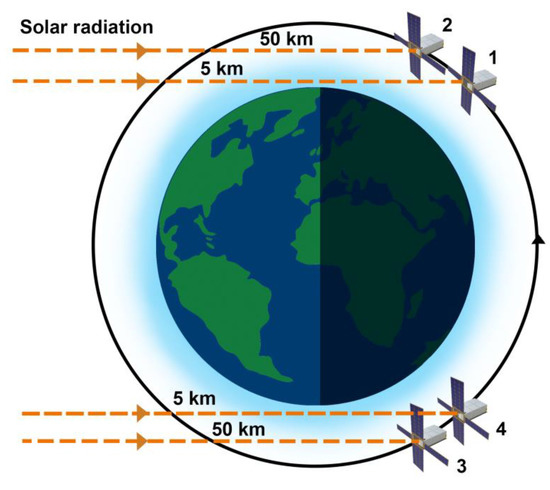 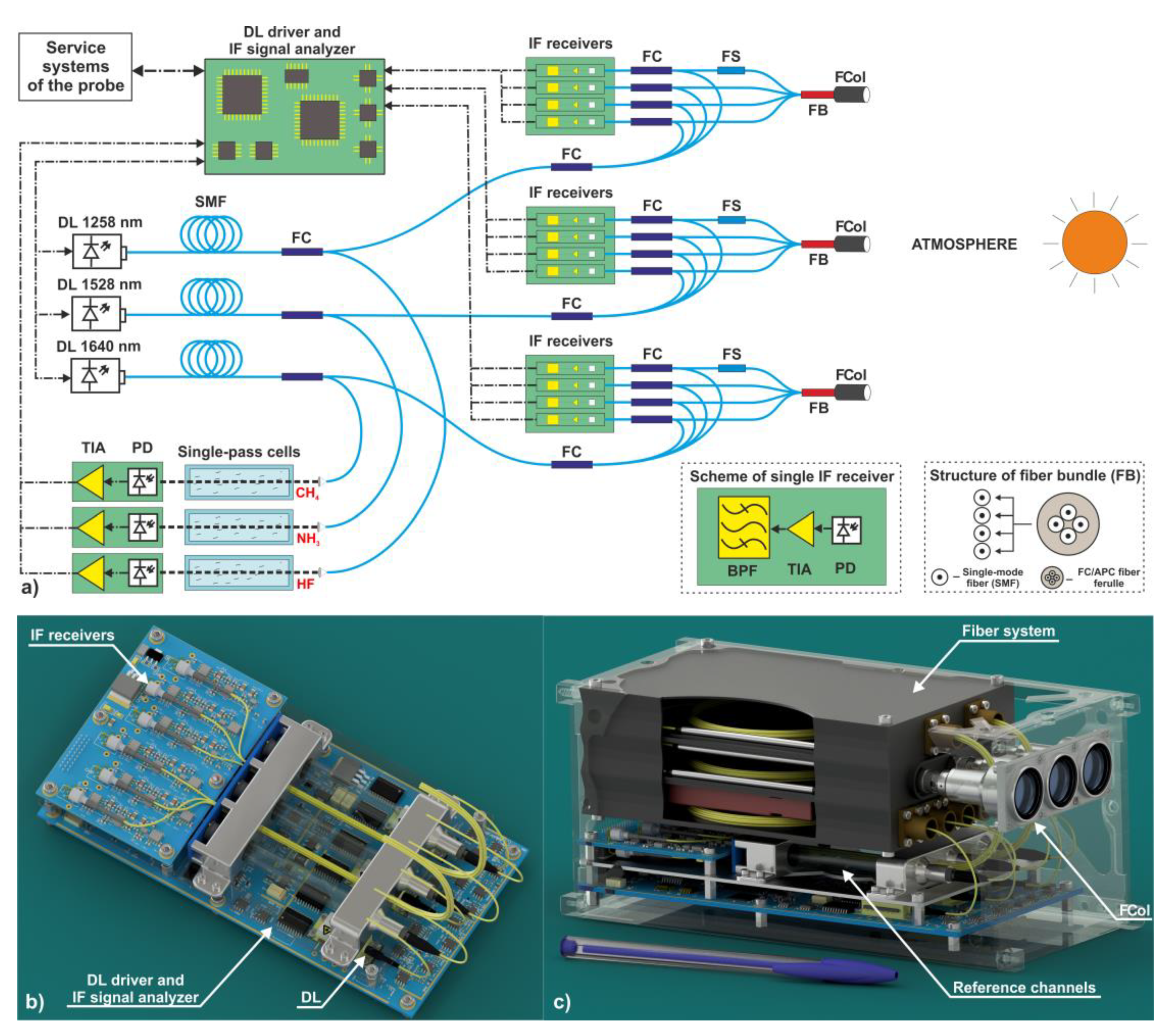 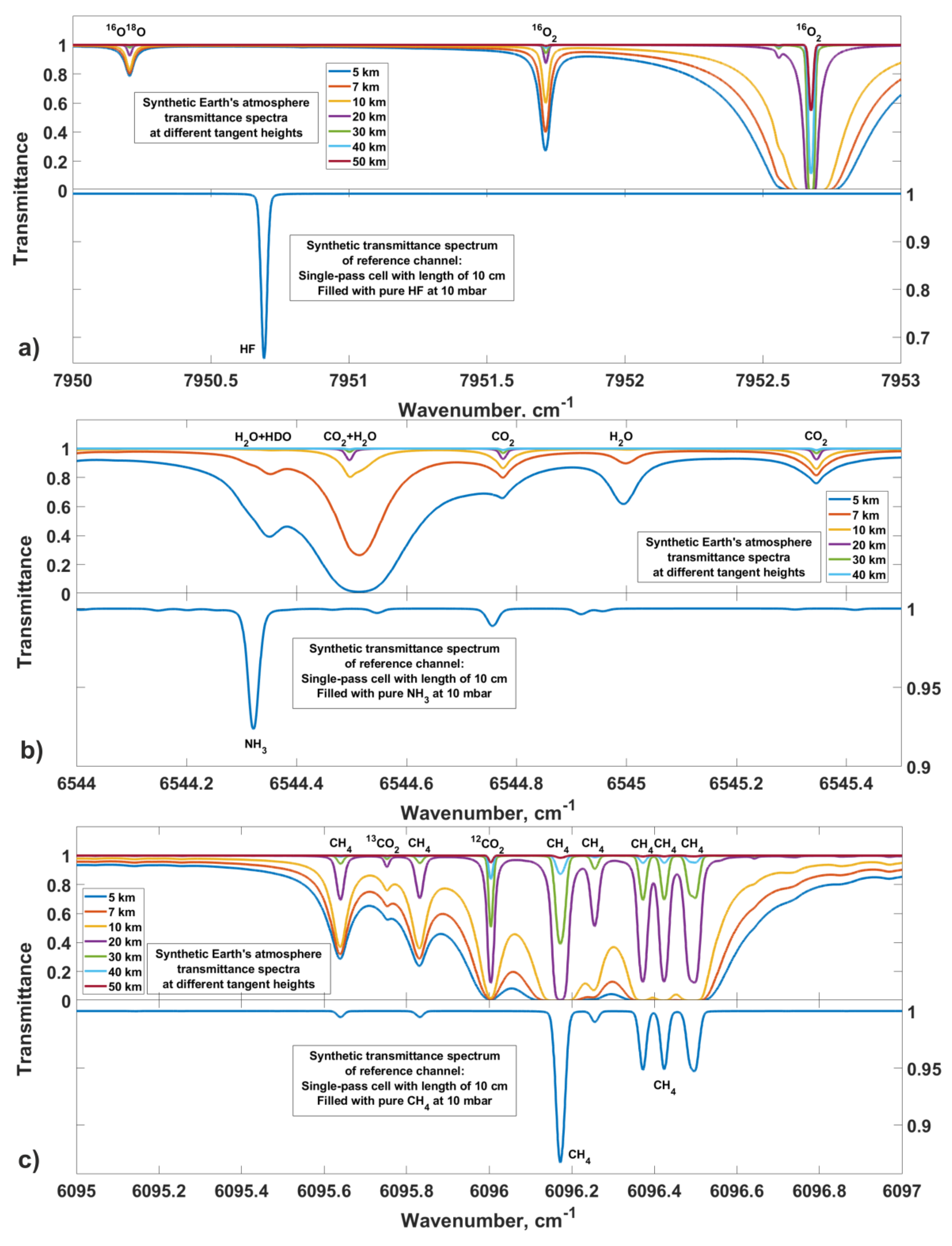 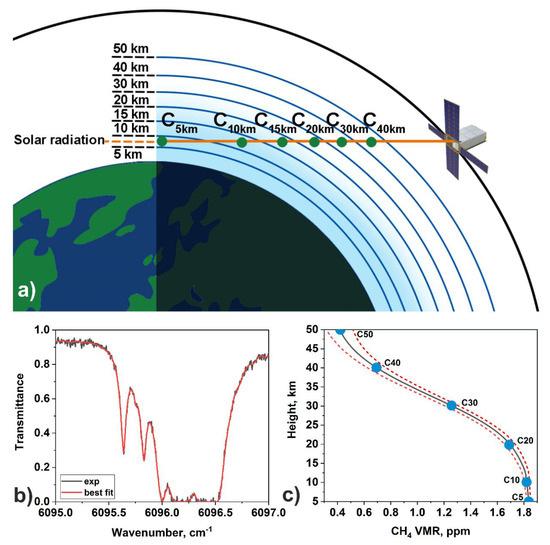