Vibrio vulnificus is a halophilic bacterium of coastal environments known for sporadically causing severe foodborne or wound infections. Global warming is expected to lead to a rising occurrence of V. vulnificus and an increasing incidence of human infections in Northern Europe. So far, infections in Germany were exclusively documented for the Baltic Sea coast, while no cases from the North Sea region have been reported. Regional variations in the prevalence of infections may be influenced by differences in the pathogenicity of V. vulnificus populations in both areas. This study aimed to compare the distribution of virulence-associated traits and genotypes among 101 V. vulnificus isolates from the Baltic Sea and North Sea in order to assess their pathogenicity potential. Furthermore, genetic relationships were examined by multilocus sequence typing (MLST). A high diversity of MLST sequences (74 sequence types) and differences regarding the presence of six potential pathogenicity markers were observed in the V. vulnificus populations of both areas. Strains with genotypes and markers associated with pathogenicity are not restricted to a particular geographic region. This indicates that lack of reported cases in the North Sea region is not caused by the absence of potentially pathogenic strains. View Full-Text
Keywords: multilocus sequence typing; virulence-associated traits; genotypes; pathogenicity potential; vibrio infection; public health risk; global warming multilocus sequence typing; virulence-associated traits; genotypes; pathogenicity potential; vibrio infection; public health risk; global warming
►▼ Show Figures 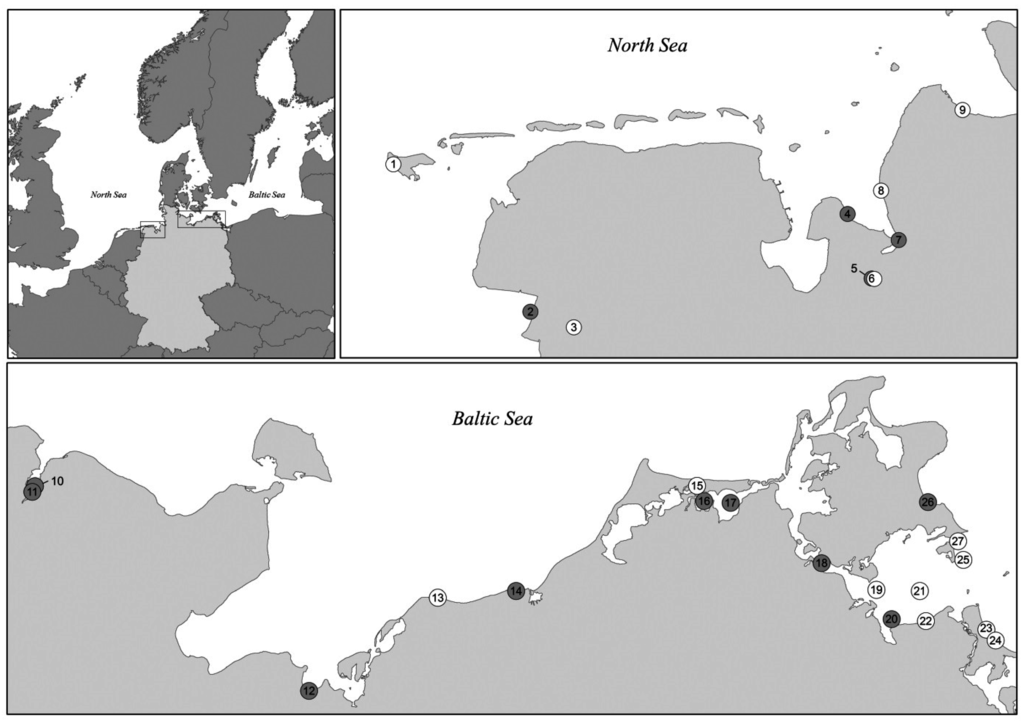