NO2 and Cancer Incidence in Saudi Arabia
Previous Article in Journal

Use of a Time-of-Flight Camera With an Omek Beckon™ Framework to Analyze, Evaluate and Correct in Real Time the Verticality of Multiple Sclerosis Patients during Exercise

Assessing the Mobility of Lead, Copper and Cadmium in a Calcareous Soil of Port-au-Prince, Haiti†

The presence of heavy metals in the environment constitutes a potential source of both soil and groundwater pollution. This study has focused on the reactivity of lead (Pb), copper (Cu) and Cadmium (Cd) during their transfer in a calcareous soil of Port-au-Prince (Haiti). Kinetic, monometal and competitive batch tests were carried out at pH 6.0. Two simplified models including pseudo-first-order and pseudo-second-order were used to fit the experimental data from kinetics adsorption batch tests. A good fit of these data was found with pseudo-second-order kinetic model which indicates the applicability of this model to describe the adsorption rates of these metals on the soil. Monometal batch tests indicated that both Langmuir and Freundlich models allowed a good fit for experimental data. On the basis of the maximum adsorption capacity (qmax), the order affinity of Pb, Cu and Cd for the studied soil was Pb2+ > Cu2+ > Cd2+. Competitive sorption has proved that the competition between two or several cations on soils for the same active sites can decrease their qmax. These results show that, at high metal concentrations, Cd may pose more threat in soils and groundwater of Port-au-Prince than Pb and Cu. View Full-Text
Keywords: lead; copper; cadmium; models; soils; sorption lead; copper; cadmium; models; soils; sorption
►▼ Show Figures 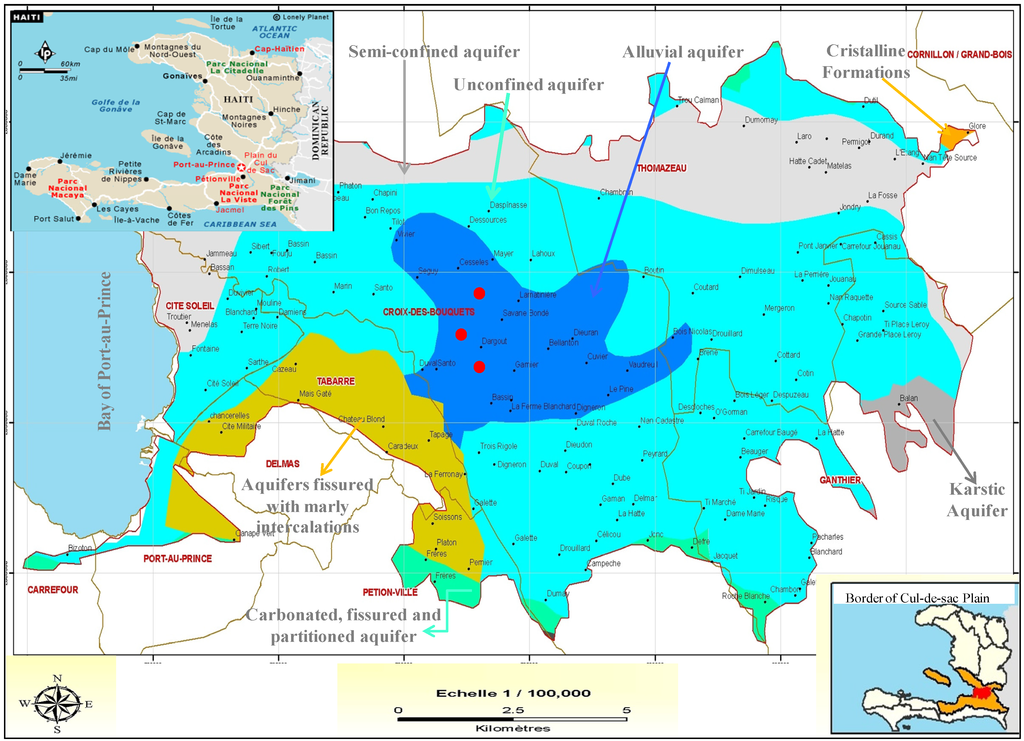 
Fifi U, Winiarski T, Emmanuel E. Assessing the Mobility of Lead, Copper and Cadmium in a Calcareous Soil of Port-au-Prince, Haiti. International Journal of Environmental Research and Public Health. 2013; 10(11):5830-5843.