PAX2 is one of nine PAX genes that regulate tissue development and cellular differentiation in embryos. However, the functional role of PAX2 in ovarian cancer is not known. Twenty-six ovarian cancer cell lines with different histology origins were screened for PAX2 expression. Two ovarian cancer cell lines: RMUGL (mucinous) and TOV21G (clear cell), with high PAX2 expression were chosen for further study. Knockdown PAX2 expression in these cell lines was achieved by lentiviral shRNAs targeting the PAX2 gene. PAX2 stable knockdown cells were characterized for cell proliferation, migration, apoptosis, protein profiles, and gene expression profiles. The result indicated that these stable PAX2 knockdown cells had reduced cell proliferation and migration. Microarray analysis indicated that several genes involved in growth inhibition and motility, such as G0S2, GREM1, and WFDC1, were up-regulated in PAX2 knockdown cells. On the other hand, over-expressing PAX2 in PAX2-negative ovarian cell lines suppressed their cell proliferation. In summary, PAX2 could have both oncogenic and tumor suppression functions, which might depend on the genetic content of the ovarian cancer cells. Further investigation of PAX2 in tumor suppression and mortality is warranty.
Keywords: PAX2; ovarian cancer; G0S2; WFDC1; GREM1; shRNA PAX2; ovarian cancer; G0S2; WFDC1; GREM1; shRNA

PAX2 is one of nine PAX genes; all of these genes have a conserved DNA sequence motif called the paired box that comprises a 128-amino acid domain in the amino-terminal portion of the protein [1]. During embryogenesis, PAX2 is abundantly expressed in the kidney [2,3], ureter [4], eye [5], cochlea [6], pancreas [7], and central nervous system [8,9] and is crucial to embryogenic development, morphogenesis, and organogenesis [10,11]. Embryonic PAX2 gene expression is largely attenuated in adult tissue although continued expression can be detected in female genital tract, breast and other tissues [12]. PAX2 deficiency has been associated with various growth defects, such as kidney hypoplasia, optic coloboma, and vesicoureteral reflux [13]. Conversely, PAX2 overexpression is associated with cystic or tumorous epithelial overgrowth [14], such as renal cystic dysplasia, renal cell carcinoma, Wilms’ tumor, nephrogenic adenoma, prostate cancer, breast cancer and ovarian cancer [15–19]. Expression of PAX2 in these cells appears to be important for tumor cell survival [17,20,21]. However, recent studies indicated that loss of PAX2 expression correlates with the development of serous carcinoma in the fallopian tube [22–24]. Similarly, the loss of PAX2 expression also correlates with the development of endometrial precancer and cancer [25]. Thus, it is possible that PAX2 could be an oncogene or tumor suppressor [12]. The function of PAX2 in the development of ovarian cancer is still unknown. In this study, using both PAX2 positive and negative ovarian cancer cell lines, we investigated the potential functional roles of PAX2 in ovarian cancer.

Potential genes affected by PAX2 knockdown were identified by gene expression profiling of TOV21G cells with PAX2 knockdown by shRNA 15839, 15840, and 15841; these expression profiles were compared to that of TOV21G-PLKO amd TOV21G-non-target control cells. Gene expression data has been deposited in the public database (Gene Expression Omnibus, GSE30501). Genes that are highly differentially expressed between PAX2 knockdown TOV21G cells and control cells were shown (Figure 5a). The up-regulation of three genes involved in suppressing cell proliferation and/or cellular movement (G0S2, WFDC1 and GREM1) was further validated by real-time RT-PCR (Figure 5b). The top 100 differentially expressed genes were listed in the Table S1.

In this study, we found that PAX2 is frequently expressed in ovarian cancer cell lines, especially for those derived from non-serous type ovarian cancers (clear cell, mucinous, and endometrioid). This is consistent with the PAX2 expression in non-serous ovarian cancer from the gene expression data of ovarian cancer patient samples with different histological subtypes (GSE6008) and our own microarray data (Figure S1). This may reflect the different molecular pathogenesis or cellular origin of serous and non-serous ovarian carcinomas [28]. We have previously shown that PAX2 did not express in normal ovarian surface epithelia but expressed in ciliated epithelial inclusion in the ovaries and epithelia cells of the fallopian tube [19]. It is possible that some non-serous carcinomas are derived from ciliated epithelial inclusions. Ovarian clear cell and endometrioid carcinomas frequently carry ARID1A mutations but none of the high grade ovarian serous carcinomas have mutation in ARID1A [29]. On the other hand, almost all high grade ovarian serous carcinomas have mutated p53 but most ovarian clear cell and endometrioid carcinomas have wild-type p53 [28]. Recent study has shown that PAX2 promoter activity is stimulated by wild-type p53 but inhibited by a dominant negative mutant p53 [30]. The binding of p53 to the chromatin regions of the PAX2 promoter was identified by ChIP-Seq using developing kidneys in mice [30]. Thus, it is possible that the prevalent expression of PAX2 in non-serous carcinomas could be partly due to its activation by wild-type p53. However, further investigation will be necessary.
To determine the functional role of PAX2, knockdown PAX2 expression in PAX2-expressing ovarian cancer cells is associated with reduced cell proliferation and cell motility. The potential oncogenic role of PAX2 in these ovarian cancer cells is consistent with previous findings in prostate cancer, colon cancer, breast cancer and renal cancer [17,18,31,32]. Wound healing assays showed that PAX2 knockdown ovarian cancer cell lines had decreased cell motility in comparison to the parental PAX2-expressing cell lines. The reduced cell motility is further supported by the identification of more than 40 differentially expressed genes involved in cell proliferation and cell movement between the control cell lines and PAX2 knockdown cell lines. Three highly up-regulated genes (G0S2, WFDC1, and GREM1) in PAX2 knockdown cells were further validated by RT-PCR. G0S2 is a small basic nuclear phosphoprotein, one of the G0/G1 switch (G0S) genes that are differentially expressed in lymphocytes during lectin-induced switch from the G0 to the G1 phase of the cell cycle [33]. The expression of G0S2 is required to commit cells to enter the G1 phase of the cell cycle [34]. G0S2 specifically interacts with Bcl-2 and promotes apoptosis through preventing the formation of protective Bcl-2/Bax heterodimers [35]. WFDC1 (whey acidic protein four-disulfide core domain 1), a secreted protease inhibitor, and has been found it to be down-regulated in various cancers including fibrosarcomas, lung, bladder, and brain tumors [36]. Overexpression of WFDC1 has been shown to inhibit the growth rate of the fibrosarcoma HT1080 cell line [37]. GREM1 (Gremlin 1) is a member of the BMP (bone morphogenic protein) antagonist family [38]. Expression of GREM1 can regulate cancer cell growth positively [39] or negatively [40]. Further investigation of the roles of these up-regulated genes in PAX2 knockdown cells will be necessary to clarify their potential tumor suppression function in PAX2-expressing ovarian cancer cells.
The effects of PAX2 knockdown on cell signaling protein expression were studied using RPPA analysis. Annexin A1 was found to be the most significant up-regulated molecule detected by RPPA in PAX2 knockdown cell lines. Annexin A1 is proapoptotic by binding to the p65 subunit of NF-κB and thus inhibiting the NF-κB signal transduction pathway [41]. The increase in the percentage of apoptic cells in PAX2 knockdown cell lines were further demonstrated by flow cytometry with Allophycocyanin-Annexin V staining. Thus, the increased expression of Annexin A1 supports the notion that PAX2 may promote tumor growth in TOV21G ovarian cancer cell line by inhibiting the early stages of apoptosis through down-regulation of Annexin A1.
On the other hand, we have also shown for the first time that over-expressing PAX2 in PAX2-negative ovarian cancer cell lines suppresses their cell proliferation. Thus, PAX2 could have both oncogenic and tumor suppression functions which will depend on the genetic content of the cancer cells. However, the molecular mechanism is still unknown and will need further investigation.

The cell proliferation reagent WST-1 (Roche Applied Science, IN, USA) was used to analyze cell viability. Cells were seeded at 8000 cells per well in 96-well plates. Cell viability of the parental ovarian cancer cell lines with PAX2 expression and PAX2 knockdown ovarian cancer cell lines at 1, 2, 4, 6, 7, 8 days were measured by adding 10 μL of WST-1 reagent to each wells. The plates were incubated from 0.5 to 4 h in a humidified atmosphere (37 °C, 5% CO2). Plates were thoroughly shaken for 1 min, and then their light absorbance at 450 nm was measured against background controls using a microtiter plate reader.

Parental ovarian cancer cells (RMUGL, TOV21G) and PAX2 stable knockdown ovarian cancer cells were cultured to confluence or near confluence (>90%) in a 6-well dish. Cells were subsequently rinsed with phosphate-buffered saline and starved overnight in low serum medium (1.5 mL; 0.5%–0.1% serum in Dulbecco’s modified Eagle’s medium). On the day of the assay, a sterile 200 μL pipette tip was used to scratch a cross-shaped wound through the cell lawn. Cells were rinsed with phosphate-buffered saline, and the low serum medium was replaced with 1.5 mL of medium containing 10% fetal bovine serum. After the wounds were created, the cultures were photographed using phase contrast at 10× magnification at 0, 5, 10 and 24 h. The TScratch program (Computational Science and Engineering Laboratory, Zurich, Switzerland) [26] was used to measure the open areas and analyze the data.

Cell lysates were extracted by using lysis buffer and were serially diluted four times from undiluted to 1:16 dilution before they were arrayed on nitrocellulose-coated slides in an 11 × 11 format. Samples were probed with antibodies by a catalyzed signal amplification system and visualized by a diaminobenzadine colorimetric reaction. Slides were scanned on a flatbed scanner to produce a 16-bit tiff image. Spots from the tiff images were identified, and their density was quantified using MicroVigene (VigeneTech Inc., Carlisle, MA, USA). Relative protein levels for each sample were determined by interpolation of each dilution curve from the “standard curve” (supercurve) of the slide (antibody). All the data points were normalized for protein loading and transformed to linear values designated as “linear after normalization”. The “linear after normalization” values were then transformed to natural log values and median-centered for hierarchical cluster analysis. Samples were probed with 217 antibodies. Based on our QC samples which were defined by the software, only 207 antibodies were included in the data analysis. A heat map was used to express overall patterns.

One million cells were aliquoted into centrifuge tubes. Cells were centrifuged, and the supernatant was decanted. One hundred microliters of diluted (1:20 dilution) Annexin V (BD Pharmingen, Bedford, MA, USA) were added to each sample, followed by incubation at room temperature in the dark for 15 min. Precipitates were washed with the Annexin V binding buffer and resuspended in 400 μL binding buffer. Annexin V expression was determined using a FACSCalibur flow cytometer (Becton Dickinson, Mountain View, CA, USA), and single color samples were used to set compensation on the flow cytometer. Data were analyzed using the Becton Dickinson CellQuest Pro software package. 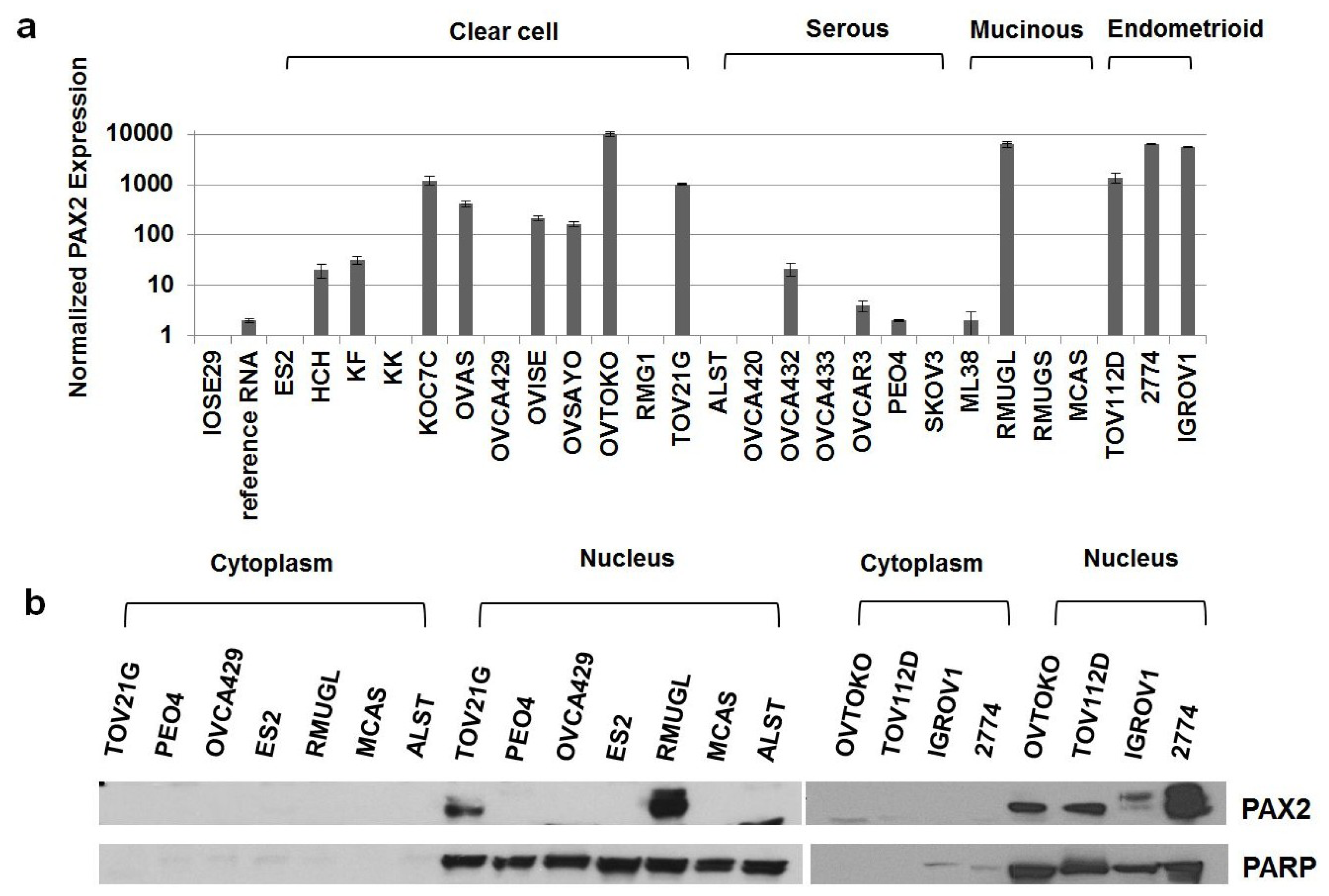 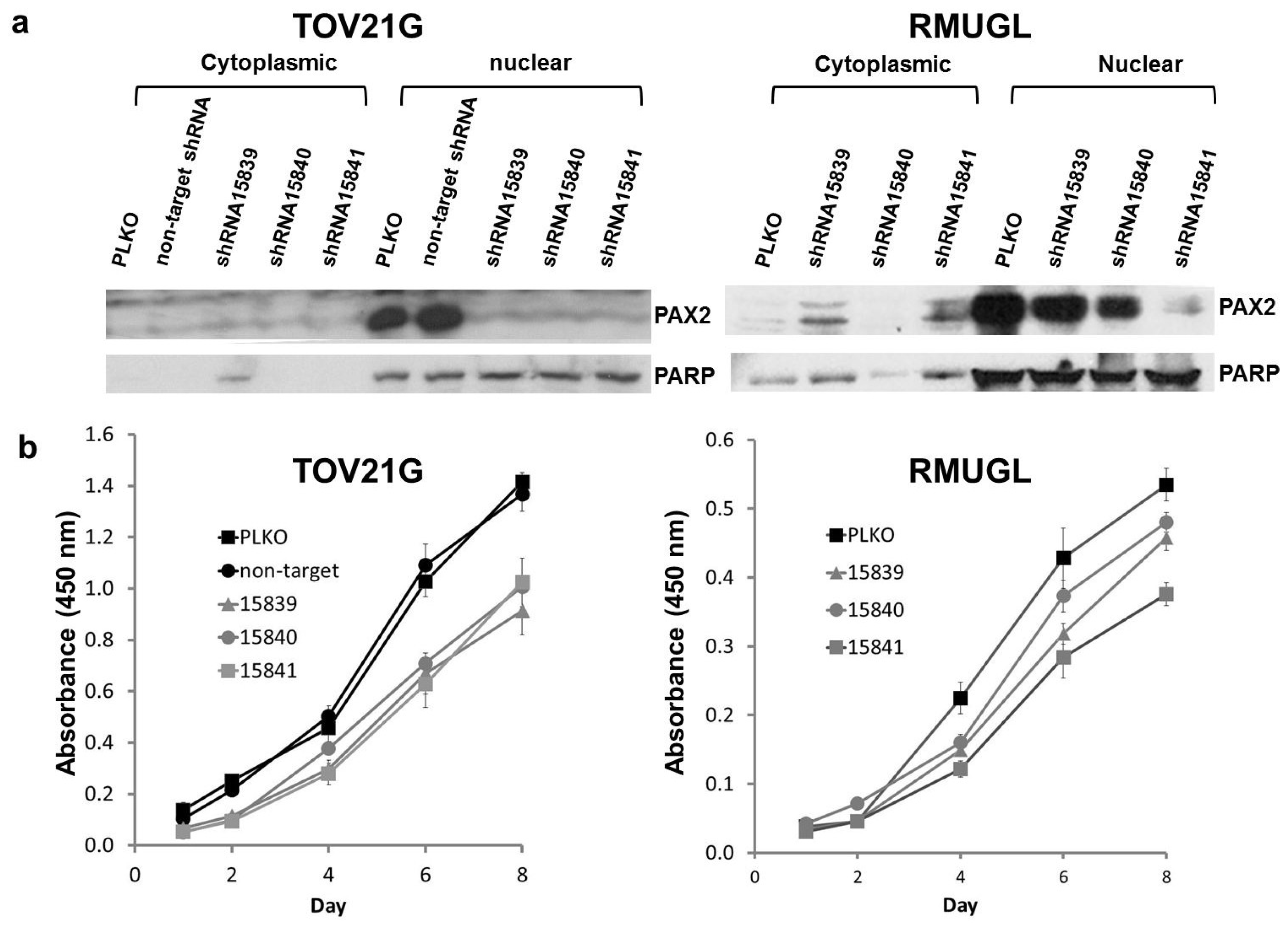 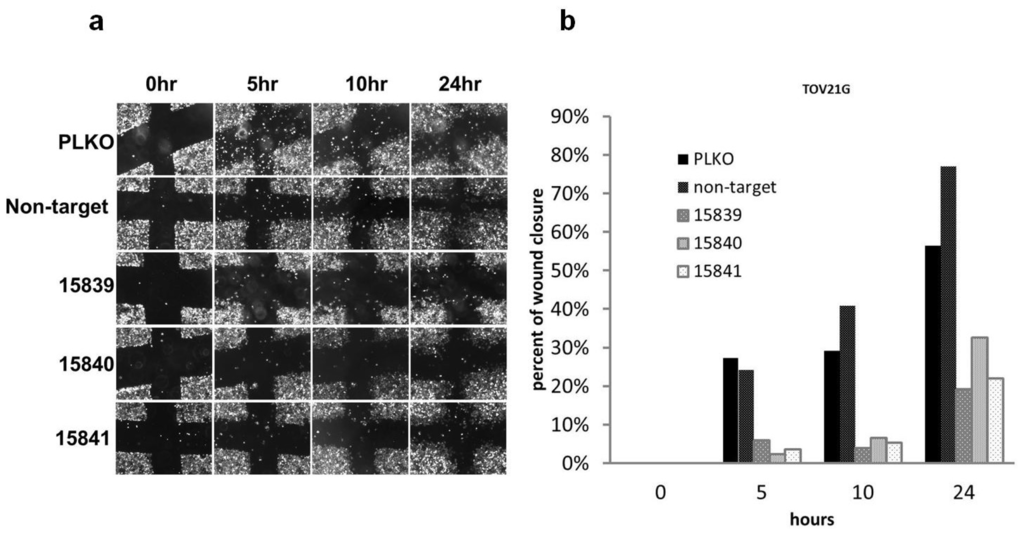 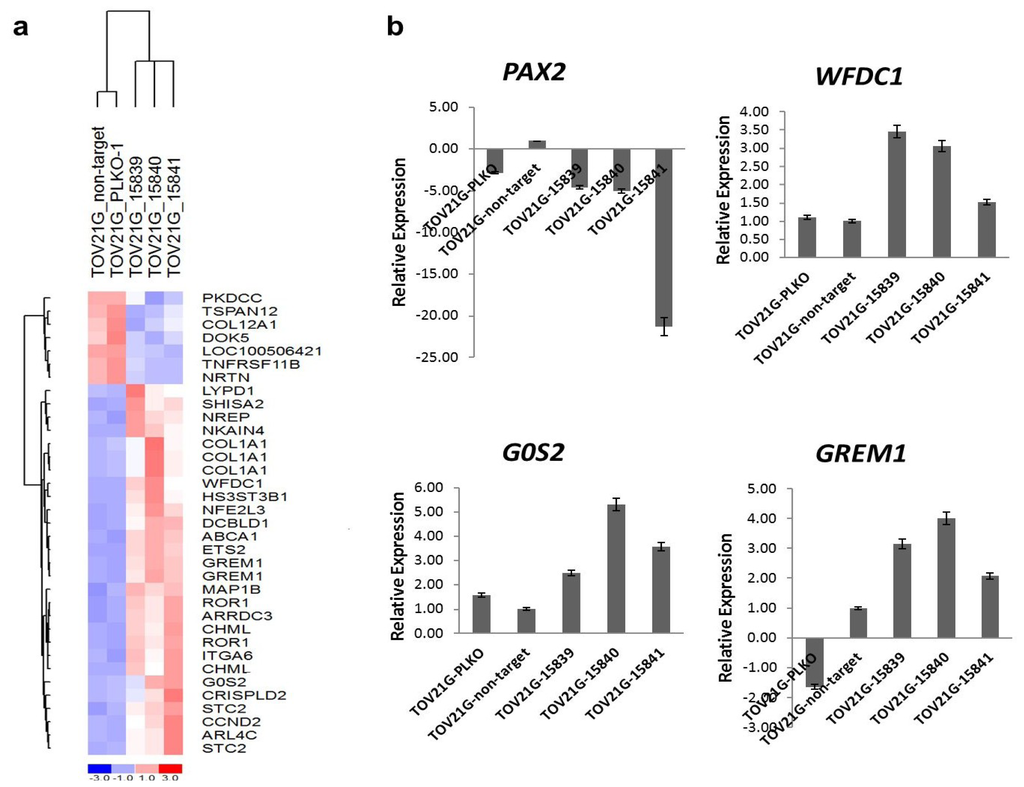 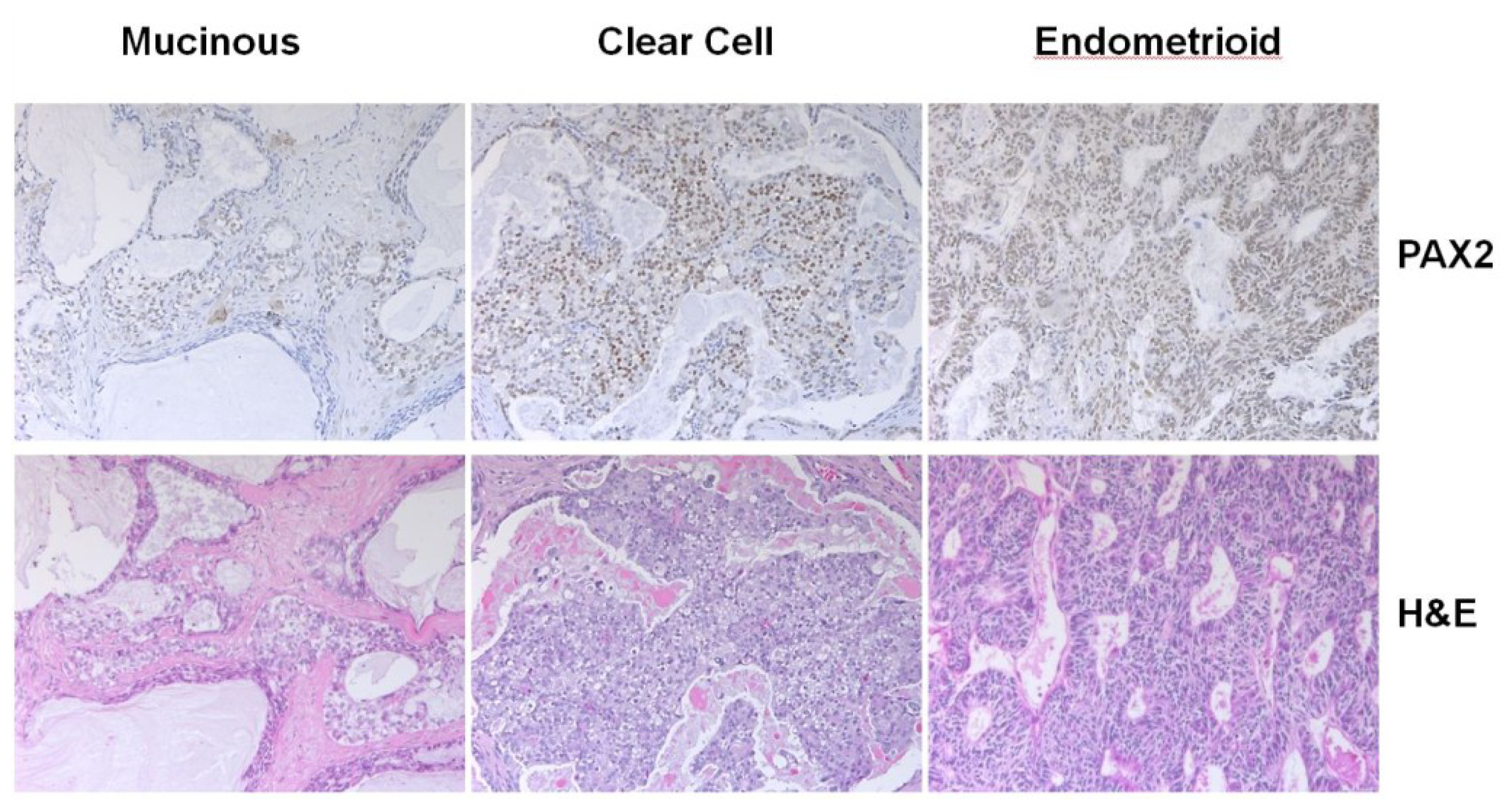