Analysis of Diabetes Mellitus-Related Amputations in the State of Espírito Santo, Brazil

Delayed neurocognitive recovery (dNCR) remains a frequent condition after surgery and is characterized as impairment of memory, attention, and concentration [1]. The frequency of dNCR is described between 30–80% [2] and depends on the type of surgery. The dNCR rate is higher for patients receiving cardiac surgery with cardiopulmonary bypass (CPB) [1]. dNCR is associated with longer hospitalization, poor cognitive and functional recovery, as well as increased mortality [2].
The etiology of dNCR is associated with genetics, inflammatory neurotransmitters, stress, anesthesia, and other factors [1,2]. There are many known risk factors for the development of dNCR. Risk factors are related to the patient (e.g., age, comorbidities, cognitive function before the surgery), surgery (e.g., CPB and cross-clamping duration, bleeding), anesthesia (anesthetics, hypotension, ventilation), and postoperative factors (duration of ventilation, bleeding) [3]. Identifying the most important risk factors may help to reduce the incidence of dNCR, and interventions could be conducted to minimize cognitive impairments postoperation [3].
Many researchers have identified that neuropsychological complications emerge from insufficient cerebral perfusion [4,5,6,7]. Transcranial Doppler sonography (TCD) could provide information about middle cerebral artery (MCA) blood flow velocity (BFV) during surgery to detect hypoperfusion episodes and cerebral embolism. Additionally, TCD has the advantage of being a noninvasive, repeatable, and safe method. TCD may be helpful in detecting MCA BFV impact on dNCR development and clarifying risk factors for cerebral hypoperfusion.
Early detection of blood-based brain biomarkers could correlate with neurological injury [8]. Neuroinflammation is one of the most important factors at the beginning of brain injury and dNCR [9,10]. Neurofilaments are protein polymers found in the cytoplasm of neurons and could be specific biomarkers to detect neuroaxonal injury [11]. It is a useful marker for amyotrophic lateral sclerosis, multiple sclerosis, Huntington’s disease, Parkinson’s disease, and sepsis-associated encephalopathy [11]. The value of neurofilaments in cardiac surgery has not been sufficiently studied and has just started to be explored. The glial fibrillary acidic protein (GFAP) is a monomeric filament protein found in the astroglial skeleton and is a specific marker of brain damage [12]. Elevation in plasma GFAP levels has been reported in adults with traumatic brain injury, stroke, or after cardiac arrest [5,8,13]. Monitoring plasma GFAP levels are often used in research after cardiac and noncardiac surgery to help identify brain injury and dNCR.
The aim of this study is to determine the most important factors in dNCR development based on neurocognitive evaluation and brain biomarkers neurofilament heavy chain (Nf-H) and GFAP.

This prospective observational study was conducted for 140 patients undergoing elective heart surgery at the Department of Cardiothoracic and Vascular Surgery in the Hospital of Lithuanian University of Health Sciences Kauno Klinikos from April 2018 to April 2019. Permission was obtained from, and the research was approved by the Kaunas Regional Bioethics Committee (Nr BE-2-3) and the Institutional Review Board (NCT03641833). All patients signed a “participation in research” form. Inclusion criteria were elective heart surgery with CPB and age > 18 years. Exclusion criteria were patients suffering from diseases causing cognitive dysfunction (stroke, epilepsy) or using agents affecting the central nervous system, multiple organ dysfunction syndrome, deficiency, emergency or re-surgery, carotid artery atherosclerosis with a reduction in artery diameter of 50% or more, and patient’s disagreement. The study design is shown in Figure 1.

Neurocognitive evaluation tests were performed one day before surgery and 7–10 days postsurgery before leaving the hospital. They were chosen to determine many different domains and included:

All patients received premedication of 1–2 mg oral clonazepam and the half dose of the used dose of metoprolol.
Patients received general anesthesia. Induction was performed with fentanyl 1–2 μg/kg i.v.; propofol 2–2.5 mg/kg i.v.; rocuronium 0.5–0.7 mg/kg. Lungs were ventilated with a supply of oxygen/air 50–60% after intubation. Anesthesia was maintained with sevoflurane (MAC 1–2%) and fentanyl (10–12 μg/kg) for analgesia. Middle sternotomy section and standard technique for anastomosis formation and valve surgery were performed for all the patients. After systemic heparinization and cannulation, CPB was established using a roller pump, “Stockert III”, and hollow-fiber membranous oxygenator “Compactflo D703” (Dideco, Mirandola, Italy). The CPB circuit was primed with 1200–1500 mL of Ringer’s acetate crystalloid solution and 10,000 IU of heparin. After full CPM support, pump flow was maintained at a cardiac index of 2.4 L/min/m [2]. Cardiac arrest was achieved with cold hypercalcemic St. Thomas according to clinical protocol.
Standard monitoring of vital signs consisted of an electrocardiogram, heart rate, invasive arterial blood pressure, pulse oximetry, esophageal and body core temperature, central venous pressure, and urine output. Bispectral index (BIS) was maintained 40–60 for adequate depth of anesthesia. Mean arterial pressure was maintained between 50 and 75 mmHg by infusion of intravenous fluids and administration of sympathomimetics if needed. Normothermia was maintained during surgery.
All patients were transferred to the intensive care unit (ICU) after surgery and treated according to ICU protocols.

The TCD technique was performed with a Sonara transcranial Doppler device with 2 MHz ultrasound transducer through the temporal window. Mean flow velocity was evaluated 1 day before surgery. Patients were excluded from the study if the window for MCA blood flow evaluation was not found or the signal was not clear enough. According to the literature, about 5–37% of the patients had inadequate Doppler signals because of an insufficient acoustic temporal window or window failure during transcranial Doppler examination [15,16,17,18]. Hence, 15% of patients were rejected due to these reasons in our research. The Ml MCA stem usually lies at depths of 40–65 mm and is dependent on the size of the patient’s head [19]. It bifurcates into two divisions at a depth of 40–45 mm [19]. The monitoring was started by performing the technique at a depth of 50 mm; if the artery was not found or the waveform was not good enough, the depth was increased to 50–60 mm [19,20]. The normal spectral waveform shows a sharp systolic upstroke and stepwise deceleration with positive end-diastolic flow. The same operator performed all the measurements. The following evaluation was performed after anesthesia induction, before the beginning, the middle and the end of the CPB, and postsurgery in the ICU. Manual fixation of the probe was used. Monitoring was performed on both sides at a depth of 50–60 mm, depending on the patient’s constitution and curve quality. The normal values, according to the literature, were considered to be 30–80 cm/s [18].

Blood samples for GFAP and neurofilaments heavy chain (Nf-H) were collected after anesthesia induction, 24 and 48 h after surgery. Both samples were analyzed by an enzyme-linked immunosorbent assay kit and designed for the quantitative measurements of GFAP and Nf-H in tissue and cell extracts. Measurements were made according to the manufacturer recommendations: GFAP—abcam, United Kingdom, Nf-H—antibodies-online, Germany. A signal was generated to the amount of bound analyte, and intensity was measured at 450 nm wavelength for both biomarkers. The lowest detection limits are defined as a mean-value of an analite-free sample plus three times the standard deviation and are the smallest clearly detectable concentration. According to the manufacturer’s recommendation, GFAP values in blood were 0.781 ng/mL and Nf-H 78.13–5000 pg/mL.

The normality of data was assessed with Kolmogorov–Smirnov or Shapiro–Wilks tests. The study power (β) was calculated according to the incidence of dNCR. The dNCR was determined for 40% of patients. The estimated study power was 0.984, with a sample size of 101 patients and a 0.05 rate of type I error. The estimated size effect was 0.87, with a rate of type I error 0.05, type II error 0.2, the number of patients in the group I—41, in groups 0—60, and proportion 0.6. Normal distribution data were expressed as mean ± standard deviation (SD). Groups were compared by independent samples t-test. Non-normal distribution data were expressed as median (min, max). For nonparametric statistics, a Mann–Whitney U-test was performed for comparison between groups. The difference in frequency distribution between groups was determined by the chi-square test. Pearson correlation analysis was performed to determine the association between two variables (ACE-III test results and age, CO2, hematocrit, MCA BFV during bypass and others).
The independent factors selection process was made with a univariate analysis of each variable. Any variable having a significant univariate test was selected as a candidate for logistic regression. Logistic regression was used to analyze how independent variables (age, MCA BFV during bypass, CO2, hematocrit) determine the probability of developing dNCR (dependent variable). dNCR was coded 0/1. The backward conditional method was chosen.
The statistical analysis was performed using IBM SPSS Statistics software (v. 23.0, Chicago, IL, USA). Statistical tests were two-sided, with p < 0.05 considered significant.

In total, 101 of 140 patients completed ACE-III, MoCa, and CAM tests. They consisted of 33 females (32.70%) and 67 males (67.30%), mean age 69 (SD 9.10).
dNCR was diagnosed if at least one test determined cognitive impairment, and it was identified for 41 (40.60%) patients. Delirium was diagnosed for 11 (10.90%) patients according to the CAM scale.
According to the neurocognitive test results, patients were enrolled in two groups: patients without cognitive dysfunction after surgery were included in the first (non-dNCR) group and patients with delayed neurocognitive recovery were included in the second (dNCR) group. Groups were not differentiated according to sex, surgery type, comorbidities, duration of bypass and cross-clamping, ejection fraction, or bypass pump flow.
Demographic, preoperative, intraoperative, and postoperative characteristics are shown in Table 1.

This study has several limitations. TCD was performed and BFV measured at the selected points of surgery. It would be more useful to monitor blood flow velocity continuously during all operations. This is a small sample of a one-center study. A multicentric study with a bigger sample size will provide more precise results. Additionally, there was no assessment of long-term neurocognitive disorders. Patients were discharged for rehabilitation or home, and we did not succeed in assessing mild neurocognitive disorders for most patients.

The most important factors in developing dNCR are older age and middle cerebral artery blood flow velocity decrease during bypass. The probability of developing dNCR increases 1.22 times with every one year of increased age (p < 0.01). The probability of developing dNCR decreases 1.07 times with an increase of blood flow velocity within 1cm/s during bypass (p 0.02) Neurofilaments heavy chain (Nf-H) and GFAP were not helpful in diagnosing dNCR, and we do not recommend their routine use. 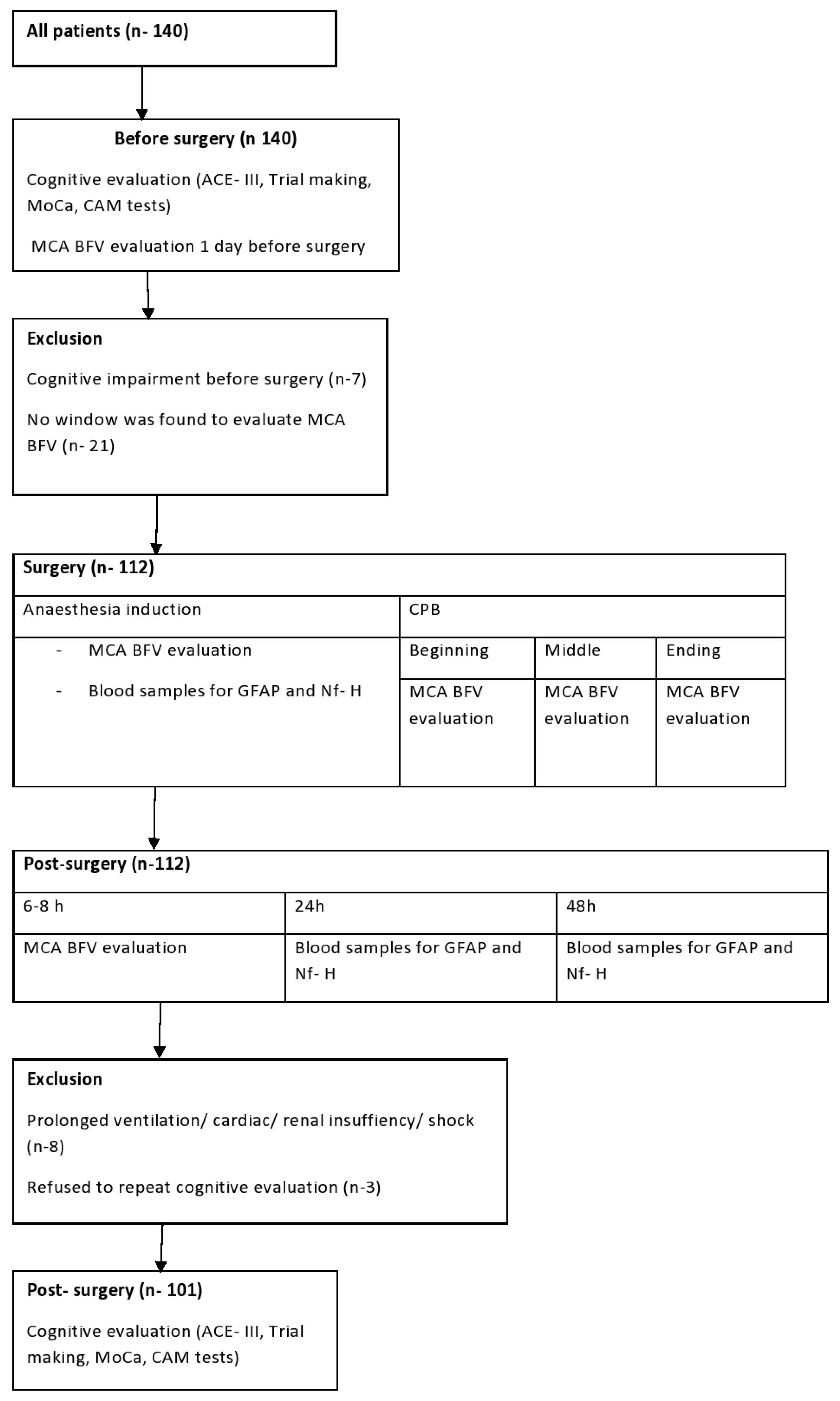 Table 6. Logistic regression analysis results.
Table 6. Logistic regression analysis results.
© 2020 by the authors. Licensee MDPI, Basel, Switzerland. This article is an open access article distributed under the terms and conditions of the Creative Commons Attribution (CC BY) license (http://creativecommons.org/licenses/by/4.0/).
We use cookies on our website to ensure you get the best experience. Read more about our cookies here.
Accept
We have just recently launched a new version of our website. Help us to further improve by taking part in this short 5 minute survey here. here.
Never show this again