Background and Objectives: Implant stability in vivo is contingent on multiple factors, such as bone structure, instrument positioning and implant surface modifications, implant diameter, and implant length. Resonance-frequency analysis is considered a non-invasive, reliable, predictable, and objective method by which to evaluate implant stability, due to its correlation with bone-to-implant contact. The purpose of this study was to evaluate the effect of implant length on the primary and secondary stability of single-implant crown rehabilitations, as measured by resonance-frequency analysis at different times. Materials and Methods: Implants of 10 and 11.5 mm were placed, and the resonance frequency was measured at the time of surgery (T0), as well as at 3 (T1), 6 (T2), and 12 (T3) months post-surgery. Results: A total of 559 implants were placed in 195 patients. Significant differences were observed when comparing the implant stability quotient (ISQ) values at T1, with values for 10-mm implants being greater than those for 11.5-mm implants (p = 0.035). These differences were also observed when comparing ISQ values for buccal and lingual areas. At T0, T2, and T3, no significant differences in ISQ values were observed. The use of 10-mm implants in the anterior maxilla yielded significantly greater values at T0 (p = 0.018) and T1 (p = 0.031) when compared with 11.5-mm implants. Significant differences in measurements were observed only for buccal areas (p = 0.005; p = 0.018). When comparing the sample lengths and sex, women with 11.5-mm implants showed significantly lower results than those with 10-mm implants (p < 0.001). Conclusions: There is a direct relationship between implants of a smaller length and greater ISQ values, with this relationship being most evident in the maxilla and in women. View Full-Text
Keywords: dental implant; implant length; primary stability; resonance frequency analysis; secondary stability dental implant; implant length; primary stability; resonance frequency analysis; secondary stability
►▼ Show Figures 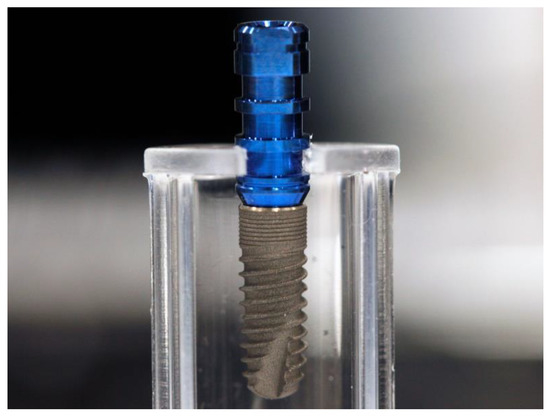